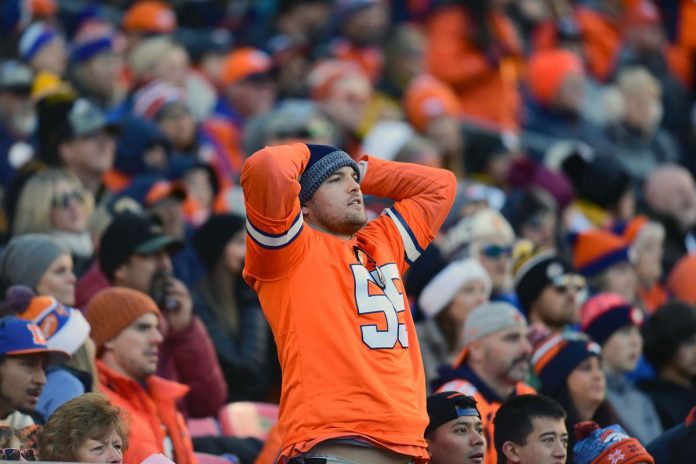 Here we are Bronco fans at the end of the fourth consecutive losing season for the Denver Broncos.

Three of the four came under the leadership of former Bronco Head Coach Vance Joseph. The fourth, this season, under Head Coach Vic Fang

How did we get here?

The season started with Joe Flacco at quarterback. Flacco played eight  games and went 2-6 during his tenure in 2019. Even with a Flacco shutout of the Tennessee Titans, Flacco didn’t score a TD by passing. That 16-0 shutout was scored by one Phillip Lindsay 2-yard rush and three McManus field goals.

Needless to say, the Flacco experiment was a complete failure. When Flacco went down, mercifully, with a neck injury, next man up was Brandon Allen. Allen started out with a win against the Browns and quickly fell apart in the next two games he played. Allen finished his stint with the Broncos 1-3 with three TD’s, two interceptions, and a quarterback rating of 38.6. Obviously, not the guy.

Enter the gunslinger Drew Lock. Lock started his career with the Broncos with a thumb injury during a preseason game against the Niners and was promptly put in injured reserve. He wasn’t activated to the roster until late November. Since playing his first NFL game against the Chargers on December Lock, (prior to the Raiders game) has gone 3-1, including an outstanding 38-24 win against playoff-bound Texans.

Besides the emergence of Drew Lock, several offensive players have shined this season. Number one among those is Courtland Sutton. Sutton had his second season receiving over 1,000 yards. His ability to catch the 50/50 ball has put him in the conversation with players like Julio Jones and Calvin Johnson. In his short career, Sutton has averaged 16-yards per catch.

Phillip Lindsay. Lindsay took the league by storm in his rookie season last year with 1,037 yards and a pro bowl nod. This year Lindsay is on pace for his second 1,000 yard rushing season.

Noah Fant. Fant started out slow in 2019 and perennial Bronco critics were calling him a bust early in the season. Since then Fant has shown great potential and has a “never say die” attitude after the catch. Fant has 39 catches, 558 yards receiving, and 3 TD’s this season. Noah Fant is now ranked second among rookie tight ends of 2019.

The great Von Miller didn’t live up to his usual self. Miller didn’t get his first sack of the year until week four against the Jaguars, when he got two sacks. Since then he’s only accumulated another five sacks. Despite his lack of sacks, Miller has played well at disrupting quarterbacks all season long.

Two players who excelled this year on defense are Shelby Harris and Kareem Jackson. Harris racked up six sacks, one forced fumble, and a number of batted balls this season. He’s been on quarterbacks like a duck on a June Bug all season.

Jackson has two interceptions this year but that isn’t where he shined. He’s hitting receivers like a Mack truck. Against his former Texans team had one fumble return for a TD.

Now at the close of the 2019 season, the Broncos face some tough decisions in free agency. Five players coming off their rookie deals: safety Justin Simmons, safety Will Parks, defensive end Adam Gotsis, running back Devontae Booker, and center Connor McGovern. Plus veteran free agents Chris Harris (cornerback), Derek Wolfe and Shelby Harris (defensive end) will all be looking for contracts or other teams.

Of those guys, Justin Simmons, Shelby Harris, and Connor McGovern are must have back players. The rest will be on the trading block or have to sign low end contract deals. Fortunately, the Broncos are projected to have $63.5 million dollars in cap space for 2020.