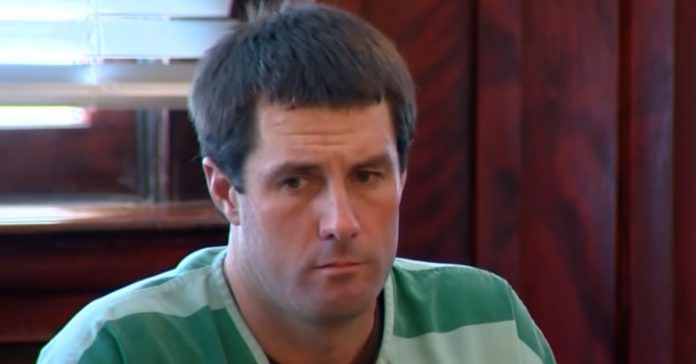 Early last week, the last scheduled proceeding in what some locals have dubbed as “The Trial Of The Century” ended with a conclusion that didn’t offer too many surprises, considering the bombardment of stern evidence presented by prosecutors against a Florissant rancher and murder suspect.

After deliberating for a little more than three hours, a Teller jury concluded that Patrick Frazee was guilty of all six felonies being charged against him, including the brutal, fatal beating of his former finance with a baseball bat. 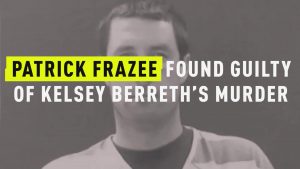 The day started with the judge reading 22 detailed instructions to the jury on exactly how they were to reach and report their verdict. After the instructions were given, the judge gave the prosecution and defense teams an hour for their closing statements.

Prosecutor Beth Reed began her closing statement by saying, “We would like nothing more than for Kelsey Berreth to walk through that door. But, that’s never going to happen.” She then put a quote from Patrick Frazee on the big screen, saying, “That’s never going to happen” that depicted what Frazee had said to a friend when they said to him, “Kelsey might just return.”

The prosecutor then started explaining the entire timeline of the murder from the moment witnesses said that Frazee started talking about and planning the murder of his former fiancée. She spoke with emotion and drama as she explained that Berreth thought she was planning her future in the days before her death and that Frazee went through with something he had planned for a long time when he murdered her.

She gave visual aids to all of her arguments during the closing statement on the big screen that showed quotes that witnesses say Frazee said to them in big, bold letters. “You know how hard it was to eat Thanksgiving dinner while Kelsey was (dead) in the truck?” and “I wouldn’t do it that way again, it was inhumane,” were both quotes that the jury saw on the projection screen.

The defense attorneys then came out with their closing argument, and a new sense of passion was exhibited by Frazee’s public defender, Adam Steigerwald. Steigerwald started his closing argument by saying, “You are being asked to ignore common sense and evidence.”

He then tried to poke holes in the prosecution’s case by asking the jury a series of questions that were put in bold letters on the big screen. He started by pointing out “What there is not,” and he described factors that the prosecution was missing in order to make a good case against his defendant. These points coincided with their opening statements, indicating the case against Frazee didn’t add up and contained structural foundation issues.

After the defense ended their closing statement, District Attorney Dan May stood up 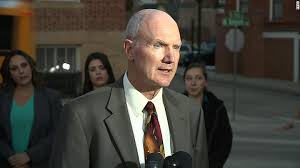 for the rebuttal and made a few final points. He directly explained parts of evidence and testimony that were direct and not circumstantial.

He then explained to the jury why Frazee should be convicted by saying, “He beat her and beat her” and then repeated the phrase “and beat her” for a total of 15 times which is the maximum range an expert gave during the trial to estimate how many times Berreth was hit in the head by Frazee. He ended his rebuttal by using Berreth’s last words, “please stop.”

During the jury’s deliberation period, the jury asked the judge a question and requested to see a still image of Frazee at Berreth’s condo. The jury then rather quickly came out at around 3 p.m. on the final day of the trial.

This marked probably one of the swiftest deliberations for a murder trial in Teller County, and one that involved so much evidence. More than 60 witnesses testified, and the trial lasted for several weeks. However, the jury only deliberated for a little more than three hours.

After the jury gave the guilty verdict, the judge quickly held the sentencing hearing, and statements from Berreth’s mom along with former co-workers and friends were given. The judge gave Frazee life in prison without parole for the charge of first- 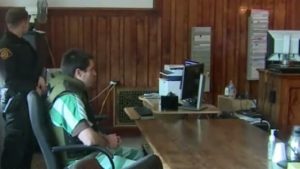 degree murder and then 156 years for all of the other charges. The judge also got quite emotional in verbally attacking Frazee for planning and committing a violent murder of his former fiancé, even though she cared for him the previous day.

During a press conference after the sentencing, the district attorney was also quite emotional as he addressed the public. When he was asked about what he felt was in store for Lee, Frazee’s mistress and helper in the crime, he said, “That is the hard part of my job that I don’t like. I made a deal with the devil,” and “She deserves every day in prison she does or doesn’t get.” 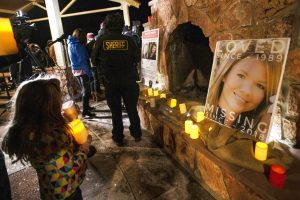 Once the verdict officially came out, people of the community finally saw some closure in the case. Last Friday, exactly a year after Berreth’s murder, a candlelight vigil was held for the Woodland Park woman at the town Memorial Park.

During the vigil, several members of the community showed up at the park to show their support for Berreth. The people at the vigil stood by the park’s historic fireplace by the lake and concentrated on talking about Berreth’s life and not about how she was brutally killed Thanksgiving Day, 2018. Then, last Saturday, members of the community held a celebration of life for Berreth at a local church.

Now that the case is over, most people have been talking about the fate of Krystal Lee, Frazee’s accomplice and former mistress. As a part of Lee’s plea bargain, she made with the district attorney, the Idaho woman pleaded guilty to tampering with evidence which a class six felony. Lee could receive anywhere from 18 months in a halfway house to three years in prison.

Earlier on in the case, District Judge Scott Sells said that he would wait to sentence Lee until after Frazee’s trial but would get her sentenced within eight weeks of the trial ending. Next Monday, Lee is due in the Teller County courthouse for a review hearing and it is unknown whether the judge will sentence her during that court date or not.

Even though the trial is finished and Frazee has already been sentenced, the convicted murderer is due back in court next week. Next Thursday, Frazee is scheduled for an advisement hearing that it is believed to have to do with the custody of the daughter Frazee and Berreth shared.