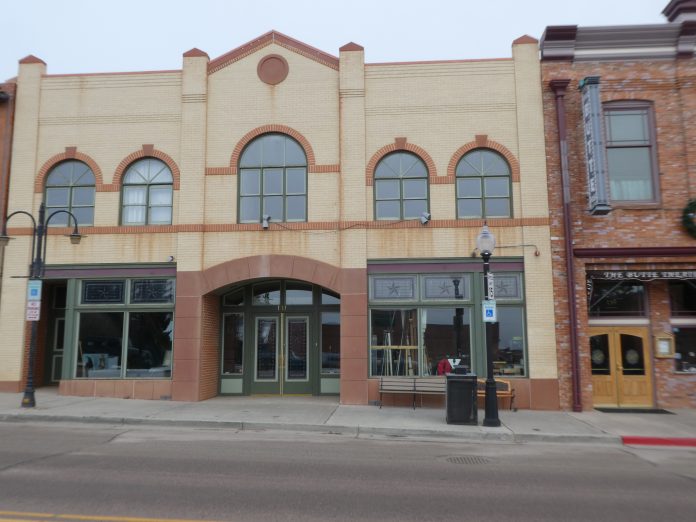 After weeks of speculation, the city of Cripple Creek has apparently agreed to follow in the footsteps of the ousted Butte Theatre Foundation by buying the adjacent Star building on Bennett Avenue.

According to city officials, Cripple Creek will enter into a cash deal and purchase the Star for $325,000 from the Aspen-based owners. “It’s a real plus for the city,” said Finance Director Paul Harris.

Harris and other officials described the deal as a bonus from a logistic standpoint, considering the location of the Star in storing equipment and costumes and related material for the Butte Theater next door.

Butte Theater Manager Mel Moser cited the ability to create sets for future shows at a much faster rate under the transaction. He said it would allow the Butte to operate in a much more efficient manner with the real estate purchase.

The actual transaction isn’t that surprising, but the timing may raise a few questions.

In early September, the city agreed to part ways with the Butte Theater Foundation after concerns mounted over the fiscal operations of the Butte. One of these issues dealt with the Foundation’s expansion pursuit in trying to buy both the Star and even the Golden Horseshoe, as part of a $1 million-plus expansion.

At a previous meeting, Emily Andrews, executive director of the Butte Theater Foundation, told the council that a previous contract for the Star was in the works. This statement reportedly irked many council members, and the following day, a lease agreement and fiscal contract between the city and Foundation was severed. At the same time, the city agreed to re-establish relations with the Thin Air Theatre Company (TATC).

But at last week’s meeting, the city didn’t rehash past differences with the Foundation. They mainly touted the real estate arrangement as a win-win for the city.

The only cautionary comments came from Ward Four representative Tom Litherland, who said he objected to seeing the city get involved in the real estate business. “I am not real happy about spending that kind of money,” said Litherland.

Other council leaders described the transaction as a good opportunity for the city and described the Star, which once served as a former casino, as an ideal building for the theater’s purposes

Not A New Expansion Bid

The idea of purchasing the Star building isn’t new.

For a year and a half, the Foundation embarked on an aggressive campaign to pursue a big expansion for the Butte with plans to develop a lobby/lounge, an extra entertainment spot, galleries and display areas.

The project was called the “West End Performing Arts Complex,” and the nonprofit group started an aggressive fund-raising campaign. The purchase of the Star was considered the first phase of the expansion.

City leaders, though, were a little nervous about this effort, and contended that the Foundation needed to put more emphasis on the theater operations and in trimming costs for the city.

Under the new contract with TATC, the city wants to return to the way the theater operations were handled in the past, with the city taking a larger management role. The city will give TATC a set amount for producing shows, while the city keeps all the proceeds and related grant funds.

Since giving the Foundation the boot, the city officials were somewhat non-committal about pursuing the real estate purchase of the Star. “That is really up to the Foundation,” said Campbell in describing this expansion bid, in a previous interview. “We were never involved in any of this.”

According to sources, the city officials actually supported some of the plans proposed by the Butte Theater Foundation. Officials were nervous about the aggressive timeline, and were bothered by the Foundation’s attempt to operate as a separate entity.

Foundation leaders, though, say, they wanted to make the theater more self-sufficient and that the relationship with the city was evolving.

Regardless of this dispute, many locals are happy about the return of TATC, which operated the Butte previously for 10 years. According to Moser, TATC plans to do five shows next year, which is a reduction from what was done the las two years. But he said the performances will have a longer run period. Also, Moser said the shows will have a more historic feel.

With the acquisition of the Star, Moser believes the city and TATC may be able to do more shows in the future.