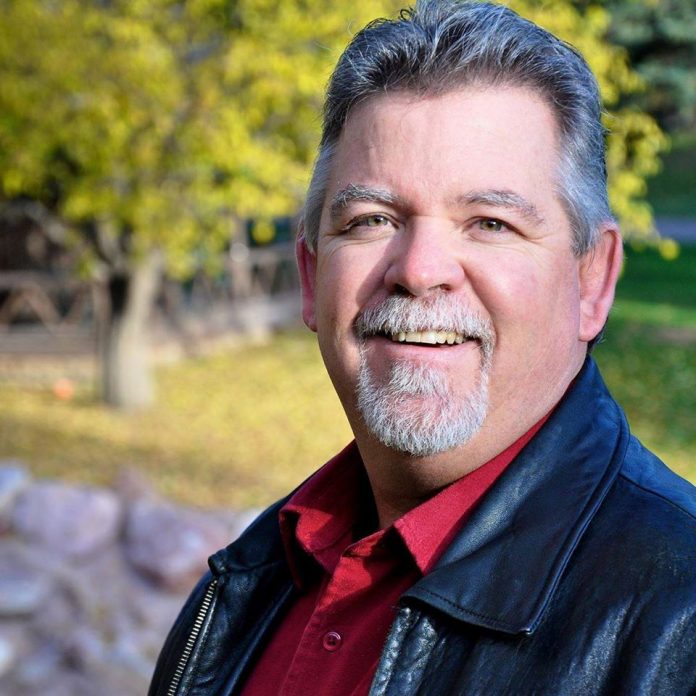 The race is on for Teller County’s District 3, County Commissioner seat, currently held by Norm Steen.

The competition for this position took a new surprising turn last week, as Erik Stone, the vocal chairman of the Teller County Republican Party, announced his candidacy for commissioner during a GOP Central Committee meeting.

“I want to be a champion for the citizens of Teller County,” Stone said, in an official announcement and press statement.  “After this last legislative session, with all of the horrendous legislation that was passed, I came to the realization that the role of county commissioner was going to have to necessarily change. In Teller County, it’s not enough for a commissioner to just be fiscally conservative and constitutionally conservative.  Commissioners are going to have to do more. We’re going to need commissioners that can be champions for our citizens and build coalitions with neighboring and rural county commissioners to build a wall against those in Denver that would attempt to infringe upon our first liberties.  I believe I can do that for Teller County.”

Stone will be challenging Phil Mella, a former Woodland Park council member, mayor pro tem and planning commission veteran, for the GOP nomination in what could be the most competitive commissioner race next year. According to political insiders, both contenders are considered good candidates with strong ties within the Teller GOP Party and in the Woodland Park area.

Mella, who has been attending many county meetings for months, announced his candidacy at the GOP Big Tent event at the end of August.

As part of his bid, Stone will be stepping down from his position as the county’s Republican Party chairman, which he has held for three years, in order to run for the seat. “It’s been my honor to lead this organization”,  We’ve accomplished so much together, and it is bittersweet to step down as your chairman, but it is the right thing to do,” he stated

As for top priorities, Stone said supporting the sheriff’s office will become a top goal if elected commissioner.  “We’ve got a great sheriff in Teller County, perhaps the best in Colorado, and as commissioner, I want to ensure that Sheriff (Jason) Mikesell has the resources he needs to keep Teller County safe.”

A 2019 graduate of the Leadership Program of the Rockies, Stone said as commissioner he will focus on ensuring that the county government continues to run as a lean and effective organization. He also cited the importance of pursuing opportunities to influence and promote cooperative services that will benefit veterans in Teller County.

“I understand the proper role of government,” said Stone.  “That role is to have as little intrusion upon the day to day lives of citizens as possible while still providing the crucial services demanded by taxpayers.  Our current commissioners have done a fantastic job of doing more with less than any other county in Colorado.  I’ll continue that work while protecting the natural and property rights of our citizens.”

While serving as chairman of the Teller County Republican Party, Stone played a key role in garnering support for key GOP issues, such as opposing the Proposition CC ballot proposal, aimed at altering the revenue restrictions provided through the Taxpayer Bill of Rights; and trying to organize petition efforts to recall Colorado Governor Jared Polis.

The effort to defeat Proposition CC succeeded bigtime, with Teller voters trouncing the measure by a 75 percent margin. It also was defeated at the state level.

Stone and his wife, a Woodland Park school teacher, raised two sons in Woodland Park who now attend college.  “Twenty years ago, we had the rare opportunity to choose where we would raise our boys.  We chose Teller County because it truly is a special place”, Stone said.  “I want to protect the things that make Teller County special so that all our kids have a place they’ll want to come back to.”

The county commissioner races could cap a lively political season in 2020, highlighted by a heavily contentious presidential race.

Besides the battle for the District 3 commissioner seat, the District 1 commission position features a GOP showdown between candidates Dan Williams and David Ruterholtz.

Although these seats won’t be officially determined until Nov. 2020, in reality, these county positions are often decided in the spring and summer due to the predominance of the Republican Party in Teller County. In fact, sometimes these seats are even determined at the GOP County Assembly stage in March.

The stakes are quite high for the commissioner races, as the two current officials holding these positions, Steen and Marc Dettenrieder, can’t run again due to term limits.