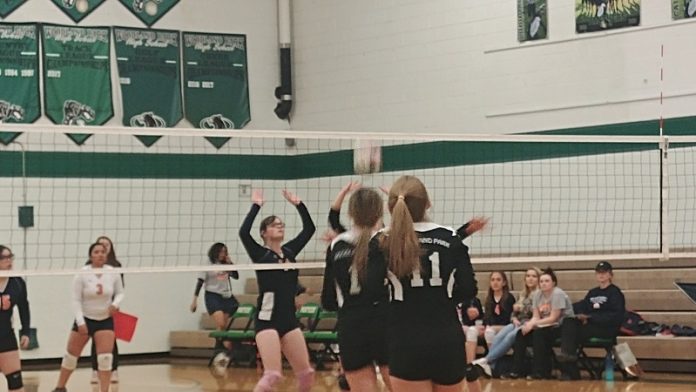 The Woodland Park High School Volleyball team recently ended one of their most successful seasons in recent history by falling just short in their bid to gain a berth in the state championship.

The girls finished their regular season with a huge winning streak. But their dream season, the best recorded since the early 1990s, came to a conclusion at the regional tournament when they lost two matches in a row to Thomas Jefferson, a punch that took them out of the competition.  Still, team players and coaches are quite happy with the success they achieved this year in dominating the v-ball court. 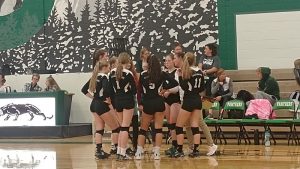 Since the Lady Panthers ended their regular season with an undefeated league record, they won their league this year for the first time since 1992. The girls also earned the right to host the regional tournament on their home courts for the second year in a row.

The girls started play on the Saturday morning of the regional tournament with good energy. Their first series of matches were against Green Mountain High School from Lakewood, and they played well enough to defeat their opposing team three matches in a row.

The Lady Panthers then moved on to the next stage of the tournament when they took on Thomas Jefferson High School in the afternoon. The girls played strong as they won one match against their opponent, but at the end of the day they ended up falling to them by a 3-1 match tally.

The girls’ loss during the second series of the regional tournament sent them packing for the season. If the Lady Panthers would have won, they would have moved on to 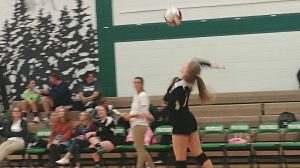 play in the state tournament.  But since they lost during the second series of the tournament, they were eliminated at regionals for the second year in a row.

Despite falling just short in their bid for the state championship, the girls were still excited about their successful season.  Their coach, Stacy Roshek, said that the team played well both offensively and defensively. “Our strengths I think were getting the ball to Sara Garner she really kind of controlled the offense (during the regional tournament). She had 23 kills and she had a really great day and led the team offensively,” Roshek said.

“Defensively I would say Sydney Roshek kind of carried the team, she had a really fantastic day. And we did really well with serving, our serving percentage was in the nineties which was really good.”

She said that during their series against Thomas Jefferson, they struggled during one game that changed the team’s momentum. She said that the girls were up 22-17 and then they got caught inside a rotation that they couldn’t get out of. She said once they lost that game, the momentum changed and then the girls lost every match afterwards.

“It was definitely a tough loss, but I’m still proud of this team,” Roshek said. “They did a great job this year. We had some great team leaders and good senior leadership. We have a lot to work towards for the future.”

The Lady Panthers ended up finishing their season with a very impressive 22-3 overall record. The team also earned a ranking of 60th  in the state.

Next year, the team will lose their three-star senior players. But there are also many younger players that shined during the season.  They will be returning in 2020.