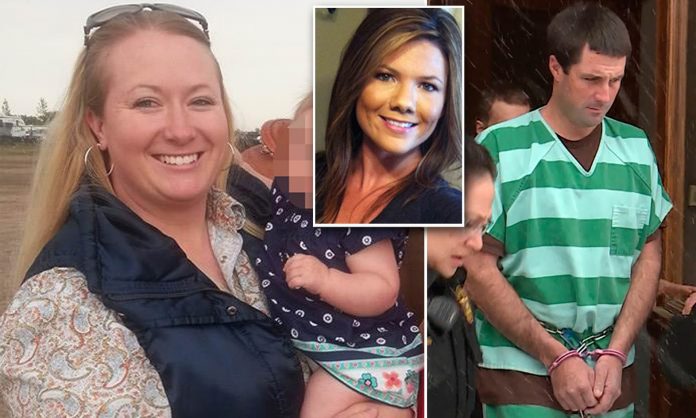 Last week, Florissant resident Patrick Frazee showed up at the Teller County Courthouse for the last time before he stands trial for the alleged brutal murder of missing Woodland Park woman Kelsey Berreth.

Frazee’s Oct. 18 appearance was marked as a pre-trial readiness hearing and was set to tie up any loose ends before jury selection for the trial begins on October 28.

During the hearing, the judge heard and decided upon several motions filed pertaining to the case. Readiness hearings give both the defense and prosecution teams a chance to discuss the case and make sure that both sides have all of the information required by the courts.

The prosecution brought up some last items of evidence for the judge’s review, in an effort to present these during the trial. The prosecution team presented a picture that was taken from Berreth’s apartment that had wiping marks on it pointing to the fact that it may have been cleaned.

Previous testimony from Frazee’s mistress Krystal Kenney Lee indicated that Frazee told her that he murdered Berreth by bludgeoning her in the head with a baseball bat inside her apartment. Kenney then confessed to felony charges of tampering with evidence, when she admitted to cleaning up the crime scene shortly after last Thanksgiving.

The prosecution team also asked that statements Berreth made to friends and family members, including from Berreth’s mother, be permitted as evidence during the trial. The prosecution argued that the statements Berreth made prior to her death can help explain some of the problems Frazee and Berreth were having in their relationship prior to her disappearance last Thanksgiving Day.

District Judge Scott Sells heard both arguments and allowed the prosecution to submit statements Berreth made to family members before investigators believe she was murdered last Thanksgiving as evidence in the forthcoming trial. However, Sells also denied some evidence that the prosecution team tried to submit.

The prosecutors told the judge that they had statements from members in the community saying that Frazee had a history of abusing animals such as cattle and dogs. Judge Sells decided not to allow those statements to be submitted as evidence, saying that they were not relevant to the case.

The prosecution team then submitted a list of potential witnesses that initially had over 250 names on it. However, the prosecutors did say that the list would be narrowed down, and a shorter list would be submitted to the defense team this week.

Many of the motions that were filed by Frazee’s defense team and heard during last week’s hearing included concerns about the vast amount of media coverage the case has received thus far. Earlier this month, the judge sided with the defense and denied a request by several local media agencies to allow expanded media coverage.

At the readiness hearing, the judge seemed to continue to agree with the defense’s argument to reduce media coverage. The defense team argued that the prosecution should not be allowed to hold press conferences during the trial because witness testimonies could be skewed by the information given. The defense also raised concerns about press releases sent out by a court public information officer.

The judge again sided with the defense and ordered that the prosecution team will not be allowed to participate in any press conferences for the duration of the high-profile murder trial. The judge also said that he would review and approve any press releases that will be sent out by the court in the future.

The defense also filed a motion to ban news reporters from giving live updates inside the courtroom during the trial via social media platforms. The defense claimed that live updates could prevent Frazee from getting a fair trial. The judge said that he would make a written decision pertaining to the matter and that his statement would be released before the trial is set to begin.