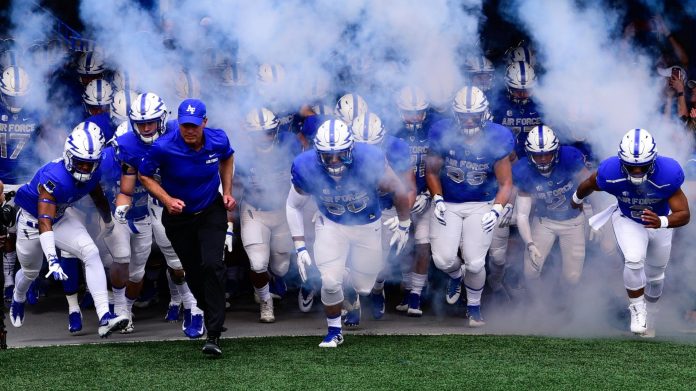 The Falcons have had a good season this year and many say this is one of the better teams they have fielded. The offense has looked stellar even though their defense has struggled.

However, in the last couple of weeks the team has been focusing on improving their defense. They know that they need to give their offense a break and keep the opposing team from scoring over 20 points in a game. An improved defense will come in handy when they play a conference game this week.

This Saturday, the Falcons take on the Fresno State Bulldogs. The Bulldogs are sitting at around a .500 record and they have played well in the games that they have won. Their team looks similar to the Falcons with an offense that can score points but with a defense that has struggled during some games.

The Bulldogs also have been having trouble with running the ball and their offensive game has been dependent on their passing. The team is seventh place in rushing in the Mountain West and the match against the Falcons is their first conference game of the year.

One thing that can said about the Buffs this year is that they do a good job of playing each game until the very end. The Buffaloes have held in well this year in pretty much every game.

The Buffaloes’ two big wins they had this year against Nebraska and #20 ranked Arizona State were won in the last quarter. Their offense has shown that they can stay tough and keep scoring points all the way until the clock ticks to zero and into overtime. Even in their big loss against Air Force they stayed close during the whole game and came in strong at the end to send the match into overtime.

The Buffaloes this week play a big game Friday night on the road against the #13 ranked Oregon Ducks. Oregon has been on fire this year and they have shown to be intense both offensively and defensively. The Oregon offense has played three games where they have allowed their opponent to score less than ten points.

The Ducks’ offense has also been red hot and has scored over twenty points in most of the games they have played this year. During a game they played in the first week of September, the Ducks dominated Nevada by a 77 to 6 score. The Ducks’ only loss this year was the first week of play where they lost to #7 ranked Auburn 27-21.

Even though the Buffs look tough this year, their defense has not looked real impressive. Most of the team’s big wins have been high scoring games won by small margins. The Ducks however have shown that their offense can scoot away and take over a poor defense. Their defense also is not one to underestimate. I think the Ducks will run all over the Buffs’ defense and that they will be able to shut down the Buffaloes’ offense. It might get ugly for the Buffs. Oregon 47, Colorado 21.

The Rams this year have pretty much not looked good at all.

Most Ram fans including myself have already counted out the chances of the Rams earning a bowl game this year. The Rams’ big losses against Toledo, Arkansas, and Utah State pretty much ended their chances of post season play.

The team’s offense has been shown to hang in there and make some of the games they lost close. However, their defense hasn’t been able to stop anyone’s offense this year from running all over them. Their defense has allowed more than thirty points during every game they have lost.

The Rams have a relatively easier match this Friday when they head down south to play the 2-3 New Mexico Lobos on the road. However, the Lobos have won more games than the Rams and have shown that they can score a high amount of points in a game.

The Lobos have won two games but they were wins that were a little too close seeing as how both teams they beat were rather poor. The Lobos have suffered from two big losses during the last two weeks when they fell short to Liberty and San Jose State.

Both of these teams seem to struggle when it counts but I think the Lobos have better strength when it comes to playing a game strongly until the very end. During their last two losses the Lobos were able to keep the score close and keep their opposing offenses from winning by large score margins. The same definitely cannot be said about the Rams because their defense is anything but good this year. I think that the Lobos will use their home field advantage to come out on top in this one but that it will be pretty close. New Mexico 37, Colorado State 31.