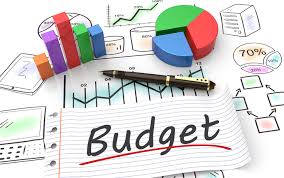 Last Thursday, the Woodland Park City Council held a special meeting to discuss and adopt a strategic plan to lead the community into the future.

Topping the list of big priorities is how to grapple with the huge traffic problems besieging the area, and expanding on the town’s image as a “Base Camp” tourist hub.

The strategic plan is based on the vision, mission, and values the city adheres to. The vision the city strives for is that Woodland Park is a “welcoming, family friendly, mountain community.” The mission is to provide, protect and enhance the well-being through an unwavering commitment to excellence that strengthens public trust. According to the city officials, Woodland Park’s core values are service, trust, respect, integrity, vision, and excellence.

The purpose of the plan is to prioritize the city’s goals and objectives for the future.

There were four major topics discussed that council will prioritize. Those major topics are economic development, financial sustainability, infrastructure, and workforce. Each of these major topics are broken down into more specific goals the city hopes to maintain or achieve in the future.

Goals for economic development, for example, include, promoting signature events that bring tourist dollars to the local merchants; adopting a marketing plan with the chamber of commerce, Main Street and local business enhancement, and coordination with the Downtown Development Authority, along with expanding on the existing Base Camp theme.

This Base Camp concept basically deals with establishing a lodging jumping off point for tourists who will fish, gamble, and pursue other activities in the surrounding area. Even though  the city has no real tourist destination appeal, Woodland Park can act as a lodging hub for tourists, according to local business leaders.

The subject of transportation drew much discussion at last week’s meeting. Aside from the local paving issues, talk among council members was focused around the possible “reliever route” around downtown (AKA bypass), and addressing safety issues along Hwy. 67 north of town.

Mayor Neil Levy spoke about the reliever route. He told council that the first step in the process is a Planning Environmental Integrity study (PEL). He said, “They say that study is about $3 million and we would be responsible for 20 percent of that. ($600,000). So where do we come up with that? A lot of that we can get through grants, and different funding mechanisms.”

Councilman Paul Saunier then mentioned the exponentially growing problems on Hwy. 67 north. He outlined a series of problems with the growth of town in the northern part of the city, contributing to traffic issues on that route. Saunier was concerned that not enough is being done to pressure Colorado Department of Transportation into prioritizing improvements to the highway.

Levy explained that our town is one of many towns with major transportation issues that need to be addressed, and we are competing with cities throughout the state for funds.

Another main area of discussion focused on addressing problems with the city’s workforce. Discussion on this issue revolved around the city’s ability to recruit and maintain workers for the city. The city hopes to analyze and implement technology marketing tools to achieve this goal.

The strategic plan is described as the first step in the budget process.

Councilperson Carrol Harvey suggested city spending should focus mainly on issues that have a direct impact on the security and safety of citizens. She also hopes the city will continue to try and bring the budget reserve up from the current reserve of 16 percent.

Council gave unanimous agreement to shoot for a budget reserve of 20 percent with the 2020 fiscal blueprint. That is quite a lofty goal, which could curtail other spending pursuits.