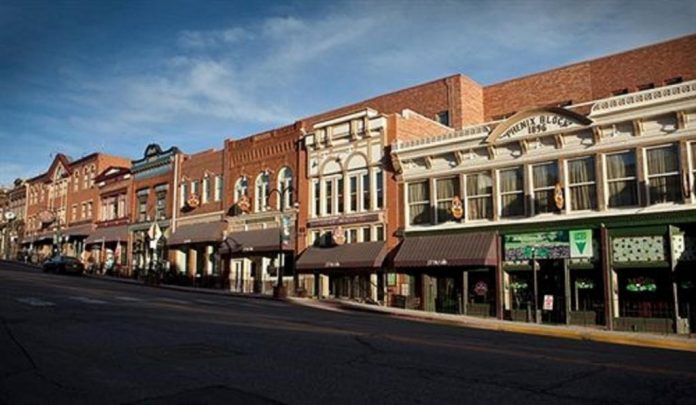 In a decision with few surprises, the city of Cripple Creek has hired a temporary marketing chief to handle its promotional and special events activities, following the recent axing of the entire agency.

Mosher, who plays a key role in promoting and coordinating the Pikes Peak Marathon, is slated to begin his duties this week. The new interim marketing chief, who also is involved with the Colorado Springs Sports Corporation and has strong ties in the region, will initially only be working close to 30 hours a week.

Initially, his work will be split with his new role with Cripple Creek and in handling the famous footrace up and down America’s famous mountain and with other commitments in the Colorado Springs area.

Mosher will be responsible for putting the final touches on the events and efforts formerly handled by Steve Kitzman. Both Kitzman and events coordinator Kelly Branyik were given their walking papers largely over a snafu dealing with a July 4 celebration that never occurred on Independence Day. Kitzman had been the city’s marketing director since April 2015, according to city records

This action has sparked much controversy in the community; but for years, city marketing has emerged as a hot rod issue with plenty of theories and little local consensus.

However, under its new focus, city leaders hope to take on the latter challenge.

Campbell said the city is making headway in forming a steering committee to review its marketing program. “We want to have community buy-in and community engagement,” said Campbell. He said the committee currently consists of representatives of non-profit groups and leading organizations in the community.

Currently, the group has about seven members, said Campbell. Under the proposed setup, every key nonprofit and organization in the community will have one representative.

The city administrator said the first informal meeting has been scheduled for this week.

If the new marketing chief is well accepted, he could gain the leading edge in getting the nod for the permanent position.

The city currently budgets a little more than $700,000 a year for its marketing and special events program, which is fairly impressive for a town of Cripple Creek’s size.

But the city has opted to take an aggressive role in attracting more visitors and in doing events. Unlike other tourist-driven towns, the city doesn’t really have a chamber of commerce to help with its promotional efforts. Cripple Creek casinos do a hefty amount of marketing, but with a slightly different focus.

“We want to market the city as a whole,” said Campbell, in a recent public workshop on the issue.

Since gaming started, marketing has become a fairly controversial subject, with more than 10 marketing and special events directors and key leaders getting terminated or being forced out. Many business operators and leaders have questioned the merits of the city’s marketing efforts. “What is the aim of the city’s marketing?” questioned David Minter, owner of the Johnny Nolon’s and Colorado Grande casinos, at a recent workshop.

Minter noted that the city has boasted in the past of record-breaking events and visitor counts, while casino betting devices continue to decline. He said he would prefer if the town could attract more paying customers.

Did City Marketing Take The Fall?

On the other side of the coin, some are questioning the city’s decision to eliminate the marketing and special events personnel over a July 4 snafu, and are suggesting that this department took the fall for other local government-related problems.

“Congratulations Cripple Creek; you just blew Woodland Park out of the water of dysfunctionality. Cripple Creek employees; you better keep an eye on that target on your back…you are disposable,” said one person who submitted a letter to TMJ, entitled “Dysfunction Junction.”  In the letter, the writer criticized comments made by a veteran council member.

These same views have been shared by other residents.

But at a recent workshop, a strong sentiment was voiced to make changes in the current marketing program and to get more community buy-in. Most attendees appeared to support the decision made by the city administrator to chart a slightly new direction in Cripple Creek’s promotional waters.

However, similar to previous marketing discussions, the town abounds with plenty of ideas by would-be experts. But how to make them work in a way that puts everyone on the same page remains the big challenge.

“We are not going to make everyone happy,” admitted Mayor Bruce Brown during the recent workshop, in discussing the city’s forthcoming marketing program.