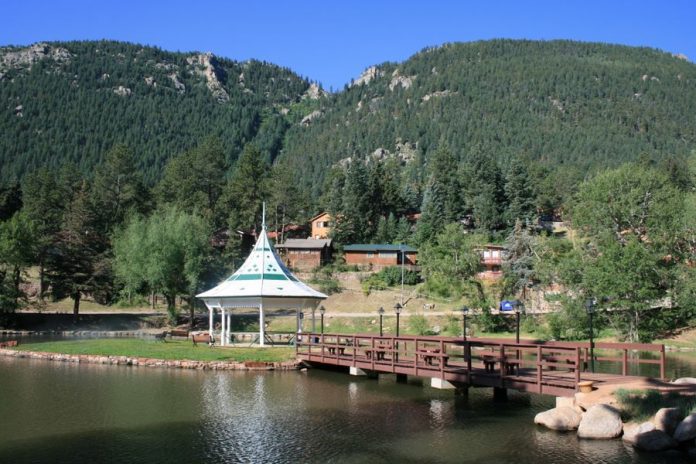 A familiar music tradition is returning to Green Mountain Falls.

Call it Red Rocks with a homey GMF feel. Yes, the Summer Concert Series is back by popular demand.

On Tuesday evenings throughout August, the Gazebo Lake Park in Green Mountain Falls will feature hour-long concerts, featuring a variety of genres, including gypsy jazz, bluegrass, musical jams, classical, acoustic and a few other surprises. The series hopes to focus on some of the amazing musical talent in the area done by unsung heroes.

The performances will occur in the Gazebo area, under the backdrop of Janet Echelman’s “1.8 Green Mountain Falls” sculpture, which will be on display through Labor Day. The setting is quite popular for musical performances.

The series is being sponsored by the Pikes Peak Chamber of Commerce, formerly known as the Ute Pass Triangle Chamber of Commerce. Through a new branding change launched last year, the chamber hopes to better represent area businesses and local residents, and do its part in offering a welcoming atmosphere for visitors.

The concert series will put the final touches on a banner summer season of events/festivals, unmatched in the local area in years. With burgeoning attendance at the 2019 Green Box Arts Festival, coupled with the 40th annual Thin Air Nationals  Car Show, this weekend’s Bronc Day, the Pikes Peak Motorcycle Rally (to stop Veteran Suicides in August), Bingo Nights, ice cream socials and more, the Ute Pass area has become a summer hot spot for family-friendly events. This further reinforces the community’s long-time image as prime mecca for recreational activities and fun things to do in the summer.

The series is tentatively slated to start on August 6, with other dates scheduled for Aug. 13, Aug. 20. and Aug. 27. The musical lineup currently includes gypsy jazz, bluegrass, acoustic, classical, with the grand finale featuring a huge  musical jam, capped by the showcasing of a variety of individual musicians and acts from the region. This is one show guaranteed to attract much attention.

All concerts will occur from 6 to 7 p.m. Concert attendees are encouraged to bring lawn chairs and blankets. The music will occur on the Gazebo island.

In case of increment weather, shows will occur inside the Green Box Farm Stand.

Pikes Peak Chamber officials want to revive a previous tradition that was well-received, only with a slightly different focus. With the new series, the chamber hopes to showcase a variety of musical genres at a setting that remains unmatched.

More details will be unveiled in the next week or two regarding the exact lineup.  For more information, look for further updates in TMJ and on the chamber’s