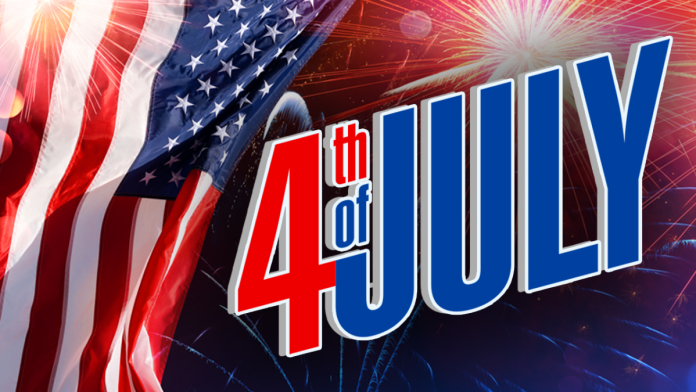 No fire restrictions planned in the region

July Fourth is around the corner, and it is a day and week when many across the country celebrate the country’s Independence Day.

This year many locals will be getting into the act and partaking in the nation’s 243rd birthday by enjoying a feast of activities, games and concerts and fireworks displays.

Due to the excessive amounts of moisture the area has experienced during the winter and spring months, most of the local fireworks celebrations are currently a go. This is a welcome change from past years, with most pyrotechnical displays getting canceled due to raging fires that occurred throughout Colorado and the region and record dry conditions.

This year on the Fourth, tourists, and locals with both have their choice of a number of Independence Day festivities. Plus, the holiday is on a Thursday as the celebrations become a four-day weekend for many people. 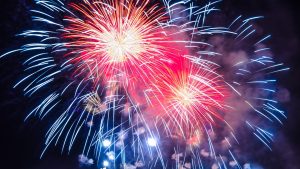 On July 4, Woodland Park, and Cripple Creek are all planning their own fireworks celebrations during the evening with all of them starting around dark. But, before the fireworks go off, there is also much to do in the Ute Pass region.

In Cripple Creek, the festivities start at noon with live music set up on an outdoor stage downtown. Streets in the gambling town will be shut down to accommodate the street vendors and beer garden. The live entertainment will continue until around 9:30 p.m. when the fireworks being shot from a field on the east side of town. It is dubbed as one of the best fireworks shows in southern Colorado.

In Woodland Park, their Old Fashioned Fourth Of July Celebration starts at 9 a.m.The ceremony takes place at the town’s Memorial Park, located in the center of town.

The Woodland Park event features many activities, including fire truck rides and a fishing

contest. During the all-day event, there will be live performances as well as several local food vendors along with a beer garden. The events cease at 3 p.m. with the fireworks being shot off from the Woodland Park High School football field at around 9:30 p.m.

Between 1 and 3 p.m., the Ute Pass Historical Society is hosting its annual Cemetery Crawl. Starting at 1 p.m. on July 4, spectators can go to the Woodland Park Cemetery and learn about local history. During the cemetery crawl, visitors will get guided through the graveyard while famous folks of Woodland Park’s past give them a visit and tell them about their lives.

Then, after the Fourth of July, the events continue in the area. On Friday July 5, Woodland Park hosts its annual Symphony Above the Clouds.

Last year during the restrictive fire bans in place in the area, officials decided to cancel the July 5th symphony celebration. However, the excessive amounts of moisture that have brought the state out of its drought, have given the event a green light for this year’s concert.

For many in the Teller County area, the Independence Day celebrations extend into the day after July 4, as thousands attend the Colorado Springs Philharmonic‘s concert at the Woodland Park Middle School’s football field. The celebration features a performance from the symphony as well as a cannon demonstration and fireworks display.

This year, to add to the four-day weekend festivities, the DDA has announced that they will hold an unveiling party at the Woodland Station on July 6. The event’s purpose is to officially unveil the horse and stagecoach sculpture, recently placed on the property, as well as to announce the space as an event ground that people can use for their family reunions and other parties.

Also this year, Manitou Springs made the decision to cancel their fireworks display. The fire department said that the fireworks show in the town on the Fourth may be canceled for good. “This is a continuation from last year when the city decided that there was too much risk and liability to manage in allowing a public fireworks display to occur during the 4th of July,” the fire department said in a news release.

However, the town will have other activities to celebrate the Fourth.

In Green Mountain Falls, July 4 serves as the traditional kick-off celebration for the annual Green Box Arts Festival, featuring a wide variety of art and artists, classes, live dance, and music performances, culinary enticements, wine tastings, hikes, community forums and more. The centerpiece this year is “1.8 Green Mountain Falls,” a temporary sculpture by acclaimed artist Janet Echelman. The sculpture, designed to travel to cities around the world, will be suspended over the Gazebo Lake in Green Mountain Falls on July 4 and will remain on view through Labor Day. Already, much work has occurred in assembling the massive display, including partial road closures.

The work’s title refers to microseconds by which the Earth’s Day was shortened due to the earthquake and tsunami that hit Japan in 2011.  The Green Box Arts Festival hits high gear on July 4 with a block party and live musical performances at the Green Box Arts Farm Stand across from the Gazebo. Most events occur daily until July 13. For more information, visit www.greenboxarts.org.

Camping And Barbecuing Is A Go 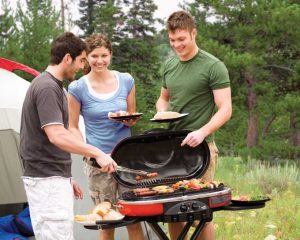 Also new to the Fourth Of July this year is the fact that there is currently no burn ban in place. Last year, the drought brought about severely dry conditions that forced authorities to put in place a stage three fire ban meaning that any type of outdoor fire including cooking outside was outlawed. Independence Day celebrators this Fourth Of July are free to have campfires during trips out in the woods and any type of barbecuing is allowed. This is a big change from past years, as Colorado is nearing the end of a nearly 20-year drought.

According to Cripple Creek Fire Chief Dean O’Nale, the fire danger this year is lower than normal. “Right now in the 120 day outlook the potential of a wildfire starting is below average,” O’Nale said. “We ask people to still use extreme caution when having campfires.”