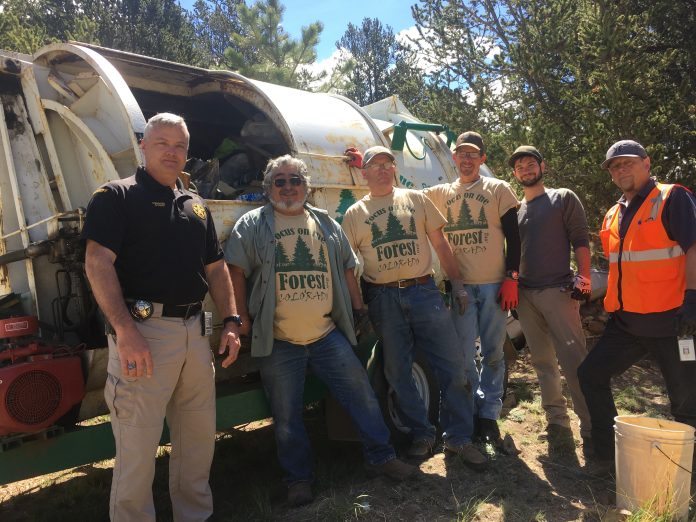 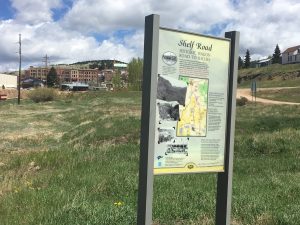 The Teller County Sheriff’s Office has announced a newly formed partnership with the local nonprofit, Focus On The Forest, as a part of a campaign to combat the county’s growing homeless population and deal with the plight of those who don’t have a regular roof over their heads.

This is a problem issue that has exacerbated across the region, with growing attention in Teller County.

Earlier this year, the county commissioners passed new rules that impose restrictions for camping on public and private lands, and the type of vehicles that can be used for such excursions. It also dealt with a spree of other guidelines, including the disposing of waste for extended camping.

The new camping and temporary housing law, aimed at combating squatter activity, went into effect in May following months of public meetings. The law was heavily supported by representatives of homeowner groups and associations in unincorporated areas in Teller.

Authorities have cited several key areas of concern where homeless and squatter camps are located, such as along Rampart Range, Gold Camp and Shelf roads. “It is tragic,” said Teller County Planner Dan Williams, when describing this scenario at a previous meeting last year.

Many of the camps are located on private property and some are on open BLM lands. On Shelf Road, the local authorities worked with seven people who were living in four different campsites. The sites were starting to accumulate trash and much of the trash was getting blown around to other areas by the wind.

As a result of the increase of people camping in the area, the sheriff’s department contacted Shawn Nielsen with Focus On The Forest to come up with a compassionate solution. The sheriff’s office made a deal with the nonprofit, the property owners and the people illegally camping at the sites.

According to the deal, the illegal campers were given three weeks to relocate their sites. Focus On The Forest then provided them with assistance to clean up the sites including giving the people living there trash bags and running their trash for them.

The sheriff’s office also got permission from the property owners to enforce the camping ordinance, without them having to be present.

According to Teller County Sheriff Commander Greg Couch, the homeless campers are being cooperative and are helping clean up the sites, since they were given a three-week window to relocate. Couch said that some of the people have already found legal camping spots in places like the Lone Wolf Campground near Cripple Creek. He said that other options include getting permission to live on someone’s land and applying for a 60-day camping permit.

“We acknowledge and empathize with folks who find themselves in circumstances which may be beyond their control in securing a place to live. We also understand that we have discretion as law enforcement officers and can approach the issue from a compassionate, community-based perspective,” said Couch in a press release.

Some of these people are between jobs, or are transient folks who just haven’t found a permanent place to live. Their specific circumstances widely vary.

As part of the campaign, the sheriff’s office also designated a deputy as their new “homeless liaison officer.” “The officer will go around and keep track of who is where,” Couch said. “If he comes across new campsites he points the people towards resources for food, clothing, and shelter. And, maybe some assistance to get an actual camping spot if they are trespassing.” 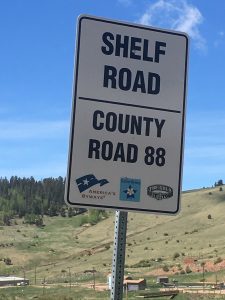 Couch also said that the sheriff office’s partnership with Focus On The Forest is valuable because the volunteers for the group know where several camp sites are located. Couch said that keeping contact with the people living at campsites can help authorities warn them of emergencies such as forest fires.

According to Focus On The Forest’s founder Shawn Nielsen, working with people living in the woods is not new to them. The organization has helped campers with removing trash from the local forests. “We call them our ‘forest neighbors,’” Nielsen said.

According to Nielsen, there are as many as 50 living in the Rampart Range area. The sheriff commander said that code enforcement has been dealing with several complaints of illegal camping since the new law was implemented. He said authorities even found one person who had been living inside a cave in Teller County for a couple years.

The camping law operates on a complaint-driven policy, with county staff and law enforcement not doing active patrols of illegal squatters and campers. County officials say they have received a growing number of inquiries about the illegal camping situation in the last year or so.

As far as the other campsites beside the ones on Shelf Road go, Nielsen and Couch both said that they would continue their partnership and keep working with the people living at the sites.

“We decided to take this community-based approach to this issue because we understand that people sometimes have hardships that are beyond their control,” Couch said. “We like to think out of the box and use new ideas to solve law enforcement problems.”