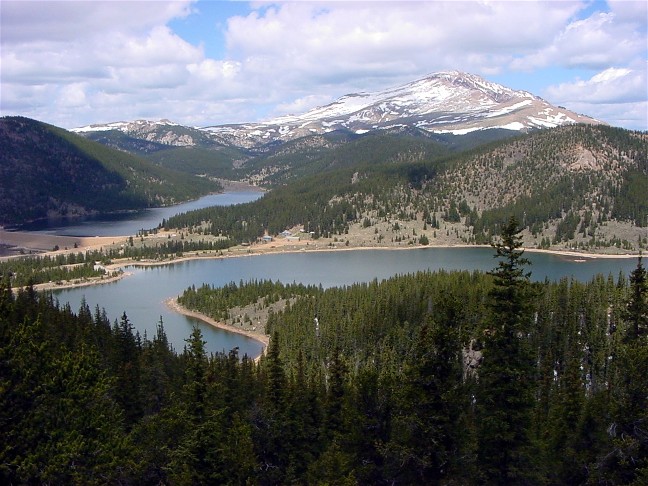 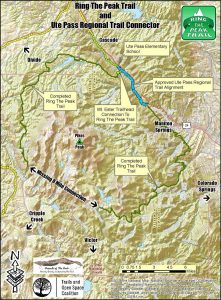 The Cripple Creek/Victor district may not be known as a mecca for hikers, equestrian buffs and cyclists.

That perception is slowly changing. In the last few years, the town has opened the door to ATV (all terrain vehicle) riders, as well as to disc golf buffs, cross country skiers, skateboard fanatics, picnickers, hikers, canine owners and others with its adventure park.

And last week, city leaders appeared to signal the green light for the final local gap in connecting with the dream multi-use route proposed by trail advocates from across the region and by the governor’s office: Ring the Peak.

This is an approximate 100-mile route the takes trekkers around America’s favorite mountain and links them with many local communities, such as Colorado Springs, Green Mountain Falls, Manitou Springs, Divide, Woodland Park and of course, Cripple Creek and Victor. It was once cited by former Governor John Hickenlooper as one of the most important trail loops in Colorado. Planning for the multi-use trail began in 1999.

One of the remaining gap routes was identified in southern Teller. A master plan study was implemented and to the surprise of many, plan architects came up with solutions that clashed with the earlier desired route of the Trails and Open Space Coalition of the Pikes Peak region. They wanted to loop the trail through the heart of a key watershed area in Gillette, which could impact the district’s main reservoirs and many private properties.

Another proposed upper route got equally killed by the U.S Forest Service because it would endanger herds of big horn sheep 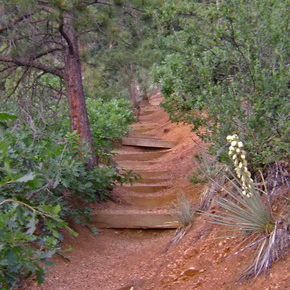 But the final route suggested by trail advocates is quite complex. It involves a combination of community trails near Hwy. 67 and Hwy. 81 and more traditional routes near Pancake Rock and the Gold Camp Road.

A number of aspects of the route still have to be worked out with the Cripple Creek & Victor Gold Mining Company and with private property owners.

But the final route was supported by Cripple Creek council members. Initially, elected leaders heavily objected to the Coalition’s earlier proposal, citing serious liability concerns with their water resources and with illegal trespassing at the reservoirs.

During a council meeting last week, Chris Lieberman of the Open Space and Trails Coalition, cited the master plan as a good compromise and thanked the support of local leaders for their representation on a task force. He contended that the final trail will serve as great economic development bonanza for the region. “Economic development is a big subject of discussion,” said Lieberman.

But he cautioned that much work still needs to be done before hikers can access the Ring the Peak loop in southern Teller. And much of the progress will hinge on cooperation they receive from the CC&V mine and local property owners, noted the Trails and Open Space Coalition leader.

Some concerns were raised about how close the trail will be located next to Hwy. 67 and Hwy. 81 in the Gillette Flats area.

Councilwoman Meghan Rozelle inquired about the altitude range for users of the trail. She lauded the concept and requested that the city be informed about further updates.

At one point, tensions ignited between city leaders and the Coalition over the proposed route. Lieberman stated that past debates never questioned the validity of the trail. Instead, the main fights dealt with the proposed location in southern Teller, noted the Coalition leader. “There is a lot of interest in getting this completed,” said Lieberman.

The final route could also serve as a  big bonus for Cripple Creek, which is trying to promote itself more as a recreation and entertainment hub. The Ring the Peak trail ties in with this overall plan, noted Bill Gray, the community development director for the city of Cripple Creek.

Lieberman estimated that the initial trail construction in Teller would take two to three years. The link area in the Cripple Creek/Victor district is one of the last remaining gap areas.

But as far as the most challenging aspect of the trail, he gave that award to sections near Green Mountain Falls.

Locally, one of the most popular links to Ring the Peak exists in the Catamount Ranch area, just outside Woodland Park, near the North Slope Reservoir of Pikes Peak.