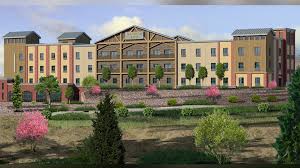 “Catalyst” For Cripple Creek’s Next Chapter 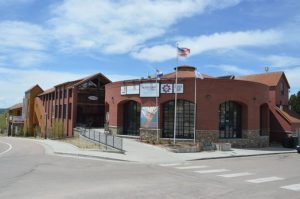 In the highly touted lodging race in Cripple Creek, the Wildwood  Casino has emerged as the first grand winner to officially bolt from the gates.

Last Thursday, in a ceremony attended by a large crowd of community leaders, elected officials and casino employees, Wildwood representatives broke ground, with shovels in hand, on their $14 million hotel project, which will be located adjacent to the casino at the site of the current outdoor parking area. The new hotel will feature 100-plus rooms, a spacious lobby area, hospitality suites, a potential meeting venue, rooftop space and more.

This is the first of what city officials hope will become a new development trend, as Cripple Creek wagers big bets on becoming a destination area, catering more to family visitors, recreation buffs and tourists. Besides the Wildwood, big hotel plans are in the works for the Triple Crown Casinos and Bronco Billy’s. Altogether, officials are hoping for a lodging boom with a potential of nearly 500 new rooms over the last few years.

“I never thought this day would come,” said Mayor Bruce Brown, in describing the lengthy pursuit for more lodging establishments and the opening phase of the city’s push to become a destination area.  “This is a good thing for our community.”

Similar sentiments were echoed by Cripple Creek City Administrator Mark Campbell. “This is the first step forward. It will be good for the whole city and for Teller County.”

But probably the happiest man on stage was Wildwood owner Joseph Canfora. “This is the catalyst for what we hope will be the next chapter for Cripple Creek,” said Canfora. He classified this next transformation as one highlighted by more tourism, family amenities and several-day stays. “This is an important milestone.”

Canfora said he wished his competitors the best of success in the ventures, viewing the development of more rooms as part of the missing formula for Cripple Creek’s success. But he quipped that he is glad Wildwood won the initial starting race. “We really wanted to break ground first,” said Canfora. 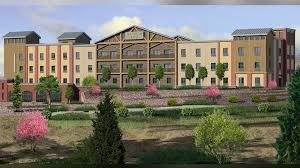 Ironically, the Wildwood owner noted that this is the biggest new construction project since the Wildwood casino opened their doors about 10 years ago. Wildwood was the first gaming establishment located outside of the historic district.

“We have natural amenities. We just don’t have the product. Who doesn’t like this area?”

Canfora was referring to the region’s combination of natural beauty, history, entertainment, and gaming.

During his comments, he thanked his staff and managers and city officials. “It has been a lot of fun, said Canfora.

For years, talk abounded about a hotel in the Wildwood casino area

The ceremony followed a final council decision the previous evening to put the final approval on a development agreement for the hotel and parking lot. This agreement requires certain financial securities in case the project doesn’t get built and certain infrastructure improvements aren’t made. It reaffirms the previous waivers and exemptions the project received. In addition, the agreement calls for a deadline for project completion.

According to Canfora, the project should take a little more than a year to complete. He also said he is exploring additional units for employee housing in the area.

City officials are bullishly optimistic that other lodging project will follow in Wildwood’s footsteps, including the Triple Crown Casinos and the Bronco Billy’s. These are considerably larger ventures with a total development bill of $100 million-plus. But both gaming groups have basically cleared all necessary hurdles for their lodging ventures.