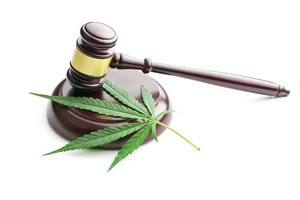 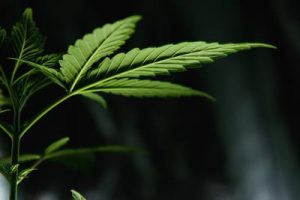 If you can’t beat them, then join them, or at least entertain a viable compromise

Well, this age-old cliché certainly won’t work in our local burg when it comes to Second Amendment gun rights, with leaders joining their counterparts in other rural areas, in challenging state lawmakers over the red flag law and now the anti-Teller County bill or anti-illegal immigration detainer measure. No question that fight, as the state boys and girls are out of line here.

Kudos to our local leaders for drawing a line in the stand regarding these important issues.

But when it comes to marijuana policies, the same anti-Dem stance just won’t work.

While the media loved taunting former governor and now presidential candidate John Hickenlooper on his familiar gaffes about pot and munchies, he was actually a staunch opponent of the recreational marijuana movement, until the outcome of the Amendment 64 ballot issue.

Hick kind of masks that stand now in appearances on the presidential campaign trail, as he desperately needs to court more progressive votes. Forget it Hick, the party is over. Your run for president just isn’t going anywhere. There are just way too many candidates. Go home, light up with some weed and eat some Cheetos.

Our new governor, on the other hand, has made no pretensions about where he stands regarding dealing with legal marijuana. 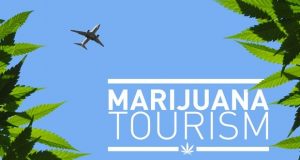 Moreover, he believes the industry is here and may even boost tourism. He contends that steps should be taken to make the industry work and to give adult visitors a place to consume cannabis products in a more hospital environment. Some of these include rules allowing dispensaries and other business entrepreneurs to apply for licenses, setting up a limited consumption area. In addition, the door is now open for regulated delivery of marijuana, primarily to medical cannabis patients. Plus, the avenue is increasing for capital investment in public-licensed marijuana companies.

This is a big change from several years ago, with the motto: Yes, you can buy your pot here, but don’t let us see you smoking it.

Local municipal and county leaders can cringe all they want. The sheriff’s department has taken a pro-active stand in the law enforcement arena, with both their crackdown of cartels and illegal marijuana grow operations, the formation of task forces and involvement in the 287g ICE program. Great moves.

However, from a revenue side, Teller and Ute Pass towns are definitely missing out on the pro-cannabis caravan in Colorado, and one that appears to be gaining ground on a national level. 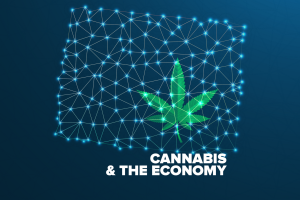 More specifically, it’s time to review the current prohibition policies and rake in some needed revenue. The cities of Cripple Creek, Woodland Park, Victor and Green Mountain Falls have shut the door to any type of retail marijuana businesses, or even medicinal pot shops, along with the Teller County government.

In some cases, the votes were close and the no tallies occurred after some lively debates.

I can even remember a lively debate on this issue years ago at the Telle County Republican Assembly in Divide, with many delegates contending that anti-marijuana prohibition efforts represented a stance against the free enterprise system. And this was prior to any state proposals for allowing rec marijuana. Maybe this was a signal of changing times.

In the last few years, marijuana opponents made some good arguments, but with more regulations ensuing, it is not a free-for-all industry anymore. Definite rules are in place and these regulations are expanding.

However, the reality of the state political scene is that the Dems are going to be in power for a bit.

Instead of rehashing old arguments of a lost cause, maybe the time is ripe for reviewing these current prohibitions and making adjustments to give the retail pot a try on a very limited basis.  Manitou Springs could serve as a good example in the way they permit just two retail cannabis operations. Learn from their mistakes, and yes, let’s rake in the money. This could even mean more money for law enforcement and officer salaries.

Manitou Springs is definitely bustling with business these days. With more pot revenue, the door is even open for more grants, and who knows, maybe more of an opening for dream projects, such as a highway bypass.

This sure would open the door for some much-needed revenue for downtown improvements, roads, special events, recreation programs, school enhancements, and much more.

Don’t be afraid to tax these new enterprises at a maximum level and apply definite rules.

Otherwise, our local entities are going to be losing out on much-needed money. We will face the familiar saga of doing study after study, with great ideas, but no prospects for any of these projects to occur.

Sure, fight the Dems all you want on guns and illegal immigration.  But it may be time to say a partial nod to retail cannabis.