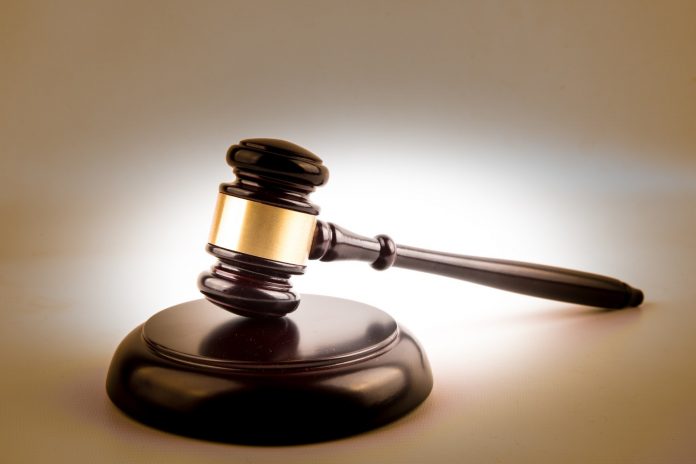 The new law went into effect on May 10, following months of public meetings, and with actually little debate.

The new law limits camping on any land to a short period of 14 days. If people wish to stay on a piece of property for longer than that two week allowance, they must now go to the county and obtain a camping permit. Once the permit is obtained, people will be allowed to stay on the land for 60 days. These restrictions apply to owners of the property and to visitors, and to family members associated with the property owners.

The new regulations also restrict what type of vehicles can be used for camping, ending the old hippie heyday of sleeping in public places in your small car. The Woodstock celebration has officially ended, folks.

The new law comes as part of a campaign to rid the area of homeless people and those squatting on vacant lands within the county. Recently, several residents have noticed an increase of “homeless camps” in the area.

According to Lynda Morgan, the director of Teller County’s Community Development Services agency, said that enforcement of the new law will be conducted in the same way as other code enforcement matters. Currently, all code enforcement issues are complaint driven and the new law will be enforced the same way. In other words, Teller officials won’t be on the prowl for homeless squatters, and instead, will rely on information they receive from local homeowners and residents. 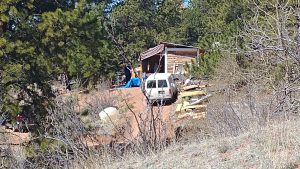 “If we have a complaint received about camping we do our research and reach out and contact the property owner,” Morgan said. “If it is found that there is a violation, we will reach out to them and try to resolve it. If we cannot find a resolution, and get the property into compliance that is when the ordinance would go into effect and that’s when the sheriff would then issue a summons.”

According to Morgan, the new ordinance has already come into play. She said that they have been working on some properties in the last week, and that the process is now in place. During the first week the ordinance was active, Morgan met with the Teller sheriff, and the county has started the summoning process on more than one property.

She said that it is hard to tell how often the county will have to enforce this new ordinance. Morgan said that she hopes the complaints will be kept to a minimum, and that there have only been a few cases so far.

Currently, there have not been any areas that have been labeled “hot spots” for illegal camping activity. But, many people claim that they have seen people camping on various rural, desolate areas of the county.

Some are concerned that there could be state legislation that prevents the county from enforcing the new ordinance. However, according to Teller County Commissioner Norm Steen, the only law that has been put on the table that would have allowed people to camp on public properties occurred the city of Denver and it was voted down. Steen said that the state legislative session has ended for the year and that there was not any law that has passed that would go against the county’s new camping ordinance.

This new law comes as good news to many local residents including Florissant resident Bob Kerr, who claims to live next to a “homeless camp.” Kerr said that there are multiple people living on a vacant piece of land located in his neighborhood near Florissant.

He and one of his neighbors claim that a group of people started squatting on the land in their neighborhood about four years ago. Since then, several dilapidated looking temporary buildings have shown up on the property and the neighbors in the area are concerned for a number of reasons.

Kerr and his neighbor think that the property is an eyesore, and that it is lowering the property values of neighboring houses significantly. He also believes that since the property has no running water or septic tank on it, that the water table in the area is getting polluted by human waste.

“The problem is that the county is not doing anything about homeless camps like these,” Kerr said. “And I would be willing to bet that there are several of these camps in the area.”

But unfortunately, as with many alleged camping violations, this scenario often becomes a ‘he said, she said” conflict. However, the new camping law may actually put these disputes on the public record, with more defined ways to resolve the disputes.

Ivan Bailey, who owns the property being questioned by his neighbor,s claims that he is not violating any local rules or regulations. He says that he does not live on the property, and that he is in the business of building sheds and tiny homes.

However, Kerr and his neighbors said that they hear a generator running every night and that several people are indeed illegally camping on the property.

These types of disputes are not uncommon and have escalated dramatically in the last few years. This trend is also a byproduct of the huge spike in population and for visitors in the Pikes Peak region, with Teller often viewed as a prime hideaway for those wanting to camp illegally or for an extended period.