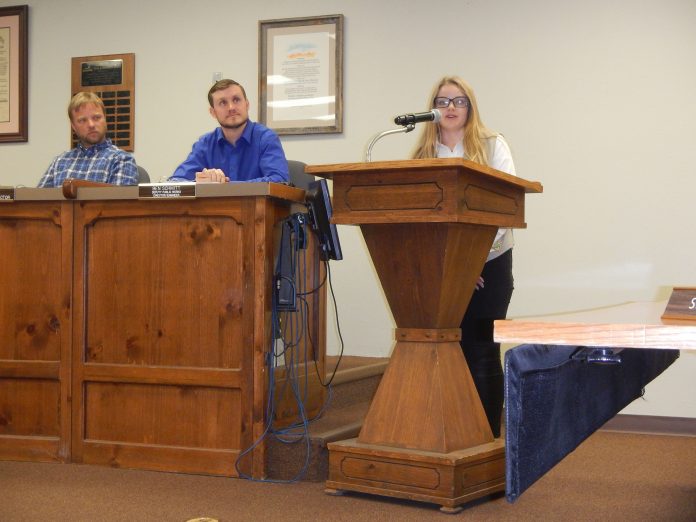 Ground-breaking set for May 16 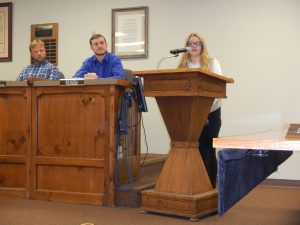 As a result, both you and Fido may finally place have a legal place to hang out, without bothering other park-goers, and  you can enjoy a prime social hub for your fine canines.

Woodland Park’s first official dog park, Golden Meadows Dog Park, will open on Saturday, June 1 at 9 a.m. with a ribbon cutting ceremony sponsored by the Greater Woodland Park Chamber of
Commerce and then dog-related activities throughout the day ending at 2 p.m.

Bryant is a senior girl scout in troop 3649, working on her girl scout gold award project. She is a 16-year-old junior at Woodland Park High School and has been working hard to fulfill her ambitious undertaking
for two years.

Bryant said she has raised $21,741 so far to construct the dog park. There is still work to be done prior to the grand opening. Bryant invited everyone to attend the ground breaking ceremony to be held at Meadow Wood Sports Complex on May 16 at 4 p.m.

Bryant has weathered and overcome many obstacles to see her dream come true. She has appeared before both the DDA (Downtown Development Authority), and city council. In the process, the girl scout has learned quite a bit about  local politics.

Bryant’s original proposal would have created the dog park at Fountain Creek Greenway behind the Safeway. When she presented that plan at a city council meeting last September, Bryant met with fierce opposition from local residents, despite have the support of the city’s parks and recreation advisory board, Foxworth Galbraith, Woodland Park Panthers, Focus on the Forest, the Girl Scouts, Do It Best hardware, the Teen Center, Pet Food Pantry, Compassion Animal Hospital, and  Teller County Regional Animal shelter. Her plea for a dog park was supported by studies and surveys, indicating a big need for such a facility.

Undeterred, Bryant persisted and came up with the plan for the dog park at Meadow Wood.
She recently gave city council an update on her progress. She told council, “Again I just want to say, this dog park means a lot to me. And I’ve been working on this project for two years now, and I
couldn’t have done it without the support of everyone on city council, Woodland Park parks and rec, local businesses, and the community. So thank you again.”

She stated she has yet to raise an additional $2,500 for fencing, but expects to have that soon. The project has received much support from a slew of businesses, with Park State Bank & Trust taking a lead role.

The grand opening is scheduled for June 1 at 9 a.m. and there will be special events, live music, and vendor booths at the event. A special event fund raiser will be held at the ribbon cutting called
the “ninja casual dog walk.”

This event will require advanced registration for those dogs wishing to participate. Registration fee is $25 per person, including one dog. One additional dog may be entered for an addition $5.