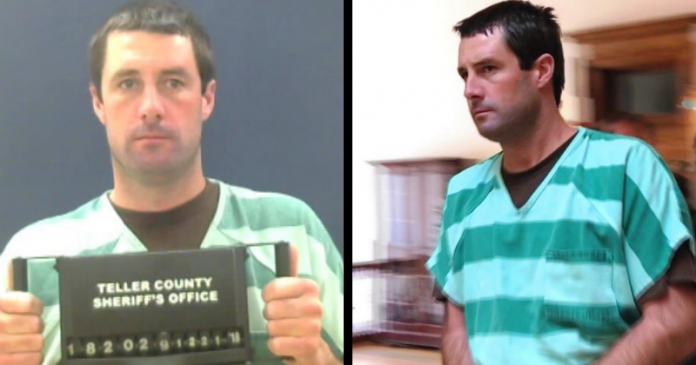 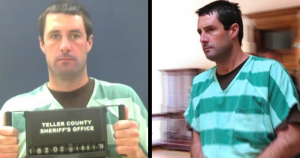 Later this month, area residents, court observers, and national media outlets will finally learn if the stage will be set for possibly the most publicized and riveting murder trial in Teller County’s recent history.

Unless any final hurdles occur, May 24 is the D-Day for Patrick Frazee of Florissant to enter an official plea for charges of first-degree murder and other related crimes related to the brutal killing of his former fiancé, Kelsey Berreth. The case has already commanded national attention for months.

In April, Frazee appeared in court twice, once for a custody hearing over his daughter and then again for his arraignment. During the second hearing when Frazee was expected to enter a plea to the charges of murder and solicitation of the same crime, his attorneys asked for more time.

The reason Frazee’s team of public defenders made the move was so that they could further test the forensic evidence being used to press charges against the man suspected for murder.

The prosecution did not object to the court date push so the judge granted the request and rescheduled Frazee’s arraignment for later this month on May 24. Unless any more filings occur, this is when a guilty or not-guilty plea will be entered, and possibly a future trial date will get set. Most likely, the trial will occur in the courthouse in Cripple Creek.

After Frazee’s preliminary hearing last February, much information relating to how police were able to get enough evidence to make the arrest surfaced the public. Most of the hearing consisted of Colorado Bureau of Investigations Agent Gregg Slater testifying about what Frazee’s mistress from Idaho, Krystal Kenney told him in an interview. This interview was conducted after Kenney made a plea bargain with the district attorney and pleaded guilty to felony charges of tampering with evidence.

Most of what is now known about the alleged murder is based on Kenney’s testimony especially since nobody has yet to be found. However, the police have also found several pieces of evidence that correlate with what Kenney told the authorities.

The evidence found that supports her story includes video camera footage, physical, and forensic evidence. The first thing that caught the attention of the police was video footage.

First, authorities found a tape with Berreth in the Safeway in Woodland Park shopping with her daughter on the last day police believe she was alive. Then, police found footage from a neighbor of Berreth’s camera proving that Frazee went back into the missing woman’s townhouse after he had told police he left there after he picked up their one-year-old daughter.

Then other evidence including cell phone tracking technology tracked Berreth and Frazee’s phones leaving Woodland Park together then heading west to Florissant then south to a ranch west of Cripple Creek. The phone was then traced back to Frazee’s ranch and then the police determined that her phone went to Utah and Idaho.

Lastly, there were multiple pieces of forensic evidence that were uncovered during the various searches that further supported Kenney’s story of the gruesome murder that took place last Thanksgiving Day. First off, after the police had already gone into Berreth’s home and searched Berreth’s brother who came and was staying at her house sent investigators back to search the home when he sent pictures of what appeared to be blood and wipe marks suggesting the area had recently been cleaned.

When the police came back they tested Berreth’s house and found that there was indeed the blood of Berreth present. The investigators also found Frazee’s DNA in the same area as Berreth’s blood was discovered.

When Frazee’s property was searched after police obtained a search warrant they also found other evidence that backs up the Idaho woman Kenney’s story. When an arson investigator searched the 35-acre ranch owned by Frazee’s mother they found remnants of burnt fuel and plastics which support the story of Frazee burning Berreth’s body inside a plastic tote using gasoline and motor oil.

Police also found several adult teeth when they searched Frazee’s house. Five of the teeth were saved inside a paper envelope and another one was found in another room in the home. It has not yet been announced whether or not the teeth have been proven to be Berreth’s, but Kenney claimed that Frazee told her to look for teeth that were dislodged during Berreth’s gruesome, fatal beating with a baseball bat inside her own home.

All of this evidence could be included in what the defense attorneys have been testing this past month. Anytime evidence from the prosecution side gets submitted the defense has the right to get all evidence tested by a third party private agency.

Another factor that might change what plea Frazee enters at the end of this month is the fact that Berreth’s body or any remains of it have yet to be found even after an extensive search of a landfill south of Colorado Springs. The fact that nobody has been found will make it tougher for the District Attorney’s office to go after the death penalty in Frazee’s murder case.

If a murder trial is set as many observers expect, it would become the most publicized homicide case since the saga of Jacob Ind in the mid-1990s. Ind, who was a teen at the time, was found guilty of killing his mother and stepdad in their Woodland Park home.