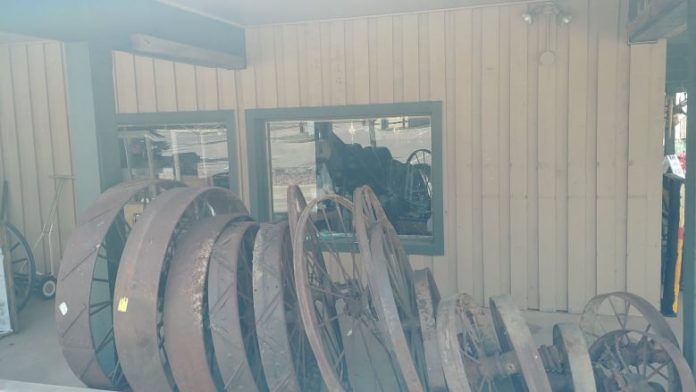 Late last year, the state water board stormed into town and noticed that there was water arising from the ground in an area between Divide and Cripple Creek, which has been most commonly known as “Gillette Flats.”

The state then vowed to close the well/spring down but after much resistance from locals, they pushed the closure date to April 1 and then to May 1. This potential closure situation is still up in the air, with more questions than answers.

The state water board officials first planned to shut the “free well” down last October. Due to the recent drought, Colorado has suffered for the last several years the state officials have been cracking down on water rights laws.

The state claimed that the water coming out of the well in Gillette belonged to the Arkansas River basin and people that used the well were technically robbing the water from its rightful owners south of the area. However, as soon as it was announced that the high mountain spring water source would be shut down, many locals made a public outcry.

As soon as it made the news that the well would get shut down by the state, an online petition started circulating on social media pages. The petition urged the state water board to reconsider closing the well because hundreds of people rely on the water that comes from it. The group that started the online petition quickly got thousands of signatures, an action that caught the attention of several local and state government officials.

Several meetings were held and representatives on both sides were heard. The local citizen’s group claimed that the well had been there for many years and that people who could not afford to purchase water had been relying on the well. The state water board officials, though, said that other people had rights to that water and that everyone has to pay for water.

The state officials went on to say that the only way the well would not get tapped and closed down for good was if local boards figured out a way to make consumption of the Gillette Flats well water legal.

According to the officials, the only way to make the well legal was if the well was metered and all of the water that came out of it got replaced by some other water source. The officials said that they contacted both the city of Cripple Creek and the Florissant water board and asked them if they would be willing to augment the water taken from the well. According to state officials, both entities said they would not. 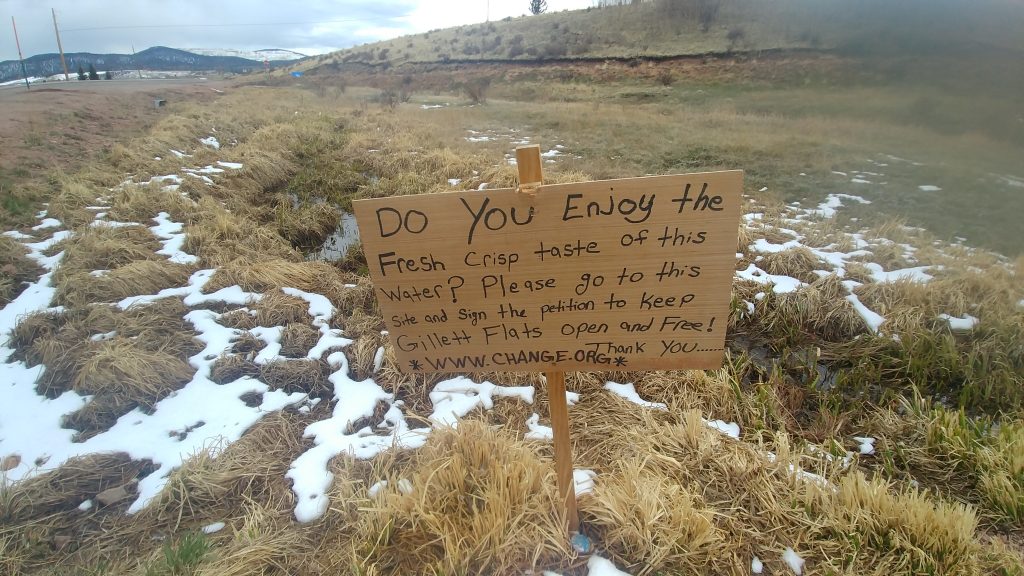 But shortly after the petition was launched, an organization called the Gillette Flats Spring Organization was formed by the people who started the initial campaign to save the well. The plea from the large group of residents and well users convinced state officials to change the original well closure date from late last year to April 1, 2019. The extension was to give local citizens time to figure out how they can make the well legal by replacing all of the water that gets taken out of it.

During the months between last October and April 1, the group has held meetings and tried to come up with ways to make the spring legal. The group recently came up with a plan to raise money to upgrade the well, and then use money donated to replace water that gets taken from it.

The organization drafted up a plan for the spring upgrade, which includes turning it into a historic tourism site. “We think it has historic and tourism potential. We’re doing the best we can to get to the next step, but it’s surprising how many stumbling blocks there are,” said Toni Moore, secretary of the Gillette Flats Spring Organization. “Our goal is not so much providing water to people but keeping the spring open as a historic site.”

The plan drafted by the organization removes the catch basin and replaces it with a natural looking small pool. The well will also have benches around it and postings with historical information about the spring.

However, the road to keep the well flowing has not been an easy one. The organization must first raise money for the upgrade and pay to get a meter installed on the well. Then, the group must come up with enough water to pay for what gets taken out of the well, so the neighbors down the hill in the Arkansas Valley do not get robbed of water that is rightfully theirs.

Moore also said that some of the government officials have been cooperating well with the project while others have not been. “The Department of Water Resources folks (Tyner, Henricks,et al.) and our State Representative Mark Baisely and his assistant, Kurt Huffman have been great. They have been transparent and consistent,” Moore stated. “CDOT and our Teller County officials, not so much,” she added.

She went on to say that after the project had been planned, local government officials threw more hurdles their way. “Our goal is to pay for the water that is being carried away. That means folks downstream will not be hurt. If we do that, why so much concern from government entities about maintenance and liability?” Moore said. “How about if the maintenance and liability stay as they have been for the past 50 years? How is it that if we pay to replenish the water, there is suddenly a new liability?”

The organization wasn’t able to finalize their plan and present it to the state by the April 1 deadline. However, they succeeded in getting a brief extension. “The deadline has been extended to May 1,” Colorado Water Division 2 Engineer Bill Tyner said. “A working group is attempting to preserve the spring.”

As of May 1 the Gillette Flats spring was still flowing. It is still not certain what action the state may take.

One fact remains certain:  The well in question has a colorful history. And not surprisingly, the water saga has sparked a good old fashion fight between local residents and government officials.

The well that caught the attention of state officials last year has been providing water for local Teller residents for at least 30 years. But, research that has been conducted in the area suggests the fact that the well in question has been sustaining H2O for many local humans and animals since the late 1800s.

Many people think that the well was originally drilled for a property located in the town of Gillett that existed in the late 1800s and early 1900s. Then the spring was used to give water to cows on a cattle ranch. Now the spring is located on a piece of property owned by the Colorado Department Of Transportation.

The state officials contend that the water coming from the well may not be safe. The locals, however, disagree with this contention. One member of the organization got a sample of water from the well and had it tested.

The member then posted the results on the social media page and many were happy with what they saw. “In case you wondered just how good the water is at Gillette Flats,” Donald Hoying said in the post. “Spoiler alert, it is some of the best water you’ll find — very ‘soft’ water with just enough minerals for good taste.”