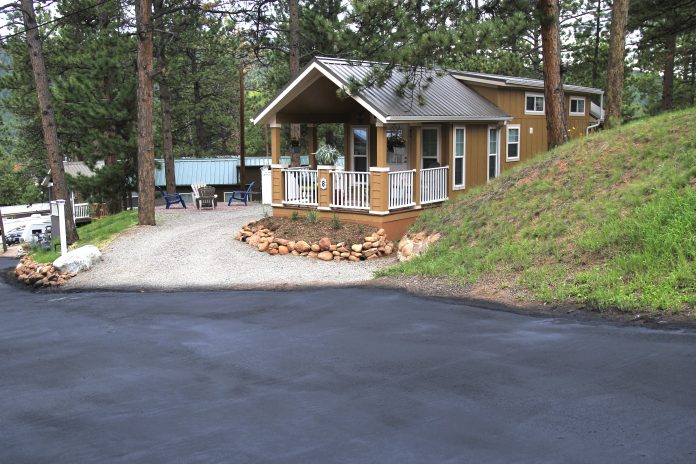 No Public Hearings Required for Village at Tamarac

Pending any final obstacles, The Village at Tamarac off  Hwy. 67 in Woodland Park could soon become the home for 53 reported “small houses,” a project being dubbed as the latest effort at offering more affordable housing.

Developer Pete LaBarre and his development group, M3XP2, plan to purchase 6.68 acres of land in the Tamarac subdivision for their project called, “The Village at Tamarac.” Bob Young, of Mountain Star
Investments is the current owner of the property. But according to Planning Director Sally Riley, she believes the land is under contract with LaBarre. Riley said, “The county assessor database still shows
Bob Young as the current owner.”

LaBarre expects to close on the property by mid-February and hopes to break ground in the spring and
to have homes ready to move into by July or August.

The land is zoned multi-family suburban. According to Riley, the zoning allows for up to eight units per acre. Riley pointed out this development would not be the most dense use of multi-family zoning in town. 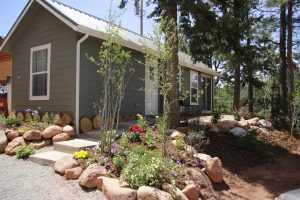 That designation belongs to Trail Ridge Apartments, located near the Safeway shopping center.
Riley said, “Trail Ridge is 20 units per acre. There are seven buildings with 24 apartments in each building.”

The proposed “tiny houses” will be manufactured homes, built by Champion Home Builders and trucked to the site for installation on permanent foundations. The houses will be served by city sewer and water, as well as electric power from IREA and gas through Black Hills Energy. Champion Home
Builders manufactured homes are IRC (International Residential Code) certified. Riley also stated that LaBarre has plans for strict covenants for development.

Since the land is zoned multi-family suburban, the project does not need to go to the planning commission for recommendation nor the city council for final approval. Riley said, “This is a permitted use by the right for a multi-family project on these six acres.” 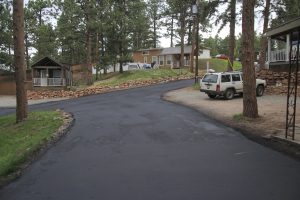 notified and the property will be posted. A 15-day comment period will follow the
posting for public input. Riley said as of now, the city has not received a permitted use site plan for the project.

Riley stated, “If the applicant meets all the city standards with respect to grading and infrastructure, lighting, and landscaping, then we will approve the development.”

The “village” would offer one and two-bedroom homes with seven optional layouts. Each unit will have at least 500 square feet of living space. Plans for each unit include a front porch, with the
option of having a back porch as well.

The home prices would start at about $115,000, and the owners would pay $600 to $700 a month to lease their lot. According to an article in The (Colorado Springs) Gazette, LaBarre explained he is trying to meet the need for more affordable housing in Woodland Park. He said, “The reality is that the
housing shortage, in all price ranges, is really critical. There’s a whole segment of our society that can’t afford a $250,000, $300,000 home. They can’t get financing. They’re stuck with renting.”

He also noted that current regulations are often outdated for these types of affordable housing projects. “The zoning and codes haven’t kept up with the quality of product that’s being factory built, whether it’s a tiny towable park model, a manufactured home, or a modular home.”

The median sale price for a home in Woodland Park was $375,000 in 2018, according to the Pikes Peak Association of Realtors.

LaBarre is co-owner of Peak View Park, a tiny home village on Hwy. 24. LaBarre recently abandoned plans to develop a tiny home village adjacent to Morning Sun subdivision, which would have allowed 80-101
tiny houses to be installed on 11 acres of the 13-acre plot. That plan met with fierce opposition from a resident of the Morning Sun area, who feared the project would lower their property values.