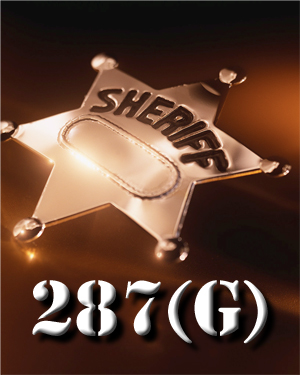 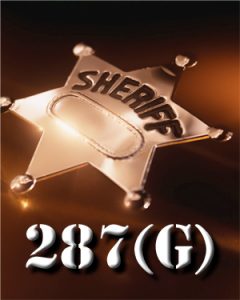 Officials from the Teller County Sheriff’s Office are remaining mum on a growing media controversy over an agreement it has signed with the U.S. Immigration and Customs Enforcement (ICE) pertaining to the interrogation of suspected undocumented immigrant prisoners.

According to Teller County Sheriff Operations Commander Greg Couch, sheriff authorities want to wait until a lawsuit between their agency and the American Civil Liberties Union is resolved prior to issuing any statements regarding its detailed arrangement with ICE. They have cited ongoing litigation for not commenting any further. Authorities from ICE also have remained silent on the issue.

The ACLU last year sued the county for its support of ICE in holding prisoners who may be illegal aliens. The county won the first round of the suit, as a judge denied an injunction request by ACLU, but the status of the overall suit still remains in limbo.

Couch said once a final ruling is reached, then the sheriff’s department will release more information and hold a detailed press conference.

At issue now is a nearly year-old letter, sent to ICE, which has recently ignited much media attention and scrutiny by the ACLU. Plus, the controversy has been escalated further by the national furor over President Donald Trump’s pursuit of a $5.7 million wall along the Mexican/U.S. border to squash illegal immigration. A standoff over this issue led to the partial shutdown of the federal government for more than 30 days, with renewed concerns that the same shutdown process could occur again.

Trump originally signed an executive order to increase illegal immigration enforcement, termed the 287(g) program, in which nearly 100 law enforcement agencies participated nationwide. Teller County was one of these, but reigned as the only one in Colorado to partake in the effort.

In the letter, dated Feb. 2018 and addressed to the ICE deputy director,  Sheriff Jason Mikesell stated, “As sheriff of Teller County, Colorado, I am requesting the opportunity to participate in ICE’s 287(g) Program. My office has completed the Needs Assessment form and looks forward to the opportunity to enhance our working relationship with ICE. As explained in the Needs Assessment, we have seen an increase in crime in our county, including criminal activity by out of state cartels and illegal aliens who are taking advantage of Colorado’s recreational marijuana laws to operate sophisticated illegal grow operations. As sheriff, I am committed to using every law enforcement tool available to keep our county safe and acceptance into the 287(g) Program will help me in this effort.”

The letter was compiled shortly after Teller sheriff authorities unveiled an unprecedented campaign against illegal marijuana grow operators, entitled “Get Out of Teller” that cracked down on illicit cannabis growers within the county. Throughout 2018, the county made a record level of marijuana-related grow and drug busts, many of which involved out-of-state, international cartels.

Under this 287 request, Mikesell committed to using two members of his staff to be trained to interrogate suspected undocumented immigrants at the county jail, issue arrest warrants for immigration violations and do appropriate paper work to initiate the deportation process.  This activity, though, could occur for inmates booked at the jail, and not for patrolling the county. The sheriff, in his earlier letter, also noted that he already made the jail facility in Divide available to assist ICE with its detention space needs and “made office space available for local ICE officers to use when they visit our facility to check on ICE detainees.”

However, in frequent press briefings, Mikesell  has made it clear that Teller County doesn’t handle many illegal alien cases. But he has maintained that they are increasingly worried about the illegal grow operations attracting a more criminal element to the county it hasn’t experienced before. The sheriff office’s anti-illegal marijuana-grow campaign has even attracted attention from law enforcement authorities in Canada.

“My main concern is not about rounding up immigrants,” said Mikesell in a previous interview with TMJ regarding a number of top issues for 2019. “My main concern will always be that we must protect the citizens from the type of bad people that we are going after.”

But Teller’s participation in the federal program has generated much criticism from ACLU representatives. “Undermining public trust undermines public safety because public safety depends on witnesses and victims calling the police,” said Mark Silverstein, legal director of the American Civil Liberties Union, in an article in The (Colorado Springs) Gazette. He was referring to the allegation that certain immigrants may hesitate in reporting crimes to local law enforcement officials if the agencies are involved in the deportation process.

In the last week, several media reports have questioned the sheriff department’s role in the 287(g) program. “The 287(g) agreement is just another way in which the sheriff is exceeding his legal authority. He doesn’t have the authority to enforce immigration law,” Silverstein stated, according to an article in the Westword newspaper. “Under this agreement, it’s okay with the feds for the sheriff to enforce immigration. But it also has to be okay with the State of Colorado. That’s the part that Sheriff Mikesell and the feds are overlooking.”

El Paso County was involved in this program previously, but withdrew from the ICE effort in 2015, following a variety of reasons, including the profiling of immigrants.

The Teller sheriff’s office has another agreement with ICE, pertaining to the detaining of possible illegal immigrants at the agency’s request. This agreement became the center stone of a lawsuit, filed by the ACLU in 2018, on behalf of Leonardo Canseco Salinas. He was held at the Teller County jail on an $800 bond over two misdemeanors involving the alleged theft of about $8 from a gambler at a casino in Cripple Creek. Salinas maintained this was nothing more than a misunderstanding over money previously deposited in a slot machine by another player.

In a recent interview with TMJ News, both Mikesell and Undersheriff John Gomes expressed optimism about the eventual conclusion of the lawsuit. ACLU representatives were hedging their legal bets originally on a similar case in El Paso County during which a judge sided with the ACLU. But that didn’t happen in the initial ruling by Lin Billings Vela last summer.

Officials are hopeful that with the recent media attention this issue has generated, a final decision will occur sooner than later.