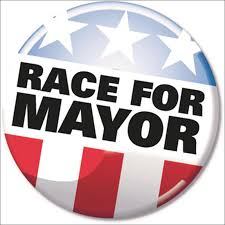 Even though the deadline is months away, the 2019 election season has gotten off to an early start in the Cripple Creek/Victor district.

Recently, Cripple Creek council member Meghan Rozell, who also is a former city employee, announced her plans to run for the town’s mayoral position. This is expected to become one of the most contested elected seats in the CC/V district. The current mayor, Bruce Brown, can’t run again due to term limits, creating a spree of possibilities for the town’s head elected spot.

The next election, slated for November 2019, will give city residents a chance to choose a new mayor and two city council seats. Cripple Creek, like other local municipalities, holds an election every two years. In 2017, Meghan Rozell and Melissa Trenary were elected to seats on the council.

In 2019, the seats held by Tom Litherland and Chris Hazlett will be up for grabs as well as Brown’s mayoral position. By the time of the election, Hazlett and Brown will have both served in their position as long as they can and can’t run for the same seats due to term limits. Litherland could run again in 2019 as an incumbent. To date, he has not announced his re-election plans, but has plenty of time to make a formal decision.

Much speculation abounds regarding the political cards for Cripple Creek, a familiar topic of conversation at local gathering places.

Although he can’t seek his council position again, Hazlett could make a run for mayor, along with Litherland, a previous mayor, or council member Melissa Trenary.

In replying to an inquiry from TMJ News, Trenary has said that she is not interested in jumping into the race for mayor next year. “At this time, I have no plans to run for mayor,” Trenary said. “I want to finish out my four year term as a city council member and then go from there.”

Rozell is the first person to publicly announce her bid for mayor,  via her social media page. It is still too early, though, to file official paper work and to submit a petition. But in an interview with TMJ last week, she stated said wanted to seek the mayor’s position, since she was elected to her city council position in 2017. She knew it would become available in 2019.

Rozell said that she wants to pursue the city’s head seat for a variety of reasons. “Predominately, we are at a very interesting point in time,” Rozell said. “As a city there are a lot of things that we don’t know about, such as the direction of gaming. We could have a huge economic boom on the horizon with the casinos expanding. We also could see sports betting go across the state and have to diversify our economy. I think a big deal right now is that instead of reactive leadership, I think we are in a point of time where we need proactive leadership and governing.”

“I am very passionate about our community,” Rozell added. “We have incredible potential and it’s time to explore more of that.”

The council member knows that it is still early to be calling the shots next November, and that most likely she will face competition in the 2019 election in her bid for mayor. As for the two council positions that will be up for grabs, Rozell said that she has heard some interest from individuals in town wishing to compete for those spots

If history repeats itself, Cripple Creek should have a number of candidates.

However, Rozell is currently the only Cripple Creek citizen to come forward  to announce plans to pursue a campaign for local political office in 2019. But the official paper work doesn’t have to be completed until August 2019.

The Creek mayor’s spot could be a hot race, since this is the first time in 10 years or so, the city will have a new head leader. Brown, who first served as a council member, was appointed as mayor, following the resignation of then mayor Dan Baader. He then was elected twice as mayor, only facing opposition in one of the races.