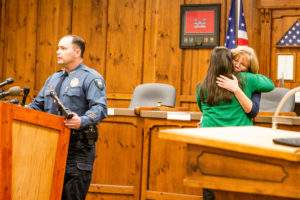 On Thanksgiving Day, Kelsey Berreth was last seen at the Safeway in Woodland Pak.

Shortly afterward her mother reported her missing, which has since left investigators clueless. The story that has recently made world news has left many wondering what exactly happened to Berreth.

On Monday, the Woodland Park Police Department held a press conference at the local city hall about the situation. Woodland Park Police Chief Miles DeYoung and Kelsey’s mother Cheryl Berreth were both present at the conference. Whereas, very little new information was given during the meeting the police chief made it clear that it is currently a missing person case and that they do not feel that there is a threat to the public at this time. A national search has occurred for Kelsey Berreth

“This is a missing person case, and right now, there are a lot more questions than answers,” said Susan Medina, spokesperson for the Colorado Bureau of Investigation.

Cheryl Berreth made an emotional plea, directed at her daughter, to return home at the conference. 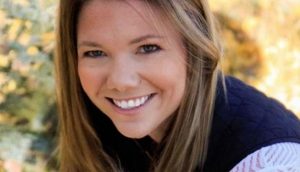 A variety of theories and stories have been thrown out regarding the missing 29-year-old woman.

Kelsey Berreth had planned to be gone from her job as a flight instructor for Doss Aviation in Pueblo, but still hasn’t returned home. She moved to Woodland Park with in 2016 with her fiancé, the father of her 1-year-old daughter.

Reports have run rampant that Kelsey Berreth may be in Idaho, but nothing has been confirmed.

A full report on this story, including continual updates, will available in the next issue of TMJ News. Also, check for updates atwww.mountainjackpot.com and at Mountain Jackpot Facebook.