Teller County and Ute Pass voters have said a resounding “yes” to several  key local tax propositions, but have hit the gas pedal hard in declaring their support for GOP candidates.

In other words, Teller is still a hardcore red driving zone

By extremely lopsided margin, voters favored a half-cent cent tax for the Ute Pass Health Service District to help fund, sustain and expand local ambulance service in Woodland Park and any parts of the county. The district proponents won the tax issue  by close to 60 percent, based on preliminary results. This marks the district’s second attempt to secure a sales tax hike in recent years.

The first time, they failed by a lopsided margin. But Tim Dienst, the chief executive officer of the Health Service District, expressed much optimism in the second go-around.

And Cripple Creek voters made it clear they love their Aspen Mine Center, with a slight sales tax hike proposal getting approved by more than an 80 percent margin.  The extra money would be used to help  pay for the  operational costs associated with running the Aspen Mine Center, the main one-stop resource hub in southern Teller County.

And the pro-local tax drum beat continued in Green Mountain Falls, with voters supporting an occupational tax, assessed against overnight guests at lodging establishments and short-term rentals by a 60-plus percent margin. This tax, estimated at $4.50 a  night for overnight guests, replaces what was formerly classified as a lodging tax. In fact, all of the ballot issues in GMF fared well, including a measure that would reduce the number of elected trustee seats from six to four.

In the Four Mile area, a bid to allow the fire protection district to stabilize their taxes to offset assessed value reductions was met with voter approval.

But in Victor, voters once again maintained their strong support for having citizens choose key positions, such as city clerk, and not elected leaders.  A ballot measure to have the council appoint a city clerk was trounced by more than 70 percent of the voters.

As for state issues, Teller voters mirrored the sentiments across the state in soundly defeating both transportation-related issues, including one entitled Fix Our Damn Roads. That measure, Proposition 109, was heavily supported by leaders in the region, including the Teller County Commissioners and the Green Mountain Falls Board of Trustees. But Teller voters said, Hell no, with more than 60 percent of the local voters tallying a no verdict. Proposition 110, a transportation funding improvement plan, calling for slight sales tax, even incurred a more gruesome defeat.

Teller voters, though, supported one of the more controversial measures, Amendment 74, calling for a fair market value compensation for property owners regarding future government decisions, by a 54 to 45 percent margin. 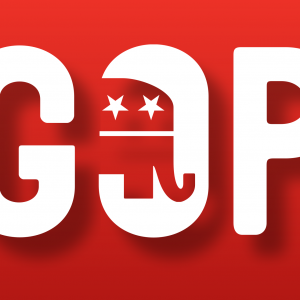 And once again, the election results declared staunch voter support for GOP candidates.

In the only contested Teller County race, Mark Czelusta, the GOP nominee, beat Betty Clark-Wine, the current assessor and an unaffiliated contender, by a 63 to 37 percent margin in the heated race for treasurer. This followed a staunch campaign by both candidates and marked the only time in recent years the treasurer seat was challenged at the general election level.

In comments immediately following the vote, Czelusta, in an email statement, said, “Teller County’s voters have spoken, and I am pleased and humbled to accept your offer to serve as the next Teller County Treasurer and Public Trustee. Congratulations to everyone who voted. Your participation in this election reaffirms the ongoing gifts of our Republic and its Constitution. It also reflects well on us all as Coloradans and Teller County residents. Your voice has been heard. To our supporters and mentors, I cannot thank you enough, and I pray that you truly feel the depth of my appreciation. It may have been my name on the ballot, but this victory is yours. To those who may not have supported me, please know that I will serve you with all that I am. I work for everyone and am proudly your employee. I will be the County Treasurer/Public Trustee of which you and your children can be proud.”

He also complimented Clark-Wine for her years of service with the county.

Teller voters also heavily supported the GOP contenders for key state offices, such as Walter Stapleton for governor, Wayne Williams for secretary of state and George Brauchler for attorney general. But in virtually every case, the Democratic candidates won these seats, based on preliminary results, in what some insiders are calling a huge blue wave. Jared Polis, for example, beat Stapleton by a convincing 51 to 46 percent margin at the state level in the race for governor.

For more election information updates, visit www.mountainjackpot.comand mountain jackpot facebook, and make sure to check out our Nov. 13 print edition, available at more than 150 locations.