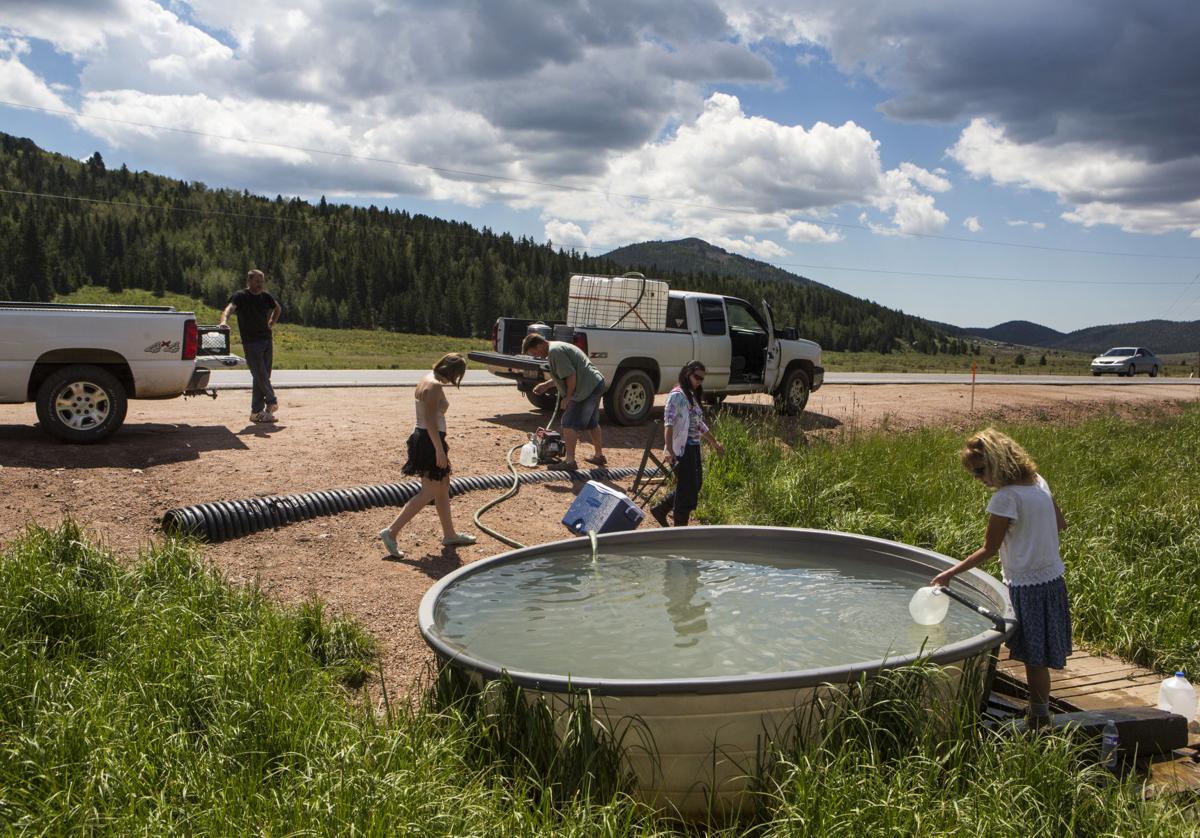 A popular water well in Gillette Flats off Hwy. 67, commonly used by residents and visitors, is still slated for a shutdown next month.

Rumors of a possible takeover by the city of Cripple Creek, and the development of a facility to accommodate the water source, were officially squashed last week.

“We have no connection to the water well,” said Interim City Administrator Ray White, during a report to the city council on Oct. 3.

White said the city conducted a preliminary investigation to determine if it had ties to this water well, or if any documentation existed. The administrator confirmed that the inquiry drew blanks. “It is not ours,” said White. That said, the city’s water attorney may review the well situation in more detail, according to White.

However, White stressed that the city is not in a position to take over the well to avoid a forthcoming state closure, or to develop a bulk water storage facility there. Recently, rumors have abounded that the city may come to the rescue of residents seeking to keep the water well open.

Besides the fact that the city doesn’t have any connection to this water source, the administrator expressed concerns about Cripple Creek competing with local businesses that deliver water to area residents. There are approximately six other water districts and companies that provide this service in the county or nearby areas, according to state officials.

White also confirmed last week that the city has received correspondence from the state, reaffirming their position to close it unless another entity steps up to the plate and pursues a proper augmentation plan. The main culprit appears to be the lingering drought impacting many key waterways, such as the Arkansas River.

“The water tank will be removed and the water supply disconnected in November 2018,” stated officials from the Colorado Division of Water Resources, in a Sept. 27 notice. “The removal is in accordance with Colorado’s system of water rights, Title37-Water and Irrigation-Colorado revised statues, which is administered by the Colorado Division of Water Resources. This spring and water tank are located within the Arkansas River drainage basin where there is not enough water to fulfill senior water rights.”

“The water that fills the tank is believed to be a tributary to Oil Creek, which is eventually tributary to the Arkansas River. In the  Arkansas River Basin, there is not enough water to fulfill all of the long-standing demands of water users and the use of water in the tank is presumed to cause injury to existing senior water rights,” added Tracy Kosloff, an assistant state engineer of the Colorado Division of Water Resources.

Kosloff said the state will coordinate efforts with the Colorado Department of Transportation to remove the tank in November. An exact date, though, has not been set. A notice will be attached at the site, informing residents where water can be obtained legally, according to Kosloff.

According to certain reports, state officials also have raised some concerns about water quality from this spring. However, these accounts have not been confirmed.

Regardless, the closure will come to a blow to many residents and visitors, who pull off Hwy. 67, to fill their water jugs and tanks.

For weeks, much blame has circulated about who is the guilty party.Social media outlets initially pointed their figure at Teller County However, the county commissioners have maintained the county has no jurisdiction over this spring, and made it clear they favored the use of this well.

In some ways, the well also represented a mini-tourist attraction, and was a common spot for photos.

The well has a long history in southern Teller, dating back to the 1880s. This particular spring has been actively used for the last several decades. When word circulated about the spring removal, a petition was started, opposing the closure. The petition, according to proponents, sought to “Save the Gillette Flats Water From Greedy Hands.” Already, more than 2,000 signatures have been collected in this community effort to stop the state from closing the spring.

But residents seeking to keep it open are running out of options.