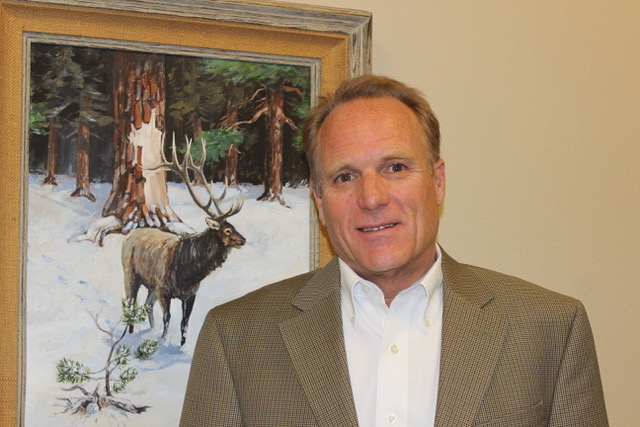 Similar to other parts of the region, the local economy is booming and is sparking a growth in construction projects.

More and more building activity can be seen in the entire Teller and Ute Pass area. Last April, Park State Bank & Trust in Woodland Park made a step to facilitate the growing construction industry in the area. The local community bank named Drew Austin as their Construction Loan Officer.

Austin is a familiar face in the banking and financial arena.

Austin has worked in the lending business for 30 years, focusing the last five years of his career on handling construction loans in Woodland Park. He previously worked at Peoples Bank and now with his new position at Park State, he will be working with customers in Woodland Park, Teller, El Paso and Park counties. Austin is a new part of the bank’s loan team and will provide loan services specific to the construction industry.

“Whether it be new construction or remodeling, plan review, budget assessment, borrowing and project qualifications, they all fall within that officer’s purview,” said Tony Perry, President and CEO (chief executive officer) of Park State Bank & Trust. “Drew’s responsibilities will first start with the initial contact with an interested customer. The next number of steps will involve everything from a standard loan application, gathering pertinent financial information and on to the plans and specifications including appraisals if necessary,” Perry explained.

Since he joined the Park State team last spring, Austin has enjoyed his new position and is proud to be a part of the community bank team. “I became aware of Park State Bank because they were my biggest and best competitor.”

Austin explained that he liked the structure of a community bank and how they operate. “It seemed like perfect timing and a good fit for both myself and Park State,” Austin said.

He also said that he liked the direction the bank was headed with their plans to invest more in local construction and housing. “We both see that there is a need for the development of more housing for every price point,” Austin stated. 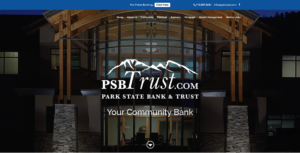 His approach to his new position is to work very closely with his customers, including having the first meeting with them at their homes. He finds that new customers are more comfortable when they meet at their home, where they have all needed information readily available. He also said that many times he will even meet his customers on Saturdays after regular “banker hours.”

According to Austin, the construction market in the area has been recently changing. He said that several people who bought land 15 or 20 years ago are now coming back to build. He explained that his typical customers now are second and third-time home buyers who are ready to make the move to build their own home.

As far as construction hotspots in the area go, Austin said that the Stoneridge subdivision located in Woodland Park off of Highway 67 has been expanding in the last three years. He said that the new growing subdivision has provided the area with more of a traditional city neighborhood type of product.

Austin explained that there are special types of buyers who want homes with the city-like atmosphere. “They want the mountains but they still want the city community type of feel,” Austin said. He also said mobile home construction has come back to the area and has increased in popularity.

For the past few years wildfires have riddled the area and left several people without homes. According to Austin, he has not had anyone contact him for information regarding a lost home in the High Chateau fire.

The only issue that recent fire created that directly affected one of his clients had to do with a property a client had in escrow. Once a major event like a wildfire takes place, many of the major loan agencies freeze loans to properties located in zip codes that have had a fire occur. However, according to Austin they just had to go to the property and notify the financial institution that the area was not affected by the blaze in order to get the sale approved.

Working with customers that wish to rebuild their homes is not a new thing for Austin, who is well-versed in this task. The Park State Loan Officer said that he worked closely with people that had lost their homes during the Hayman and Waldo Canyon fires. He said that many people who have homes that burned do not choose to rebuild. But for the ones that do, Austin said that he will work closely with the homeowner and their insurance companies to come up with the most feasible rebuilding plan.

Within the last several months, the federal government has placed tariffs or taxes on goods imported into the country from several foreign countries. News reports across the nation suggest that the increase of tariffs have caused the price of products at the consumer level to rise. Recently, it was reported that Coca Cola would be raising the price of their sodas due to an increase in the price of aluminum.

So how have the tariffs and increase of prices of materials like aluminum affected the construction market locally?

According to Austin, the effects have only been noticed at the consumer level during the initial discussion phase. He said that the costs of building have not yet drastically increased locally but potential home builders have expressed concern that they will.

Some future builders have put the recent increase in building material costs into their decision making process when they first start deciding if building a home is what they want to do.

If you are interested in meeting Austin about your dream home, or if you are a builder inquiring about a business construction loan, he can be reached at 719. 687.9234, or you can stop by Park State Bank & Trust, located at 710 U.S. Hwy 24, Woodland Park, CO. Austin is available during bank hours.