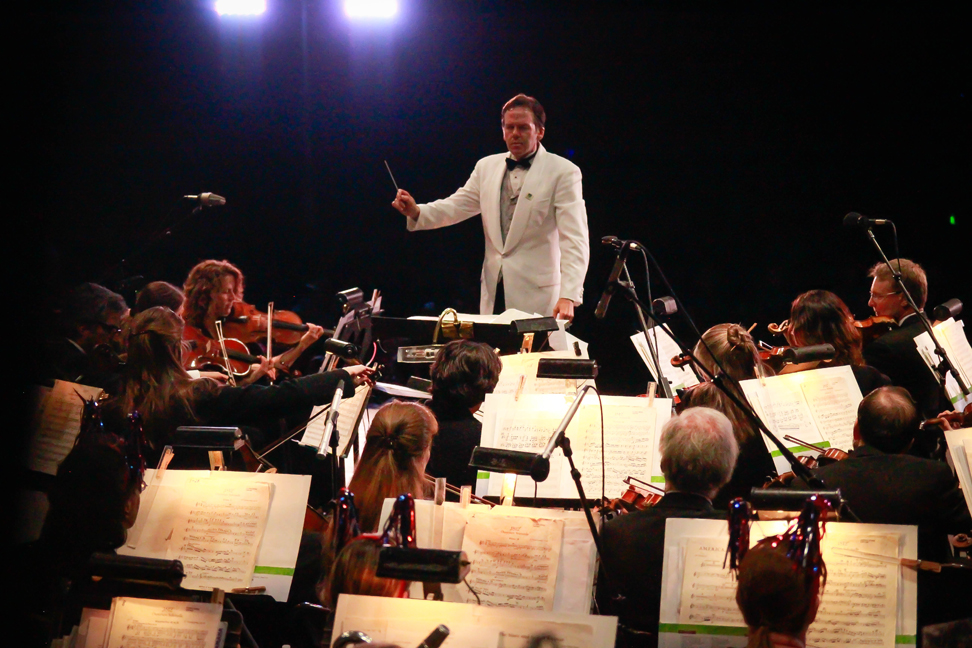 A rare cancellation of  region’s most popular cultural show 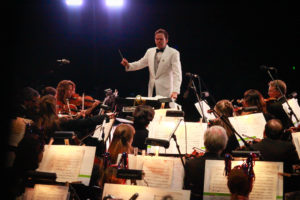 ~ by Rick Langenberg ~
~ photos by CR Chambers ~
Talk about a bad luck week for operators/organizers of key holiday events, thanks to Mother Nature and an active and sizzling fire season.
With the raging High Chateau blaze, coupled with a pending thunderstorm report, the nearly 40-year Symphony Above the Clouds tradition became the latest casualty of the holiday week, marred by disasters and cancellations.
Ute Pass Symphony Guild officials announced last week that the  “Symphony Above the Clouds event scheduled to be held Thursday, July 5, at the Woodland Park Middle School, has been cancelled due to Safety Concerns for all participants. The fireworks and canons had already been cancelled due to the fire ban, and with the expected lighting, rain, and temperatures for this evening the decision was made in the best interest of all involved.”
A similar pronouncement was made by Josep Capalle–Donenech, music director of the Colorado Springs Philharmonic group, which puts on the show on every year on July 5 in Woodland Park.The music director cited safety concerns for the performers. 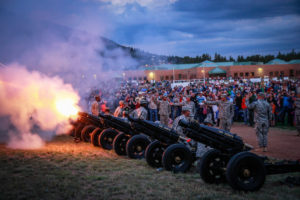 This marked the first time in recent memory the symphony was cancelled due to weather-related concerns. A number of years back, the Symphony Above the Clouds was moved indoors into the then Woodland Park high school/middle school gym area due to a storm scare. This put a challenge on the firing of the cannons for the grand finale, but the performance still occurred.
Originally, the symphony was a go, but officials had decided earlier to cancel the fireworks show. But reports of a serious thunderstorm, bracing to hit the area just as the gates were scheduled to open, appeared to be the final death knock. This prediction was fairly accurate.
This emerged as probably the biggest downer for holiday-goers in Woodland Park, as the Symphony Above the Clouds typically attracts the largest crowd for any event in the area. 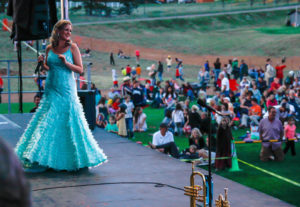 No announcement has been made about a rescheduling of the event.
This bad luck July 4 syndrome affected the entire Front Range.
Colorado Springs was able to do their fireworks show on July 4. However, the unstable weather impacted Coors Field in Denver. Their July 4 show, following the game between the Colorado Rockies and San Francisco Giants, was delayed an hour or so due to a storm pattern moving into the Mile High city.
The show still occurred, but the crowds were much smaller due to many fans that left the stadium due to question marks surrounding the display.
These were some of the latest setbacks for the usually highly festive Independence Day holiday that was filled with a few scars this year due to wildfires and related scares
In a recent decision, Cripple Creek officials finally decided to pull the plug on the town’s highly revered fireworks show, dubbed as one of the best in southern Colorado.  Cripple Creek was one of the last hold-outs for communities in the area in opting to cancel their show. At an earlier city council meeting, officials even presented details on why their show should still occur and why it got the blessing of the local fire department. But all those details were put to rest with the High Chateau fire that forced  nearly 2,000 people to evacuate their homes.
But few  locals complained about the no-fireworks call. A festive atmosphere abounded in both Cripple Creek and Woodland Park on Independence Day, with a variety of events and music. Woodland Park’s annual Old Fashioned July 4th festival attracted another large crowd. This is one event that remains shielded from the fire scares that infiltrate the region around this time of year
And Rockies fans were treated on July 4 to a rare sweep of the Giants, courtesy of a 1-0 victory in a highly touted pitchers’ duel. How many 1-0 games ever occur at Coors Field?
So it wasn’t all bad on the July 4 front this year..
Also, even though the shows didn’tgo on in many cases, or were delayed, the canceled pyrotechnical displays will occur at another time of the year.