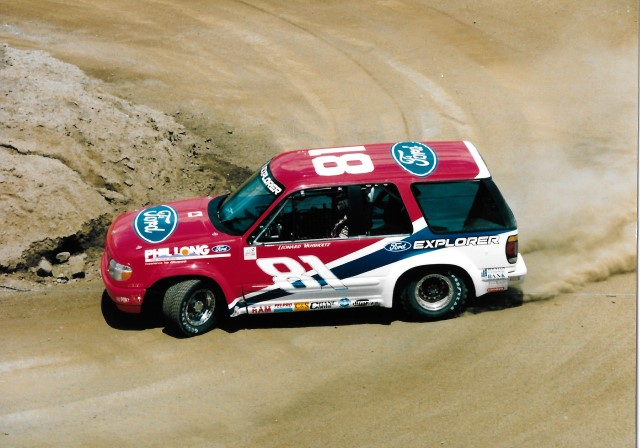 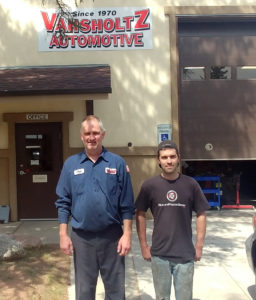 Local Family to Challenge the Peak With New Race Toys

As the end of the month sneaks up on race fans, the day the green flag gets waved to start off the famous jaunt and roar up America’s Mountain gets closer and closer.

On June 24, cars and motorcycles will race up the area’s popular fourteener in the 96th running of the Pikes Peak International Hill Climb. The event that has been around for almost a century attracts competitors and spectators from all over the world. In addition, it has attracted a hefty amount of local racers.

Some have nicknamed Pikes Peak “Vahsholtz Mountain” after a local racing family. A member of the Vahsholtz family has participated in the famous race every year since 1977. The family has earned dozens of titles and has broken multiple time records. They also have gained quite a reputation in running a highly successful auto repair business, and have been frequently recognized by city leaders and sports buffs.

It all started with local auto shop owner Leonard Vahsholtz when he took up the hobby of racing in the 70s Since then, the mountain has seen three generations of the family speeding across Pikes Peak Highway. Leonard retired a number of years ago but the Vasholtz legacy continues on with his son Clint Vahsholtz and his grandson Codi Vahsholtz showing up every year to compete in the hill climb race.

In previous years, the Vahsholtz racers have always built their own race cars and ran their own Vahsholtz Racing Team.

The year 2018, though, has brought about some changes that have been the talk of local racing enthusiasts for the last several weeks. This year will actually be the first year since ’77 that the Vahsholtz Racing Team will not have a car that they built racing on the mountain.

According to Clint Vahsholtz, it all started when he made a deal with Toyo Tires to sponsor him and provide tires for the race. Toyo Tires then connected Vahsholtz with Flying Lizard Motorsports, a racing team that recently had a conflict with one of their drivers. It turned out that the racing team based out of California needed a driver for their 2014 Mclaren 12C GT3 MP4 and they decided that Clint would be the best man for the spot in the driver’s seat of the fancy sports car.

Making the decision to switch cars didn’t come easy for the family racing team. The car Clint raced last year has given the racing team much success. He first started racing the vehicle as a stock car in 2010. In 2013, he modified the vehicle to enter it into the open wheel division. Clint Vahsholtz has won 23 out of the 26 races he has competed in and the car he raced last year currently holds both the dirt stock car record and the open-wheel record. He feels that the team has accomplished plenty with their previous vehicles and that it was time to change to a car built for asphalt racing.

This year Clint Vahsholtz will be competing in the Time Attack 1 division instead of open wheel. The Mclaren is basically stock but the GT3 package gives it an upgraded suspension and other modifications that make it better for racing. The new car has a 3.8L twin turbo V8 engine as well as a six-speed manual transmission with steering wheel shifting controls, traction control, and anti-lock brakes.

“The new car handles better at higher speeds but lacks the torque to pull out of corners quickly,” Clint Vohsholtz said. According to Vahsholtz, the Mclaren has less torque than his open wheeler and only has more horsepower after the turbos kick in. This major difference has caused Clint’s practice speeds to be 15 seconds slower than what he could do with his open-wheel racer.

Despite the minor setbacks with the new car, Vahsholtz is still optimistic about the 2018 race and his team has been working on ways to adjust the car for the race. “I would like to thank Toyo Tire from the bottom of my heart for giving me this opportunity,” Vahsholtz said. He also said that he has plans to race the Mclaren for this year and at least two more races after. 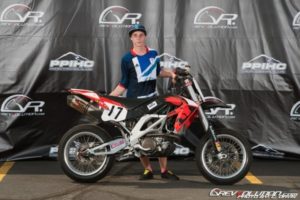 Clint is not the only member of the Vahsholtz family that will be racing a different vehicle this year as his son Codi Vahsholtz also received an opportunity to race for a more popular racing team. This year he was given the chance to race for the factory Ducati racing team in a Ducati motorcycle. He will also be changing divisions from the middleweight to the heavyweight motorcycle class.

The Ducati varies from the Husqvarna motorcycle he raced last year in a few ways. The bike he rode last year had 70 horsepower whereas his new Ducati has 160 horsepower. The Ducati also has ABS and traction control features that the Husqvarna didn’t have making it slide around corners better. Codi said that the new bike is much faster and that he has already gotten it up to 140 miles per hour on the peak. 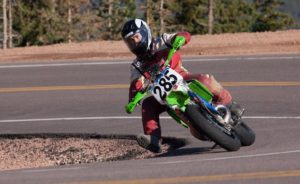 When asked why he decided to make the change, Codi Vahsholtz said that since Ducati is a bigger name it gives him more opportunities in the racing world other than just Pikes Peak by getting his name out there more. “Ducati USA and Spider Grip is a really, really professional racing team. Everyone that is a part of the team is really awesome!” Codi Vahsholtz said.