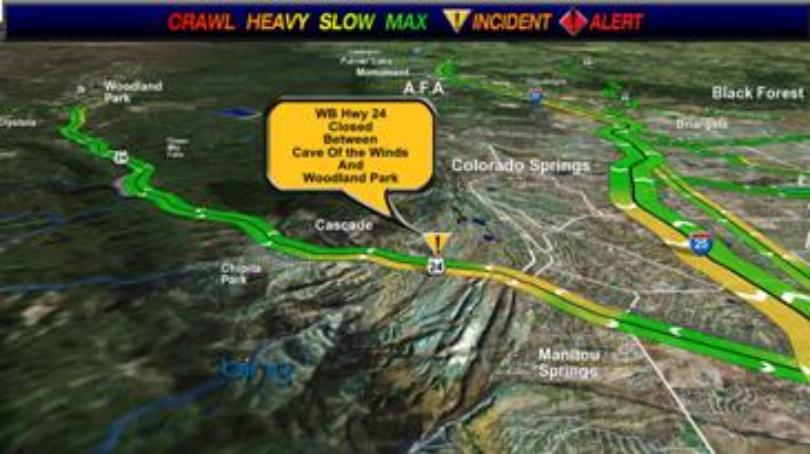 Some fear summer of delays

We absolutely love our tourists and summer travelers, but let’s not turn the route to America’s famous mountain, not to mention the Cascade region, into a traffic disaster.

We need major improvements with the highway entranceway, and we need them now.

This was the prevailing theme of a community meeting held last week at the Ute Pass Elementary School, attended by more than 50 people.

Local residents and business owners signaled the alarm bells over the summer of 2018.” It’s going to be a rough summer,” yelled one resident from the audience.

The resident wasn’t alone in responding to concerns over the Pikes Peak Highway scenario with scheduled construction work and with the closure of the Pikes Peak Cog Railway tourist attraction. Officials from El Paso County, the Colorado Department of Transportation, the city of Colorado Springs, the Pikes Peak America’s Mountain organization and the Colorado State Patrol tried to reassure the residents that many steps are being taken to grapple with the traffic flows to and from the top of Pikes Peak. 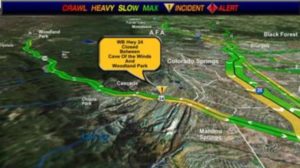 Most of the improvements dealt with cosmetic enhancements, such as adding a third highway lane onto Hwy. 24; increasing the turning lane to Fountain (the road that accesses the highway); improving signage in an effort to get more motorists to use the frontage road, when exiting the area; playing a lead role in organizing more shuttles and tourist providers to transport folks up and down the mountain; and creating a faster, way for people to purchase tickets to speed up service at the toll gates.

But they faced a tough audience, with many not satisfied with the solutions unveiled by officials.

“We have serious concerns about this season,” blasted David Pearlman, a local lodging operator, and a Green Mountain Falls Board of Trustee member. “There are real serious concerns for tourism. It (what you have presented) is not a solution to the problems we are going to have,” he added.

He later told TMJ that he fears nothing will really get done to alleviate the quagmire associated with the closing of the cog railway and that tourism and business will suffer.

Newman McAllister, a long-time resident and civic leader of Cascade, was even more firm in his criticism of the traffic scenario. “The county has been derelict (in its duties).  You are a little bit late,” he said.

He specifically maintained that the signage is extremely inadequate.

One solution the officials and the crowd agreed on involved getting Pikes Peak Highway motorists to use the frontage road when exiting the area to travel east on Hwy.  24 towards Colorado Springs. Under the current system, many motorists get bogged down in waiting in huge lines for a U.S. Hwy. 24 traffic light. This impacts local businesses in the area.

McAllister even suggested using employees to direct motorists to the frontage routes. 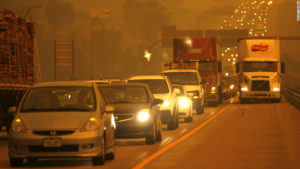 Other residents, meanwhile, questioned, putting too much emphasis on accommodating tourists, while locals pay the price. “You don’t see the forest through the trees,” said resident Tom Martin. “You are not solving anything.”

Moreover, he noted that in most successful visitor areas efforts are made to “change the tourist traffic around the infrastructure.” He maintained that more emphasis should be made to monitor and control the tourist traffic to and from Pikes Peak. “They effectively shut down U.S. Hwy. 24,” he added.

However, this idea didn’t receive a warm response by area officials, who have cited the importance of tourism. Current estimates indicate that in the peak months, the highway experienced at least 3,000 cars a day. And with the closure of the Cog Railway, this traffic could escalate this summer.

Officials outlined some rather unique ideas, such as changing the location of the highway toll stations, near the reservoirs to alleviate the traffic scenario.  They also assured the residents that more tourist providers and buses and vans will be in business this summer to shuttle people up and down the mountain to eliminate car traffic. This will occur also to grapple with the scheduled construction of a new summit house, which will create limited parking spots at the top of the Peak.

But the officials didn’t announce any plans to close down the highway to vehicle traffic, a familiar rumor that has abounded.

More importantly, they agreed that efforts are needed to move lines faster at the toll gates through better online services and pre-check-in.

Mark Andrew, an engineer with CDOT, told the residents that this intersection has been rated as one of the high priorities for the region. He cited a few other projects that will be placed on hold to handle the Pikes Peak Highway traffic situation. The one project, though, that won’t get delayed is to address the falling rocks along the highway.

The officials from the various agencies thanked the residents for their input and vowed to try to address their concerns.