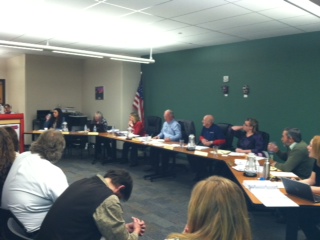 Board mum about action 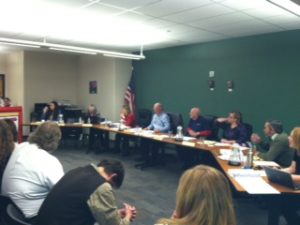 The Cripple Creek/Victor School District was delivered a political jolt last week, as the RE-1 Board of Directors suspended Superintendent Les Lindauer.

Board members, however, are remaining mum about the issue.  According to Board President Tim Braun, Lindauer will remain suspended, pending an investigation.  He refused to elaborate regarding the reasons for the action. Braun said he expects the inquiry to last at least several weeks.

According to Braun, Lindauer has served as the district’s superintendent for about four years. During that time, he has gained both supporters and foes.

Last year, a group of parents raised many concerns regarding the way the superintendent handled certain contracts and questioned his special interest ties. They also accused him of acting unprofessionally in dealing with concerned residents and teachers.

However, the results of the November election appeared to affirm the board’s support of Lindauer. Supporters of the superintendent, meanwhile, cited his push for more vocational training and contend he sought positive changes.

It is not clear if the latest action is related to these earlier allegations by a group of parents.

In the interim, Dr. Tory Richey, a current principal, has been promoted to the position as acting superintendent. Matt Bacca, meanwhile, will serve as the principal of the high school.

In other board action, the district is currently searching for a replacement for board member Tana Rice. The person must be a resident of the Cripple Creek area. Rice has announced her intentions to step down.  Anyone interested in filling this position should contact the school district’s administrative office as soon as possible.

In November, voters agreed to change the way board seats are handled to allow more at-large positions This change, though, only goes into effect for the next election.