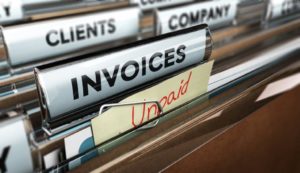 The war of words between Woodland Park City Manager David Buttery and Councilman John Schafer and other fiscal conservatives continues over whether or not there were serious cost overruns on the Memorial Park renovation and the Aquatic Center project.


At the March 15th regular meeting of the council, Buttery addressed his critics by claiming the two capital improvement projects did not have 50 percent cost overruns, as stated by Schafer and other critics. The city manager also accused some of his critics of escalating tensions within the community.


Buttery presented a Powerpoint slide show of the numbers that he says demonstrates there was no cost overrun on the Aquatic Center. His numbers showed that the project, did, in fact, were completed under budget. Buttery did not elaborate on the Memorial Park renovation.


Schafer replied publicly that Buttery had “impugned his reputation,” and he would provide a strong response soon.  After that meeting, Schafer spent time with his former council colleague, Bob Carlsen, who has extensive Department of Defense and NATO experience on large projects in Europe.  In fact, Carlsen’s experience makes him a “forensic financial auditor,” exactly what was needed to sort revenues and expenditures over a three-year period, including reprogrammed funds without advance authority from the Streets, Utilities, and the Reserve Fund.  Site work was provided by city work crews using funds supposed to be applied to other jobs.

Schafer has now provided his own numbers on the projects. According to Schafer, Buttery’s numbers only tell part of the story. He stated the initial amount approved by council was $9.89 million for land, design, and construction for the aquatic center effort.