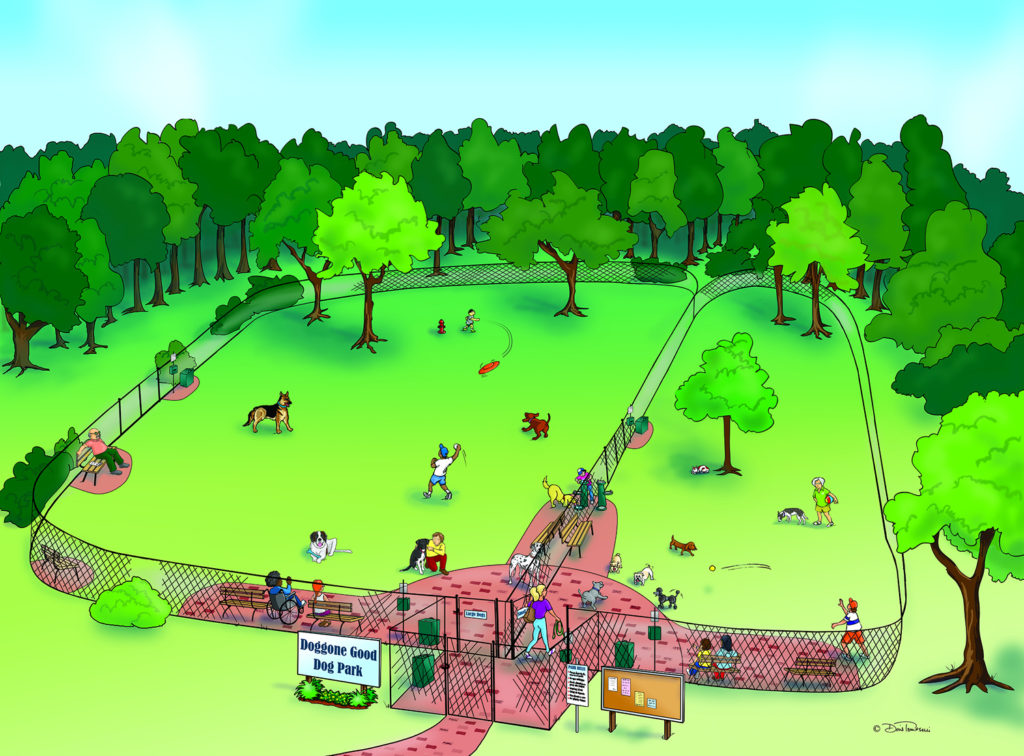 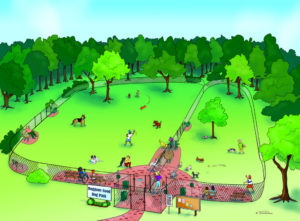 ~ by Trevor Phipps ~
Many of the canine lovers in town have voiced complaints that there are limited places to take their dogs for a walk in Woodland Park.
Other citizens, meanwhile, have voiced complaints about manure in their yards due to many people walking dogs on streets that don’t have canine clean-up areas, or even sidewalks. Those that are dog lovers in town, and those that are not, can both agree on one thing: Woodland Park could use some type of a dog park.
These types of parks are growing in popularity in Colorado. In fact, this is one of the new special amenities planned at the new adventure park in Cripple Creek. These parks abound throughout Colorado Springs, but are extremely rare, and practically non-existent in the high country.
Some of these canine-friendly zones drastically differ in size from extremely small areas for dogs to take a lap or two and take care of their business, to extensive walking trails for canines, such as the ones exhibited at the Wilkerson Pass rest area and near major recreation zones.
With a little help from the girl scouts, Woodland Park may join the dog park bandwagon.

Recently, local high school student Bianca Bryant has decided to be the one to step up and solve this dilemma for the town. As the final result of her Girl Scout Gold Award project, Bryant has made the goal of building Woodland Park its first dog park. Within the next year, she plans on having a piece of land for the park and a fence put up. By March 2020, Bryant plans on having her “Golden Meadows Dog Park” completed.
The current struggle for Bryant is finding a piece of land suitable for such a project. She currently has her eyes set on the Meadow Wood Sports Complex, located on the west side of town. “Meadow Wood Park would make the perfect spot for a dog park since it is already a popular public park in the city,” Bryant said.
Bryant is currently working with city officials to get a location for the dog park approved. She seeks approximately one acre of land, preferably already located inside one of the many parks located in town. Once the land is picked, Bryant already has people that have offered to donate material and labor to build a fence on the property.
As for clean-up efforts for the future park, that part of the project has already been taken care of as well, according to Bryant. “We already have a number of volunteers that have told us they would provide labor to help us with the project including regular clean-up at the site,” said the high school student.
Bryant ,with help from her Girl Scout Troop 3649, plans on generating all of the funds needed for the park’s construction and maintenance through fundraisers and material/labor donations. According to Bryant, Girl Scout rules do not allow the troop to accept any type of monetary donations. All funds for the project must be earned through fundraising efforts.
The only types of donations the scouts can accept from the public are help with labor or construction material donations.