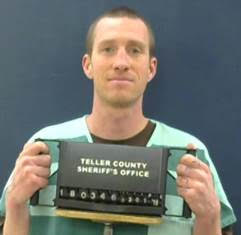 This is NOT related to the threat that closed down Woodland Park Schools earlier this week. This threat was made toward Summit Elementary in Divide, not a middle school.

TheTeller County Sheriff’s Office (TCSO) arrested Jason Smith late last nightacting on a tip that Smith had threatened to kill his three children and was going to commit a school shooting in Teller County.TCSOreceived an anonymous tip yesterday indicatingSmith was outside his residence in rural Teller County shouting at his children, ranging in age from 1-8 years old, and threateningto kill them. Smith threatened a neighbor’s family as well, allegedly telling them he wanted to be a “aschool shooter,” and targeting an elementary school in Divide, CO. When the tip was called in, deputies immediately responded.

Upon further investigation, detectives were able to locate witnesses and obtain a search warrant for Smith’s property. Several rifles and two pistols were among items located. Smith is not legally able to possess firearms and has been charged with Menacing, Possession of a Weapon by a Previous Offender, and Harassment. Smith’s wife, Nicole Desiray Smith, was booked for Obstruction and Child Abuse. The children were relocated tosafetyby The Department of Human Services.Other charges may be pending as the investigation continues. For now, Smith is being held in the Teller County Jail pending a bond hearing on Monday.

The Teller County Sheriff’s Department is committed to the safety of the community and the security of our schools. We enjoy an excellent partnership with our partnerlaw-enforcement agencies in the region and continually strive to collaborate and share important information. Sheriff Jason Mikesell and the entire department commend the tipster who took action and reported Smith’s behavior. This may well have prevented another tragedy. ** Nicole Smith’s mugshot is not available at the time of this release due to technical issues. The mugshot will be released as soon as possible.