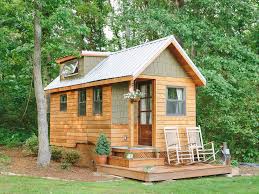 ~ by Trevor Phipps ~
The lack of affordable housing in Teller County is an issue that local governments have struggled with and have offered few realistic solutions.
The entire region lacks housing that people who make less than median income can afford. In Cripple Creek, many local residents have complained that there are not enough affordable places for local casino workers.
Recently, Cripple Creek city officials have been working to come up with a way to help fix the problem. After some discussion and a number of work sessions, the council has decided to move forward with the process that will change the rules to allow tiny homes to get built inside city limits.
Last week, this issue once again highlighted the agenda of the regular  city council meeting.
After weeks of discussions, city officials asked permission of the council to draft a new development code that could set the stage for more affordable housing. The council unanimously gave permission to the attorney to write the first draft of the amendment to the development code that will allow the “e-homes.” The plan is that the code will be written and ready to be put up to an official “yes” or “no” vote during the next council meeting.
Although the change in city code is not official yet, the subject has not brought about any negative comments from council members or local residents. Many think that it will be a way for Cripple Creek to offer affordable housing to the people who work in the community. During the council meeting one resident who used to live in the Cripple Creek Motel property that recently burned down spoke up to the council and said, “This town doesn’t have anywhere for people to live!” Councilman Chris Hazlett responded by saying that he felt this change in the code to allow tiny homes would help fix that problem. 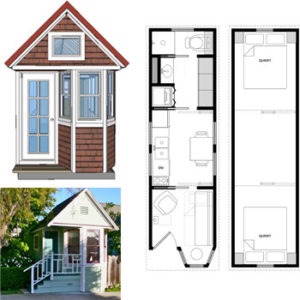 Changing The Required Easement Rules
The actual change in code that would allow these smaller homes to get built is actually quite minor. Since Cripple Creek is such an old town most of the residential lots were zoned over 100 years ago. Back then, they laid out residential lots that were only 25 feet wide by 100 or 125 feet long. Since then the city has written development code that requires that anything built on a lot sits in 10 feet from the property border. For years this has meant that, in most cases, in order to build a home in Cripple Creek one must own two side by side lots.
The new change to the city’s development code reduces the required setback space from 10 feet to 5 feet. This then allows anyone to build a structure on one lot as long as it sits 5 feet from their property line on all four sides. The code change also makes it possible to build a tiny home as long as the design of it fits into the city’s aesthetic building design requirements.
City Administrator Ray DuBois has made it clear that the new law change allows some types of tiny homes but not others. These days anything from a camper trailer to a modified connex storage unit can be considered a tiny home. DuBois stated that these types of homes will still not be allowed on residential lots.
In order for a home to be allowed in the city, it must be a permanent structure that is anchored to the property. The new law change does not include tiny homes that are built on trailers and can be moved; these would still be considered camping trailers and camping is not allowed within Cripple Creek city limits.
The only comment regarding the code change came from Councilwoman Meghan Rozell, as she questioned the types of designs for the tiny homes that were allowed. She stated that a log cabin style design was not on the list of types of tiny homes people would be allowed to build. Rozell felt that this was not right because historically many miners in the area lived in log cabin “miner shacks.” She thinks that the code change should allow people to build log cabin tiny homes if they so desire because it fits with the history of the town.