A several-month and extremely competitive Student of the Week competition, honoring high school students in the Teller County area, and sponsored by Denny’s of Woodland Park and promoted by TMJ News, has reached the finish gate with an official winner.

A selections committee, comprised of several top community leaders in the area– Vera Egbert, Mike Perini and Pamela Argon– met recently and reviewed more than a dozen applicants and grappled with a tough decision. 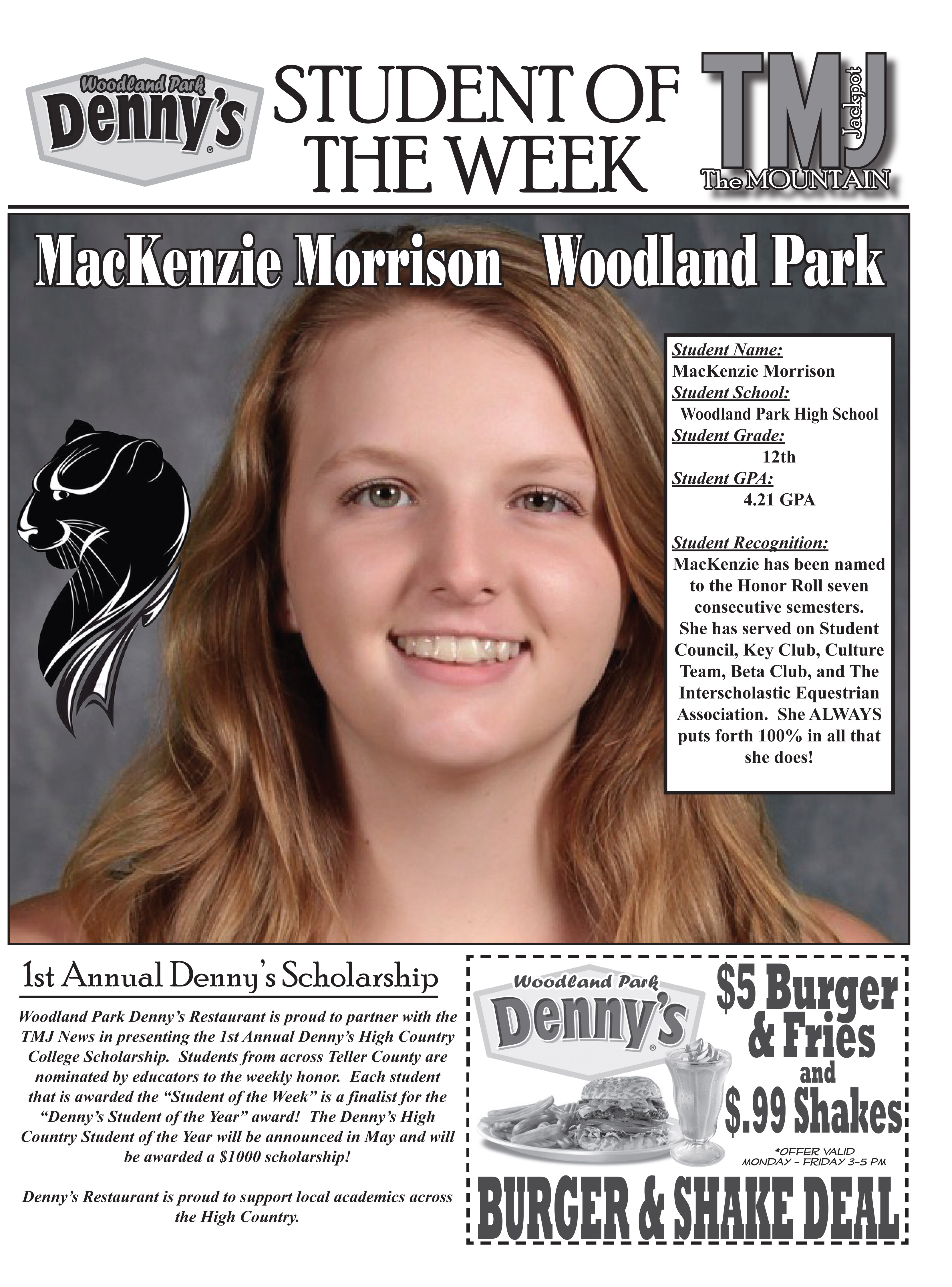 After careful deliberation, MacKenzie Morrison, a senior of the Woodland Park RE-2 School District, was declared as the top winner.

MacKenzie was touted for her 4.21 grade point average and her involvement in a spree of clubs and activites, such as the Interscholastic Equestrian Association. She was described as a student that “always puts forth 100 percent in all that she does.”

In addition, MacKenzie was named to the Honor Roll for seven consecutive semesters and has served with such groups as the Student Council, the Key Club, Culture Team and the Beta Club.

She topped a competitive list of more than a dozen top students, nominated by community and school leaders. The main criteria dealt with a student’s scholastic performance and the strength of their school, athletic and community/school activities.

For her winning title, MacKenzie will receive a $1,000 check.

Snagging the runner-up spot, according to committee leaders, was Conner Brown, a senior of the Cripple Creek/Victor High School. Conner was lauded as one of the district’s premiere student/athletes, boasting a 4.0 grade point average and serving as the captain of the basketball team in all four years at the school.  Conner’s athletic prospects will continue, as he has been accepted to play football at Bethany College in Kansas.

The nominating committee expressed much praise for the quality of the applicants. In many ways, they showcased the high points of the county’s two main school districts

At a forthcoming awards’ presentation, the Denny’s Scholarship award will be presented, along with other prizes.

The 2017/2018 Student of the Week completion will begin again next fall. More details will be announced shortly.