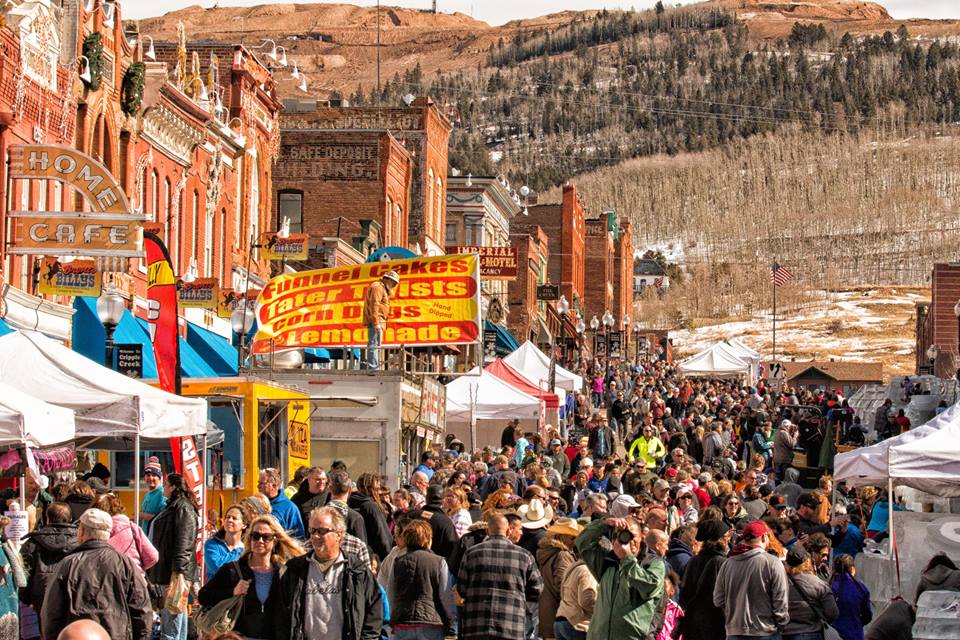 Move over Breckenridge, as your bragging rights to the premiere winter festival in Colorado mountain high country, is under assault from the Teller gaming community. 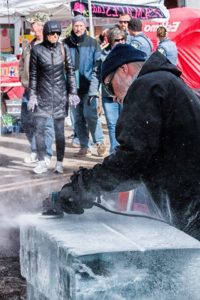 Well, maybe not quite as Breck’s acclaimed International Snow Sculpture Championship  is a tough act to follow. But Cripple Creek’s two-weekend ice festival in mid-February, which depicts a different theme every year, had a blockbuster time in 2017.

That’s according to Special Events and Marketing Director Steve Kitzman, who unveiled a bullish report regarding the Cripple Creek Ice Festival, now touted as one of the most popular festivals of the year and certainly an event that has garnered wide-spread support among the gaming community, retail businesses, the city, visitors, and more importantly, the ice artisans themselves.

“We had a really good Ice Fest. We have turned a corner,” said Kitzman, during a report before the city council last week. “All in all, it was really good.”

He cited record crowds with estimates of nearly 80,000 people frequenting the town collectively during the scheduled Ice Fest days. Plus, he said the event garnered major television coverage from the entire Front Range area. He indicated the event is getting known as one of the best, unique winter festivals in Colorado.

The only downer was the warm weather that forced the sculptures to get taken down much earlier. But on the upside, the unusually mild ice fest weather turned out great for the crowds that bombarded Bennett Avenue to frequent the displays that this year assumed a “Safari in Ice” theme.

“It was great for the crowds, but not as good for the ice sculptors,” related Kitzman

But with the success of the event, Kitzman said bigger expectations are growing, with some comparisons drawn between the Creek Ice Fest and the Breckenridge Snow Sculptures.

According to Kitzman, many festival-goers commented that they wanted to see more sculptures. The marketing chief said the event is also garnering much more respect among the ice sculptors themselves. These artisans come from various parts of the country.

The idea of adding more to the event was encouraged by several council members. “We need to step it  up a little bit,” said Councilman Chris Hazlett.

Similar comments were echoed by other council members. The marketing director said that the city may try to generate more corporate sponsors to increase their numbers.

However, Kitzman said event organizers don’t want to overwhelm the town’s crowd capacity. Then, he said the event won’t become as enjoyable for attendees.

Recent gaming numbers indicating that the city may have to spruce up its non-gaming and tourist numbers, at least based on the last monthly report in comparison to the previous year. Plus, a decision last week to kill the idea of retail marijuana may force leaders to focus on other revenue sources, such as special events and heritage tourism. Otherwise, the city may have to wield its budget axe

But during a county-wide economic forum, Kitzman indicated that the city is up for the task of resurrecting the local economy.

According to current projections, the city has seen its visitation at local tourist hubs increase dramaticall in the last year. For example, the amount of tourists frequenting the Heritage Center increased by 13.4 percent in 2016, with 58,385 flocking to the facility. In addition, visitation at the Jail Museum increased by 24.8 percent and at the Train Car Visitors Center by 18.2 percent. And to top matters off, but not to write home about any pending jackpot strikes, the town’s sales tax revenue numbers increased by nearly 10 percent, while hotel occupancy experienced an 8 percent hike. In addition, construction efforts have begun on the renovation and expansion of the Palace Hotel, proposed by Century casinos. Other casinos are expected to jump on the bid to increase hotel and lodging amenities in the Creek.

These pro-tourism trends are expected to continue this year. “We have a bright outlook and a renewed optimism for 2017 and beyond,” said the marketing director.

The only dark lingering clouds are a downward spiraling national gaming market. According to Kitzman, the town continues to struggle in attracting a younger and broader demographic. That trend may continue with the elected leaders’ decision to deny recreational marijuana businesses.