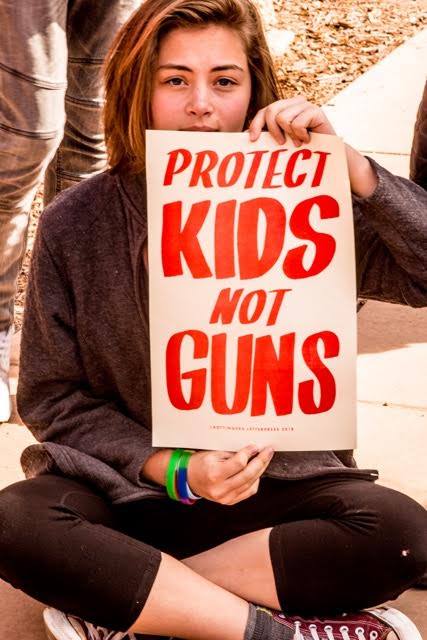 Manitou Springs HS was one of a number of schools in the area that participated in a symbolic protest honoring the victims of the Feb. 14 mass school shooting in Parkland, Florida. No media was allowed on the premises of the Manitou High School during the walkout, which was heavily protected by the Manitou Springs Police Department. 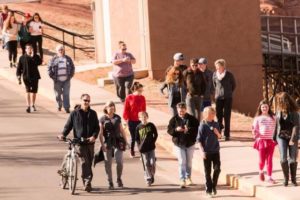 With permission from their parents, 30 Manitou Middle-schoolers and Principal Ron Hamilton marched to Manitou City Hall for a planned question and answer session with Manitou Springs City Council member Jay Rohrer and Manitou Springs Police Chief Joe Ribeiro. The question and answer period was followed by a moment of silence reflecting on the 17 victims of the Parkland school shooting. Despite the area’s strong pro-gun attitude, many schools in the Pikes Peak region participated in Wednesday’s national protest, aimed at pushing the need for sterner gun legislation. For more information on this story, see next week’s TMJ News issue, distributed in more than 150 locations throughout Teller County and the Pikes Peak region. Also, visit us on Mountain Jackpot Facebook and www.mountainjackpot.com. 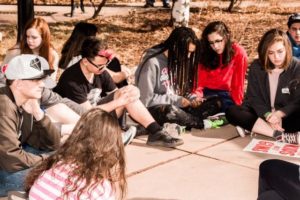