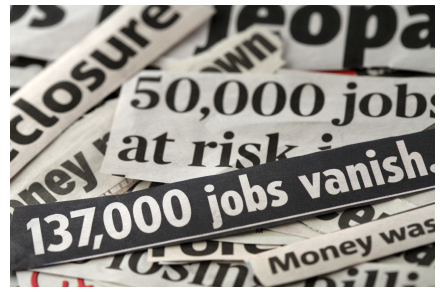 Politicians found their way to the gravy train at the expense of the rest of us and we allow politicians to milk us like cattle in a dairy barn. But in a dairy barn the system is far more symbiotic than how we the people are being “used”. Pet projects and earmarks will be the death of our economy yet. Politicians must honestly think we are stupid. I mean removing food and fuel from the inflation index?

There are no good candidates to vote for. I have lost all faith in our politicians at the federal level. I really liked the fact that a grass roots movement started and that it was called the Tea Party. But when I went to the second meeting and the Republican Chair got up and said “You all need to register Republican and vote for the lesser of two evils.” I left. I, for one, am tired of the evil lesser or not. Rightfully so, I saw the local Tea Party folks waving banners for Mr. “Let us strengthen the Patriot Act Santorum.” I think the Tea Party sold out to the lesser of two evils, the Republican Party. The fact is that the Republican Party is just part of the eviI. I have lost all faith in the Tea Party.

This past week the Anointed Idiot Barrack stated that if the Supreme Court overturned his beloved healthcare bill that it would be “unprecedented” that a law that was voted into law should be overturned. If the Supreme Court doesn’t overturn the healthcare bill it will be unprecedented because the federal government has no rights. It only has responsibilities. If the healthcare bill is upheld then the precedent will be set that the federal government can tell you what type of car you must drive, what types of food you can eat, and the list goes on ad nauseum. I lost all faith in the government‘s ability to make decisions for me a long time ago. Thomas Jefferson agreed before I was ever born. “Were we directed from Washington when to sow and when to reap, we should soon want bread. “ Thomas Jefferson. The system of electing our officials these days has become an affair of electrons and bit streams. I have watched testimony by persons hired to program election machines. These testimonies relayed that there are less then scrupulous people who would have the vote flipped for their own selfish reasons. Now almost all voting is done and counted electronically. I have lost my faith in the vote. With Michael R. Taylor’s appointment by the Obama administration to the Food and Drug Administration (FDA) which sparked immediate and heated debate, even outraging food and agriculture researchers, NGOs and activists. The former Vice President for Public Policy at Monsanto Corp. from 1998 until 2001, Taylor exemplifies the revolving door between the food industry and the government agencies that regulate it.He is reviled for shaping and implementing the government’s favorable agricultural biotechnology policies during the Clinton administration. The FDA will undoubtedly be more willing than ever to fill our plates with less than wholesome genetically modified foods.

I have lost my faith in government organizations, if I ever really had any faith in those organizations. The Department of Homeland Insecurity went on a buying spree recently and purchased a bunch of ammo, bullet-proof checkpoint booths, and a bunch of emergency food. Whether it be 140 million packets of emergency food, detention centers in all 50 states, 750 million rounds of ammo, or numerous bullet resistant checkpoint booths, the Department of Homeland Security is clearly gearing up for something. The Department of Homeland Insecurity only operates within the boundaries of the United States. I have lost faith in DHS to keep us safe. It would appear that their charter is to keep themselves safe from we the people. As a people, the only true source of hope is within us. For we as a people can control our surroundings to some degree. What we cannot control are idiots who have so lost touch with reality who think that the best thing for everyone is whatever some out of touch personality can dream up. Myself, I will provide my own security for me and mine. I will provide food by raising my own for my family. I will provide shelter for my family by providing a home and keep that home in good repair. I will do everything in my power to live a free and unabridged existence without government interference. I will make a living simply because I can make my own way and make my own “stuff” through perseverance and effort. I have not lost faith in the power of my own will. I will place my faith in not only myself but in the creator. I will do this because when all else fails me I will turn to a higher power when I lack the means to carry out my plans. It has served me well to date. I have not lost my faith in the creator. I watch more and more people join the “prepper” movement. For they too have lost faith in what is happening to our country and in our leaders. Rightfully so, the folks that I have met from Washington DC who claim to have the best interest of the people at heart generally have their own interest at heart. I think if you dumped all republicans and democrats in one big pot you couldn’t tell one of them from the other. Neo-liberalism, globalism, and stupid choices by greedy corporations and politicians have morphed our freedom into something that most people don’t care for. If you truly want to be free, do what you want, but don’t get caught. But that isn’t true freedom. Remember in reality there are only two rules by which to live: Do all that you say you will do. Trespass against no other’s person or property.

Now in my own personal opinion something wicked this way comes and wickedness can only be executed by other men. The greatest wickedness has always come from government. Only the 200 million dead bodies in the last century at the hands of government can truly attest to how bad governments can become. So during this election season I think I will leave the TV off, plant a garden, raise the kids well and spend my time doing productive things. I don’t think I will waste my time with a vote. I really don’t think I count. I have not lost faith in the following words; “We hold these truths to be self-evident, that all men are created equal, that they are endowed by their Creator with certain unalienable Rights, that among these are Life, Liberty and the pursuit of Happiness.–That to secure these rights, Governments are instituted among Men, deriving their just powers from the consent of the governed, –That whenever any Form of Government becomes destructive of these ends, it is the Right of the People to alter or to abolish it, and to institute new Government, laying its foundation on such principles and organizing its powers in such form, as to them shall seem most likely to effect their Safety and Happiness. Prudence, indeed, will dictate that Governments long established should not be changed for light and transient causes; and accordingly all experience hath shewn, that mankind are more disposed to suffer, while evils are sufferable, than to right themselves by abolishing the forms to which they are accustomed. But when a long train of abuses and usurpations, pursuing invariably the same Object evinces a design to reduce them under absolute Despotism, it is their right, it is their duty, to throw off such Government, and to provide new Guards for their future security.” The Declaration of Independence This dog will continue to cling to his gun and his bible. Now if I could just figure out how to turn the pages with my paws. Damn no opposing thumb to hold a gun either…..but like most good dogs, I will figure it out.’ Till next time, keep chewing the fat. “In hard times the fat ones get skinny and the skinny ones die.” Auschwitz survivior.