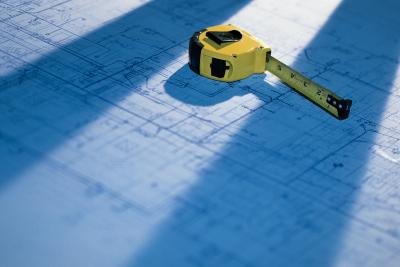 The elected leaders received a brief outlook regarding a $2 million-plus infrastructure project dealing with enhancements to the Fountain Creek area, which mostly runs parallel to Hwy. 24.  The project represents a continuation of major infrastructure work, done near Cavalier Park in the late 1990s. It will create major enhancements of the Fountain Creek water bed, aimed at improving this flood plain area and rectifying potential problems for local communities down stream.

It also could further boost prospects of a much improved America Discovery trail route through Woodland Park. And unlike past talk of improving the Fountain Creek area, this time the work may be backed up with serious money

According Public Works Director Bill Alspach, the city was successful in snagging a major grant from the  Federal Emergency Management Agency to the tune of $1.6 million.  The city will also contribute a little more than $500,000 as a match. “That’s a lot of money,” said Alspach. Based on preliminary plans presented last week, the project would greatly enhance the appearance of the creek bed, and sections of town south of Hwy. 24, and help stem water flows during major storms.  Fountain Creek flooding waters have often posed a big menace for the lower Ute Pass area and Colorado Springs. Plus, the Fountain Creek bed has never been viewed as an aesthetic master piece in certain sections of town. “This is a great thing for the people down stream,” said Mayor Dave Turley, in describing the project.

Already, the city has hired a company, Ayres Associates, to do the project design and oversee the construction work. The project, which could involve the development of box culverts and a vastly improved creek channel system, should move into full-gear later this summer. A few of the new council members, though, wanted to know more details about the specifics of the projects.  But Alspach said they would be unveiled during the final design stage.

The subject of infrastructure enhancements, however, posed a few questions last week. The council approved the initial reading of several ordinances, giving the green light for easements and the acceptance of infrastructure done through the developer and owners of the Paradise of Colorado project. The infrastructure is fairly significant, such as a major water tank and connecting water lines from Forest Edge Subdivision to Kings Crown Road. The infrastructure work has already been completed and now utility easements must be granted.

However, Mayor Pro Tem Eric Smith, while agreeing to okay the requests, questioned the process. He said he was glad that all the neighboring property entities, such as Park State Bank & Trust, the original project developer, the Woodland Park RE-2 School District and the city, were cooperative, but questioned what would happen if they these easements were denied.  He cited the possibility of another land owner taking charge of the property, who didn’t agree to this pact. Smith raised the prospects of a massive infrastructure project getting designed and constructed, and then the easements not getting the okay.

As a civil engineer, he stated that these types of approvals should be handled early in the process, and not when the infrastructure is completed. His comments got the attention of several other council members and Turley. The mayor suggested that the city move ahead with these requests and set a public hearing for April 19.  But like Smith, he suggested the city review how it handles these types of easements for infrastructure developments in the future.

City Manager David Buttery cautioned that this particular request, involving infrastructure for Paradise of Colorado, was quite unique. However, based on comments made by several elected leaders last week, the new council apparently made it clear they want to grapple with more specific details regarding infrastructure projects. The council has a much stronger background regarding the engineering arena, compared to their predecessors. Last week, the council also signaled the green light for an initial proposal, setting the stage for a new expansion of the Vahsholtz Automotive center, calling for a planned 4,200-square-foot auto repair building.  This would include three new repair bays with three separate garage doors, an office and break room. The new facility would be located at 116 North Pine Street. The proposed facility, which has to receive a conditional use permit okay, will be decided on during a public hearing set for April 19.  The planning commission has already approved this request by a 9-0 vote.

The council also approved a new plan for a mini-bar at the Woodland Country Lodge.  The mini-bar, will be located in the hotel lobby area.  In the past, the lodging property wasn’t permitted to sell any wine or beer on the premise. But Mark Rabaut, president of Spacious Skies Management, which runs the Woodland County Lodge, has cited more interest among lodging guests to purchase alcoholic beverages at the facility.  He said most likely a mini-bar area would be set up in the lobby area and in the patio, for the benefit of lodging guests and their family and friends.  He cited this as a needed amenity, especially during the summer months.  The council unanimously supported this request.