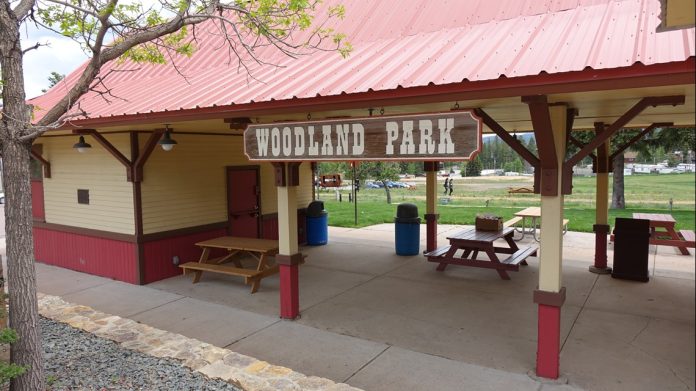 This WP Station site once was considered the future prized commercial anchor of Woodland Park, but a spree of failed deals has raised a number of questions regarding the viability of development activity at this area, which once housed the town’s rodeo grounds and served as the home of the Saddle Club.   Plus, environmental concerns at the property have created many delays.

But a new proposal, with a cash contract, has raised the hopes of community leaders and board members.

The group held their monthly November meeting at the WP Council Chambers and on Zoom to further provide updates on the latest Woodland Station venture.

The early part of the discussion centered  on the DDA Attorney Marcus McAskin’s review of the contract with the Waggoner (TAVA) group offer of $800,000 cash for 6.3 acres of Woodland Station for the development of TAVA House and other commercial and residential projects. The contract submitted by TAVA basically took the contract from the Woodland Hardware project and edited it to suit their development. McAskin believes a standard sales agreement is more appropriate and the board agreed.

DDA Board Chairman Tony Perry then brought up a proposal to remove the requirement that stipulates there can be no residential units on the first floor of any construction on Woodland Station. This requirement was included in the original environmental impact study done for Woodland Station. It concluded that because of a standing benzine plume that exists in the soil of the property, residential units would pose a risk to public health if allowed.

Further discussion on the benzine plume noted that with the passage of so much time since the original study, the fumes may have dissipated. Plus, some believe that mitigation of the health hazard by using a vapor barrier, or mechanical mitigation such as is used to mitigate radon in buildings, could solve the problem.  Much still depends on the update from Matrix.

After further discussion the board agreed to authorize  Perry to execute the contract and to submit it to the state, following a review and approval by McAskin.

A key representative for the TAVA group, Mark Weaver, gave the board an update on their progress regarding the Woodland Station project. Weaver once again stated that things are moving fast with the group. He mentioned that the environmental impact study by Matrix would be completed by early November. He also said that the group has been in contact with the other stakeholders, and those interested in participating in the project for their input.

Weaver made it clear their three-step plan is to buy the property, start commercial construction, and work with others developers on the residential aspect of the development. With regards to the residential part of the project, Weaver stated, they want to move forward with the commercial construction “as fast as we can just because of time pressure with the TAVA House.”

He went on to explain that they will work with David Weekley Homes for the residential component, but, “we can’t wait” for them to work out their side of the development.

Weaver wants to break ground on the first phase of construction by April or May of 2023, with an eye on opening TAVA House restaurant by the spring of 2024.