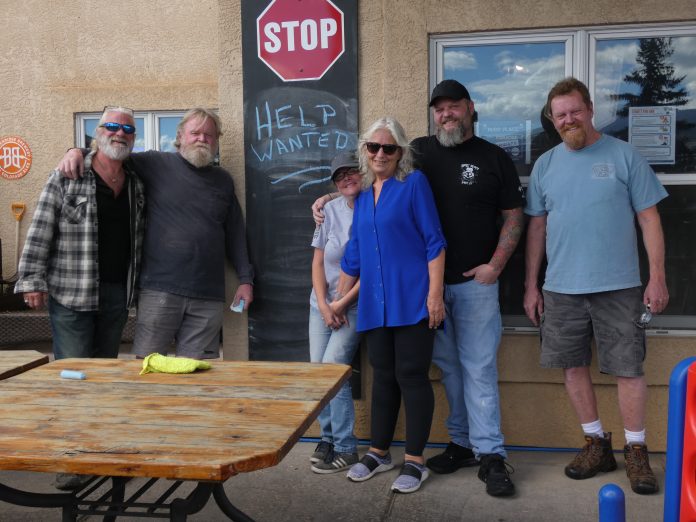 Russ’ Place has served as a staple in Teller County for more than a decade, and the business continues to make improvements.

This trend has hit another  plateau, with their plans to purchase the building in downtown Divide (often dubbed as “The Center of the Known Universe,”  and to showcase more entertainment.

The eatery officially opened its doors 12 years ago. During their colorful stint in the area, they have won many awards (including TMJ’s Best Of Competition) for having the area’s best burger.

The local hangout spot now offers events at night to give people in the area more things to do. Russ’ Place is slowly becoming more of a music venue, featuring live performers and having an open mic night.

The popular hangout spot now offers something different on nearly every night of the week. Every other Wednesday, people can go to Russ’ in Divide for their bingo night. Every Thursday they have trivia, open mic night on Fridays, and live music on Saturdays. 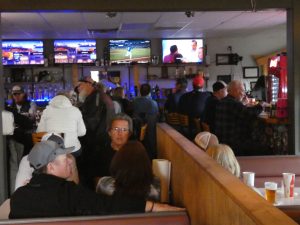 “We have been trying to figure out a way to give more people a reason to go out and have a good time,” owner Bob “Bobby” Kerr Jr. said. “Since everything is getting so sketchy and expensive these days, we wanted to give people a reason to stop and enjoy themselves more than just eating food and drinking beers. So, we figured we would add some entertainment aspects to it.”

Russ’ Place also prides itself on being a completely family-owned business. Kerr, along with his parents and uncle, Russ, opened the business 12 years ago. More importantly, they have continued to grow.

When the business first started they were cooking burgers on the patio next to a neighboring unit. They then bought a bigger grill and started cooking under a covering on their patio.

According to Kerr, he and the cooks got tired of being cold all of the time so they purchased a mobile kitchen for their patio. Once they got the full service kitchen, they expanded their menu to what it is now.

The eatery prides itself in making everything in-house. All of their batter for their fried food are made in house and all of their sauces.

The menu now sports a selection of delicious burgers including their Jiffy (which comes with peanut butter) as well as their bacon avocado burger, and swiss and shroom and other local favorites. Russ’ Place also offers a good selection of other sandwiches, appetizers, and giant salads. And, they usually add some type of specialty burger or other special to their menu almost every day.

The business is now planning on going through even more changes. The owners have recently purchased the building  they have been renting for more than a decade.  As a result, this opens the door for some key renovations. 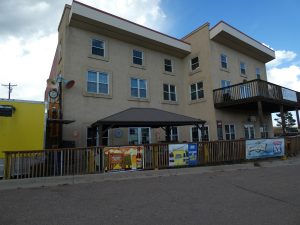 The building currently houses the Shipping Plus and Mountain Mama’s Holistic Healing businesses and Kerr said those will stay where they are. But, now that the Kerr family owns the building, they have the ability to make some changes to their unit to better fit the needs of their business.

“We are going to do some landscaping and try to do some more outdoor seating in our patio area so we can have more live shows,” Kerr said. “We want to start to do pizza again and stuff like that. We want to put in more of a permanent kitchen on the inside so we can actually travel and cater. We want to invest more into the restaurant so we can become more of a staple in the Teller County community. We want to bring more live music to Divide so people don’t have to drive to Florissant or Woodland Park for live entertainment.” 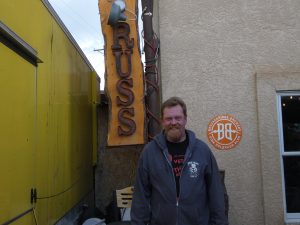 Kerr said that due to trouble he has had in finding staff, he wants to expand the kitchen and get bigger ovens to offer different types of food that require less staff to make. He said they plan on doing more baked goods, Italian food, and country cooking once the kitchen expansion is finalized.