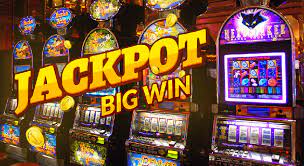 The Wildwood casino in Cripple Creek has consistently  hit the jackpot as one of the top places for  big payoff strikes,

This summer, the casino, located just off Hwy. 67 and the sole gaming establishment outside of the historic district, has earned this reputation. On a recent Saturday night, a 32-year-old, Kansas man named Brian won $100,166 playing Buffalo Blackjack at the Wildwood. Brian made a Blackjack Progressive bet and got a suited, three-of-a-kind with three aces of spades landing him the jackpot. According to Wildwood Casino General Manager Matt Andrighetti, the chance of getting the hand is about 1 in 250,000.

While Brian did not stick around long to provide any comments on the big win – he walked away with a stack of cash and a check – the other players at the table were very excited, Andrighetti said, in a press release.

“When a player wins a big jackpot like this it sends a buzz of excitement throughout the casino,” he said. “We love getting to see players from other tables and slots around the gaming floor share in the thrill of such a big moment.”

This is part of a trend. Last spring the Wildwood snagged the gold (along with another gaming establishment) as the casino where the  most money is won, based on the annual Best of Cripple Creek and the High Country contest, sponsored by TMJ News.

The winnings at Wildwood are part of an overall industry trend, as Cripple Creek has boasted some of its best coin-in numbers (representing the overall betting volume) and continues to sport solid adjusted gross proceeds. This marks a definite improvement from the pre-COVID days.

On the downside, the gaming community doesn’t offer as many devices and games, as most casinos were forced to operate with fewer options during the pandemic.

The city of Cripple Creek has joined the list of local communities seeking a timeout in enacting rules for short-term rental (STR) properties.

The city’s moratorium against licensing new STR units has been extended until Nov. 2.

Under its revised approach towards STRs, the city will extend their current cap from 28 to 35, with the possibility of slight increases every year.

But officials made it clear this action isn’t part of an effort to squash these units, often referred to as vacation homes. They just need more time to adopt guidelines and regulations and to enact a new STR ordinance.

One issue of concern deals with some folks doing STRs, under the table without licenses, based on an inquiry by an outside company reviewing online sites used by STR operators in Cripple Creek.  “They need to step up to the plate,” said Councilman Mark Green, in describing the forthcoming licensing process.  Also, under the new plan, an administrative hearing officer will handle disputes over problems, following city citations. “We want to take the process out of the administrative court,” explained

This idea, though, got a cold response by Mayor Pro Tem Tom Litherland, who questioned growing personnel-related expenses. Most concerns, though, deal with STRs not impacting the current housing shortage for local workers.