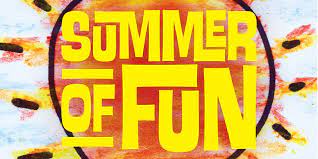 Welcome to the 2022 Summer of Fun. While most locals, residents and visitors opt for enjoying those great summer barbecues (now completely legal), festivities and live music, it will also abound as an active time politically.  So, get ready for the craziness

Here are a few top issues to watch for, while you gouge on those overdone hamburgers, brats, tough Colorado Rockies’ losses and early  Denver Bronco speculation; and hopefully, an Avs’ victory in the Stanley Cup.

Green Mountain Falls Parking Truce.  In a move that surprised some observers (including yours truly) the new board of trustees didn’t delay any action in killing its paid-parking program. Gutsy move, as the easier tact would have been delaying the program for a year. But this emerged as a definite victory with business operators, who in the past have had a few tensions with the past administration.

Only now, this will put more pressure on the marshal’s office, staff members and volunteers and even residents in directing and helping confused hikers and visitors. Believe me, there are plenty of those folks, meandering on the back roads, with their fancy GPS devices and computer maps. First advice I give them, get rid of you  GPS toys, as they won’t do any good in GMF. You are in the mountains, baby.   Despite various opinions on this issue, the summer of 2022 could emerge as a pivotal time for GMF’s managed parking program.

The new board appears quite amicable and friendly. However, last week that shield was slightly pierced as the board incurred its first 3-2 vote regarding the appointments to the planning commission.  Getting the nod as regular members were Ann Esch and Lisa Bonwell, while Rocco Blasi was picked as an alternate. This clashed slightly with the recommendations of their own planning commission, who favored Blasi as a regular member. Interesting discussion, but the  majority trustee members contend that more definite and firm  policies are needed for picking volunteer boards. Regardless, the town still needs plenty of volunteers, so hope they don’t make the rules too stringent

Short-Term Rentals and Marijuana. Cripple Creek most likely will become the first area town to come out of the gate with an official plan for grappling with short-term rental properties (STR).  It  became the first town in the region too to initiate a moratorium, which ends in mid-September. Based on a conversation last week with new City Administrator Frank Salvato, most elected leaders appear to favor an overall STR ordinance, which will set guidelines for these vacation units, with the staff taking the lead role in  monitoring applications.  The other option dealt with more zoning rules, which appeared quite complicated. STR rules should be proposed shortly, and look for other communities to follow suit this summer. The state has  mulled more STR regulations,  but lawmakers have fallen short of reaching a consensus.

The pending effort to legalize retail marijuana is another top issue to watch for this simmer. But if development occurs on this cannabis front, a petition must proceed (like now), as the city faces a late July deadline to finalize their ballot issues. Retail cannabis is a juicy subject that has generated much discussion over the last year, but not much in the form of concrete plans, or even possible outlets where it would occur locally. The Cripple Creek Council appears somewhat split on this subject, so it really comes down to voter sentiment.

A sure bet is that the city will go for a one-penny sales tax ballot proposition this November.

Of course, the  Woodland Park RE-2 School District of Education continues to steal the show for political entertainment effort. This trend is further escalated by an active campaign to oust the majority members, who were elected last November.

Unfortunately for the proponents, they are faced with some definite signature and deadline obstacles due to the fact that so many people voted in the last election. They must get about 3,000 autographs from registered voters in the district, which means circulators will probably have to obtain about twice that amount. (Based on petition statistics, close to 50 percent are often discarded by election officials due to not being valid).

But the group is off to a quick and aggressive start in what is probably the most ambitious recall effort of elected leaders in the Woodland Park area in recent history. Quite a few recalls have started and were even talked about, but few really progressed to anything substantia and came close to reaching the finish line.

I remember years ago when active talk persisted about ousting the Teller County Board of Commissioners due to a controversy over mobile home park regulations. But again, the recall group displayed much bravado and liked the idea for about two weeks, until they realized the work involved. However, if local recall efforts succeed, they usually occur at the  school board level. The ouster of a former key leader of the Cripple Creek/Victor RE-1 Board of Education served as a prime example several years ago that this feat can be achieved.

Charis housing is an issue that should take center stage shortly, and could test Woodland Park elected leaders with their most significant decision in some time.

At issue, according to some estimates, are close to $6 million in potential tax revenue breaks, if all levies are waived for Andrew Womacks Ministries, which operates Charis Bible College, in their future housing pursuits.

Charis has made a pretty compelling case for receiving tax-exempt status for housing, with their economic projections. But they could face a tough sell with the make-up of the current council.

For a change, the Woodland Park Council could regain its touch as a prime entertainment show. The WP Council has been losing its footing in competing in this arena with the RE-2 School Board

The Charis housing tax question could change that scenario and help the council to regain its niche as the best entertainment show in the region.

And the big question on everyone’s mind: Will anything happen at the Woodland Station development?  For a change, more active proposals have come into play for a property that has mostly sat idle for two decades.

Will the summer of 2022 amount to an actual and realistic development plan there?  Or, will we see more pie in the sky dreams?