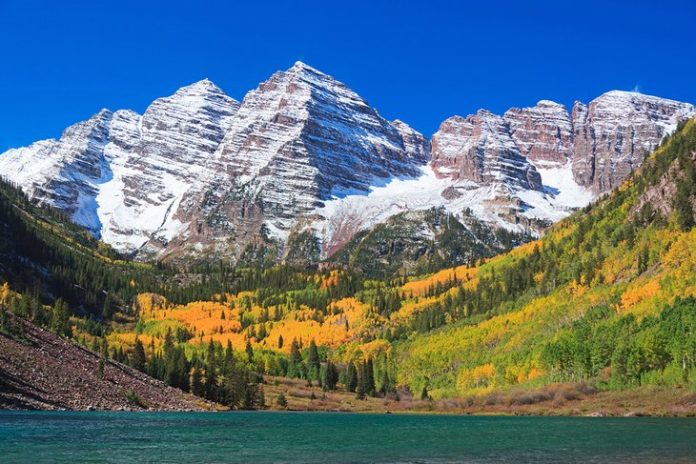 As the days warm, and outdoor enthusiasts’ hearts turn to leaving the area for more distant adventures on Colorado trails, campgrounds, and parks, some will find new restrictions in favorite spots they once traveled to in the past where few rules or demands for sign-ups existed.

When COVID hit hard and forced many of us into lock down, scores of people passed on indoor entertainments and hit the back country. For many it was their first taste of Colorado’s ample opportunities in the great outdoors. In fact, what used to be a way to escape the maddening crowds, trails, parks, and campgrounds turned into just another place crowded with people.

While there have always, well mostly always, been places that attracted huge crowds of outdoor buffs, it seems no place went without a massive increase of visitors.

For the last several years, agencies responsible for managing outdoor areas have been grappling with how to deal with increased visitation. For instance, Maroon Bells has had restrictions on visitation for some years now. Between late May and early October, you can drive all the way up to Maroon Bells. You’ll have to pay $10 per vehicle. However, in high season, the last section of the road gets closed to private vehicles between 8 a.m. and 5 p.m., and you have to take a shuttle. Now a reservation is required just to use the shuttle bus. It was announced earlier this year that they’d be once again implementing a reservation system. Over 300,000 people visit the iconic pair every season, and that is having a serious impact.

“We have begun to see an impact to the trails in the area all around, and it just starts to become an overwhelming number,” said David Boyd, U.S. Forest Service public information officer.

Fortunately, according to a report from the Aspen Times, the overnight fee and reservation system planned for the Four Pass Loop and other popular spots in the Maroon Bells – Snowmass Wilderness has been put on hold until 2023. This is due to the Forest Service needing more time to flesh out the plan and get a system approved. But face it, it’s coming.

When Rocky Mountain National Park announced a reservation system for all park-goers beginning in May 2022, hundreds of people sounded off with their thoughts about the controversial decision.

Now, it seems as though Colorado state parks could be following suit. Due to increased traffic levels, and in an effort to better ensure a quality experience for all park goers, some state park officials are considering imposing the same type of reservation systems that national parks like Rocky Mountain National Park have posed.

“That increase is compounded due to recent pandemic restrictions, changes in current weather patterns, increased population growth, and the increase in popularity of outdoor recreation in Colorado,” Carson said. “It is not expected to drop off.

According to a recent press release from Colorado Parks & Wildlife (CPW), Eldorado Canyon State Park has proposed a timed entry reservation system to the Colorado Parks and Wildlife Commission to address congregation and traffic concerns on weekends and summer holidays.
As per the press release via CPW, the park’s reservation proposal will be reviewed for final consideration for implementing this pilot program during the CPW’s next Commission meeting, which is set to take place over the course of two days, Wednesday, May 4- Thursday, May 5. Should the pilot program be approved by CPW and state officials, reservations could begin as early as August 2022.

Yet another problem with the drastic increase in people going outdoors, is parking at trail-heads. The problem has gotten so bad, people are crowding into parking areas that are not parking areas. Parking in non-designated areas has, at times, left so little space that emergency vehicles are not able to come close enough to deploy first responders when help is called for. This cuts response time and could lead to serious injuries or death to injured parties.

Another danger of parking in non-designated areas is, a hot catalytic converter could spark a fire if you park on dried grassy areas.

Please be careful, be patient with other visitors, and obey and be aware of restrictions when seeking solace in our great Colorado wide open spaces.

On the upside, Mueller State Park, located off Hwy. 67, just south of Divide, is regarded as one of the best secret jewels in the state park system, according to CPW officials. Mueller won’t be requiring reservations, except during busy times, such as Memorial Day and Labor Day weekends and the July 4th holiday.

Mueller also does a number of weekend programs during which it features  scheduled nature hikes and educational outings for users, conducted by their staff members. Some of these are regularly listed in the Mountain Almanac section of TMJ News. Another nearby state park  gem is Dome Rock, known for  its assortment of  big horn sheep, and unique trail areas.

For more information about Mueller State Park, call 719-687-2366 or visit their website.

For many of these popular park areas, such as Mueller, canines are not allowed, due to the abundant supply of wildlife. Make sure you check with these facilities, or view their website, before letting your best furry friend join you on these escapades.