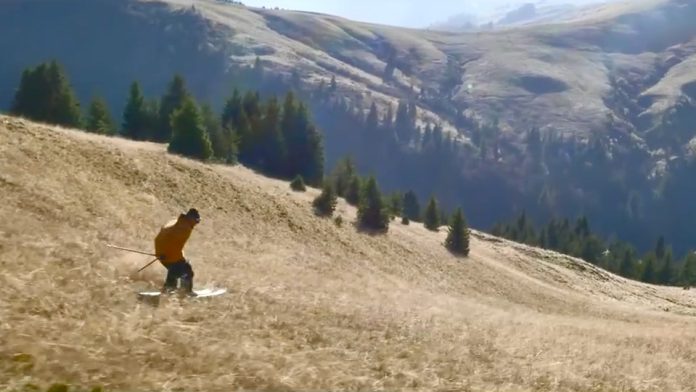 It’s now the second week in December, and all we’ve had so far in Woodland Park is 1-inch of snow, which disappeared practically overnight.

Other areas of the Teller High Country got a little more moisture, courtesy of a recent storm, but nothing to write home about.

Last week, and continuing into this week, first snowfall records have fallen all around the state. On December 2, Pueblo hit a high of 73-degrees, Colorado Springs hit 71, even Alamosa, which is usually a state icebox, hit 59-degrees.

On Thursday, the Colorado Springs area reported a heat record held since 1926.  Forget the images of skiing, as they have now been replaced by people frequenting golf courses, wearing shorts, in early December.

Next week, the preliminary reports call for colder weather, but not much in the form of precipitation.

The heat, on the other hand, is worrisome. When people talk about Colorado’s climate, there’s one line that’s shared a lot: the state has warmed up around 2 degrees Fahrenheit over the last several decades.

That might not sound like a lot on its own, but climate experts said it has real implications for our water supply, wildfires and how we live our lives day to day. Assistant State Climatologist Dr. Becky Bollinger said, “We know that the Denver area and a lot of areas around the state and country are experiencing more 90 degree days than we used too. Consider if you grew up in Denver in the 80s … in the 1980s you probably only saw about 20 to 30, 90 degree days that were considered the really hot days. That wasn’t the normal for summer. Now it’s more common to have 90 degree days and less common when we have cooler 80 degree days.”

With the state expected to keep warming, it doesn’t bode well for droughts.

“Just the western half of the state that is still in that … where we have now exceeded 40 weeks of extreme drought,” said Megan Holcomb, a senior climate specialist with the Colorado Water Conservation Board.

The warm and dry conditions this fall has contributed to a longer growing season and that can dry out the soils. If that happens, more of the spring melting snow would likely get soaked up before running off to rivers and reservoirs.

All of Colorado is under drought conditions, according to the National Integrated Drought Information System, (NIDIS, a division of the National Oceanic and Atmospheric Administration, NOAA). The U.S. Drought Monitor also has Colorado in a state of drought. According to their map Teller County is under “unusually dry” conditions on the scale of drought. This designation is the lowest on the drought scale.

Hopefully, December and the rest of winter/fall will bring copious amounts of snow to the state. Right now, according to Snotell (a snowfall measuring organization), the current snowfall accumulation in the state is at an average of only 55-percent of normal. The South Platte drainage is at 66-percent of average and the Arkansas drainage is at 67-percent of normal. Those two drainage systems are the major source of our water here in Woodland Park.