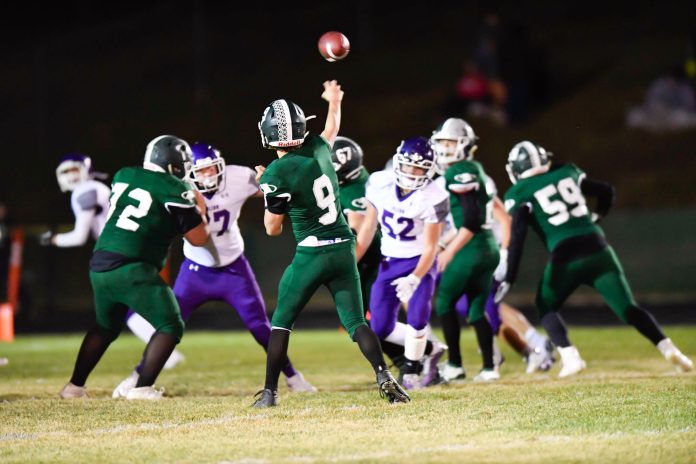 The stands at the Woodland Park High School football stadium were packed last week for the Panthers’ long-awaited 2022 homecoming contest.

In fact, some fans were forced to stand on the side of the field.  Panther buffs were not disappointed, as the WP team obliterated the Salida Spartans 48 to 6 Friday evening. 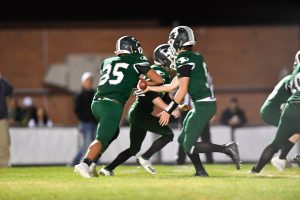 The game featured one of the biggest fan turnouts in recent years, a fact that wasn’t surprising, following a festive parade downtown earlier in the week.  The student body showed up in groves as well as many alumni members who  decided to support their home team.

Throughout the game, it was a one-sided match, as the Panthers dominated on both sides of the ball. The one score Salida did get was off of a 37-yard pass, and then the Panther defense stopped anymore scoring. 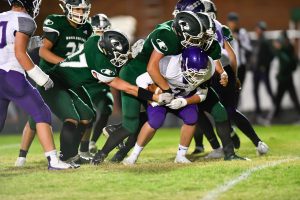 The Panther offense also looked impossible to stop as they were gaining yards on just about every play they tried. But similar to the tactics used in a previous win, the Panthers relied on their secret weapon: The quarterback sneak play, which proved to be very effective once again.

Despite some preliminary criticism, even from TMJ insiders, it turns out that the Panthers new “ground and pound” offense style could be paying off. Their offensive line has stayed strong, a factor that gave their ground game extra ammunition. 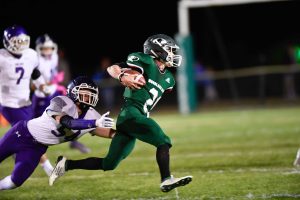 Junior Running Back Aiden Hernandez has been a real standout.  This trend continued in last week’s game, as he was able to break away and make some big plays. In the first four games, Hernandez had 68 carries for 331 yards and two touchdowns. The running back averages almost five yards per carry and rushes for more than 80 yards per game.

Senior Andrew Harper has also come in key with 28 carries and 163 yards. During last week’s game, the Panthers effectively utilized both of their quarterbacks,  junior Mason Pyles and sophomore Bryce Broeker. 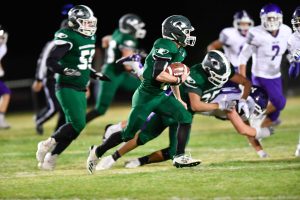 According to Panther Football Coach Chad Drummond, the team has had some lower classmen from the junior varsity team step up and help them win the last three games. Broeker has stepped in and looked good while leading the offense. Last week, they would put him in when they wanted to run the QB sneak play.

The coach also said that freshman cornerback Parker Shreeve is another young player that has stepped up and helped the team be successful. During the three games Shreeve has played, he has picked up four tackles and three assists. Last week, he was in on some key special teams plays and he came into the game in the fourth quarter to help the Panthers seal the deal.

Currently, the Panthers are 3-2, winning their last three consecutive games in impressive style. With their 1-0 league record, the Panthers are currently tied with The Classical Academy (TCA) for first place in their division. Woodland Park is currently ranked 18th in the state in the 2A division.

The Panthers have three games left in their season and they are all three big league matches. This week, the Panthers might have their toughest challenge of the season as they take on the undefeated 5-0 TCA Titans on the road.

The following week, the Panthers return home to play their last game on Panther Field. On  Oct. 22, they   their take on their rival and defending state champion, the Manitou Springs Mustangs. The good news is that the Mustangs are 1-5 this year, far short of last year’s championship bout.

The Panthers then play their last game of the season on Oct. 29 against the 3-3 La Junta Tigers on the road. If the Panthers can win out their season, they might be able to find themselves in the playoffs this year.