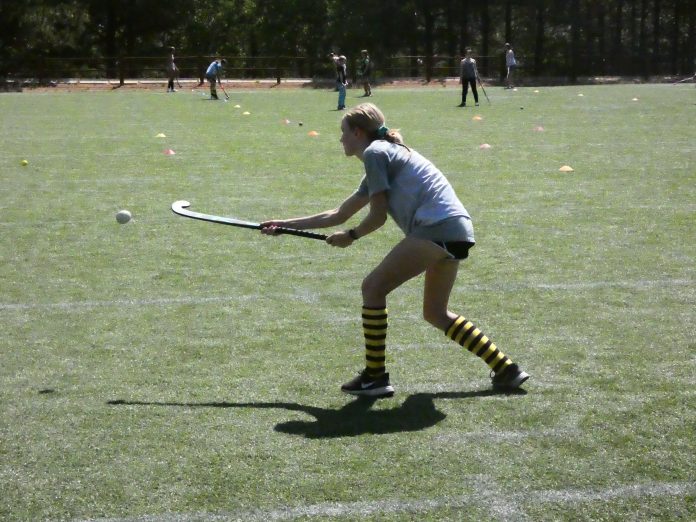 Dozens of kids were spotted  running around the fields with sticks, challenging each other and practicing their skills handling the ball with great vigor.

Was this a war game exercise,  a re-enactment of the haunting Lord of the Flies saga, or just an excuse for getting outdoors?

Answer: None of the above. 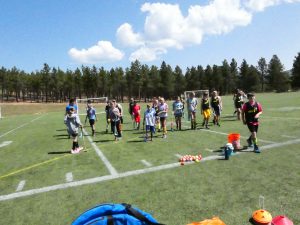 The local Hive Hockey club hosted a field hockey camp, where coaches were sent in from California to help the kids tune in their skills. Field hockey has never really been a popular sport in the area, but the Hive Club has been around since 2018. They have been training kids to play at the high school level.

However, since Woodland Park High School does not have a field hockey team, most of the kids from the club end up playing on the Cheyenne Mountain High School team. 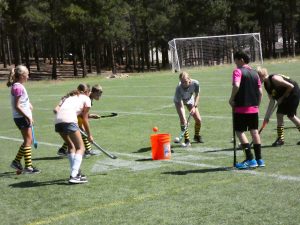 According to fieldhockeybc.com, the roots to the sport can be traced back to the world’s earliest civilizations. The most recent version of the game was started in the mid-1800s in the British Isles.

The sport is now played widely across the world and there are even men’s and women’s competitions in the Olympics. The game is played with teams of 11 on each side and they play on a field that is 60 yards wide and 100 yards long. 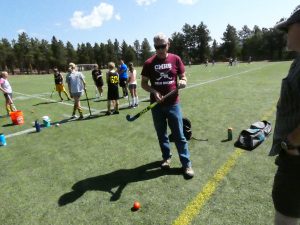 The rules of the game are similar to soccer, but instead of kicking the ball through the goal, the players hit a smaller ball with a stick. And, unlike ice hockey,  the stick has one rounded side and one flat side and the players can only hit the ball with the flat side of the stick.

According to club team owner and coach Elzeth Hetzler, who originally came to the U.S. from South Africa with her husband Doug, she has put much effort into bringing field hockey to the country’s youth.

“I grew up with field hockey,” Hetzler said. “Back in the day when Doug and I first moved to the United States I was kind of bummed out that there wasn’t really any field hockey. And so, when we moved to California, I started my first club. As a kid growing up, field hockey was such a big part of my life and I had so much fun playing, I just thought it would be nice for other kids to have that opportunity. When we moved from California and came here it was the same thing. People who may not be interested in other mainstream American sports take well to it. And it does take a really skilled, smart player to play field hockey because unlike ice hockey you cannot use both sides of the stick.” 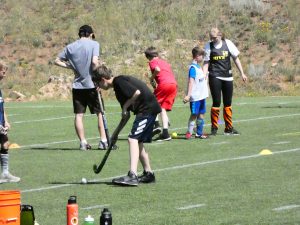 Before the COVID-19 pandemic struck, the Hive hockey club had over 30 members playing. The club team plays four seasons every year with the winter seasons getting played indoors in a smaller area.

The kids practice twice a week and they split all of the members up into teams to play games. They also play other competitions against club teams in Monument and Denver. 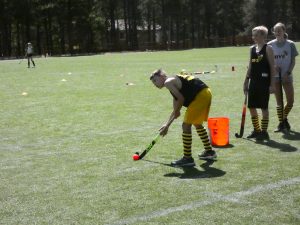 The children that play on the club team can go from being a Hives player to playing in high school and possibly even at the Olympic level. One of the coaches on Hetzler’s California club team currently plays at the professional level.

However, after growing their club locally for the last three years, the Hetzlers have decided that they are going to relocate out of state soon. “There is massive interest and we are looking for somebody who would want to take it on and continue coaching these players,” Hetzler said. “Someone can reach out to me if they are interested in coaching. We are currently trying to figure out if there is someone who can coach so the kids can continue playing.” 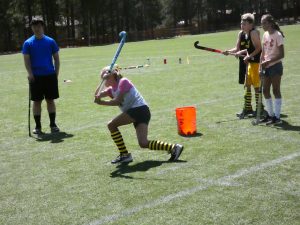 Those who are interested and would like to learn more about field hockey can tune into the Olympics right now and watch both men’s and women’s competitions.