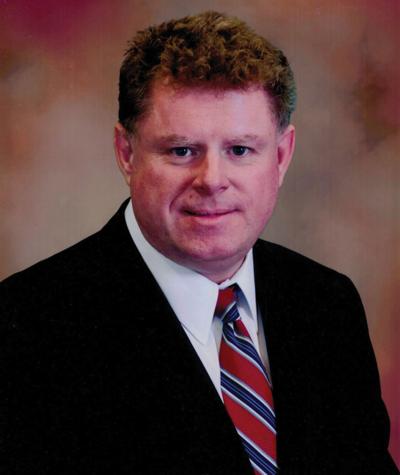 WP Council Seeks Changing of the Guard With DDA

And on Thursday evening, the Woodland Park City Council took this one step further and appointed several new members to the board that could result in changes for the operations of the DDA.  Their decision marked a victory for those seeking new faces on the board and a defeat for proponents of certain members of the old DDA guard.

Among the list of departed were: DDA Treasurer, Tanner Coy and DDA Board Member Nick Pinell.  Born who has served as one of the original members was reappointed.

Three applications were submitted by individuals who have not served on the board before. Two of those applicants, Arden Weatherford and Tony Perry, have a long history of dealings and run-ins with the DDA

In 2018, Weatherford and Colorado Beer Garden LLC sued the DDA over a parcel of land on the Woodland Station property.

Perry is president/chief executive officer of Park State Bank & Trust.  He is a long-time critic of the DDA’s handling of their financial obligations to pay the city back the nearly $2-million dollar loan they owe the government for preparing for the development of Woodland Station, once dubbed as DDA’s commercial anchor area. It is the area that once served as the town’s former rodeo grounds and was the home of the Saddle Club.

Jon Gemelke is a newcomer to DDA business. According to his Facebook page, he is an avid motorcycle aficionado and an advocate for the homeless.

All three new applicants were approved by council. These selections, made by a 3-1 vote (with Councilwoman Stephanie Alfieri recusing herself due to her “personal intimate relationship” with Tanner Coy) could mark changes for the DDA.

The last time incumbent DDA board members approached council to extend their terms, the elected leaders debated long and hard and ultimately couldn’t reach a decision.  But as a result of this inaction, those incumbents were allowed to continue their roles with the board by virtue of the DDA’s bylaws.

The DDA has a long history of  love/hate relations with city council. This drama reared its ugly head again recently over a $30,000 budget item for 2021, originally allocated to the DDA for Woodland Station improvements. Some council members insisted the DDA could not use those funds for monies not dealing specifically with a specific Woodland Station development project, while other council members claimed they could use the monies for needed improvements in the development area.

The board briefly addressed their relationship with council again at last week’s meeting.

DDA Chairperson Merry Jo Larsen said, “It’s a new day. We’re going to have a new board. We need to move forward with a positive attitude.”

The upcoming Salute to Veterans rally was also a topic of conversation at the meeting. Specifically, the board discussed using the Woodland Station property as a parking area for the event, scheduled for Aug. 20-21.  The board agreed this is a good idea and is working on a plan to make the property available for the event.

Another topic of conversation involved the construction of a platform on the cog railroad car in Bergstrom Park. The board is working with designers and contractors to come up with a price and plan to build the platform.

Eventually, the board discussed two maintenance issues in the DDA’ district. Some of the lampposts around town are in dire need of repainting. The board would like to collaborate with the city to get this done. City Manager Michael Lawson said he is willing to consider a proposal by the board to see if the city can help with the painting.

The board then briefly took up the prospect of power washing sidewalks and building fronts in the district. This is an ongoing debate that comes up often with the board. In the past, the board has kicked around the idea of purchasing their own power washing unit to deal with the issue.

This idea was scrubbed due to environmental regulations, which require the capture of chemical used in the process of power washing. The board has also considered collaborating with the city in this endeavor. However, the city is reluctant to get involved with this issue. Ultimately, the board tabled this issue for a later meeting.