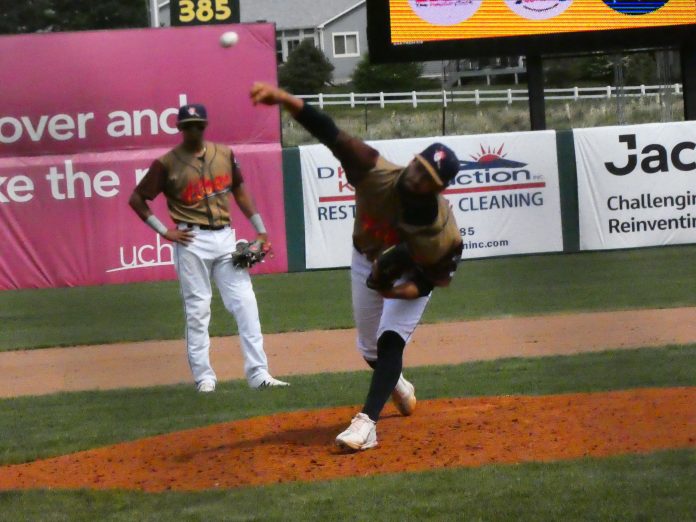 Now that summer is officially here, the Rocky Mountain Vibes live baseball action is back in full swing.

In keeping up with the old minor league tradition, look for some great entertainment to make up for the slumping winning stride. But after all, in this league the fan and employee shows, capped by bizarre contests, often take center stage.

Even though the team has struggled to win games recently, the festivities at the game have still been entertaining fans. Plus, the team’s trash-talking rap videos they have posted on their social media pages are quite hilarious

On June 26, after the Vibes game against the Idaho Falls Chukars, fans took part in a free-for-all marshmallow fight in the stands. Campfire Marshmallows provided hundreds of bags of marshmallows to the fans so they could go at it. The event marked the first marshmallow fight in Colorado Springs Baseball history and they most likely will start a tradition of doing it every year. 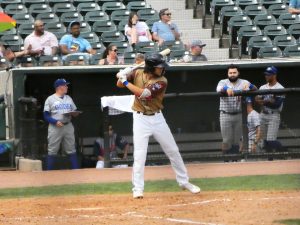 That next Monday for the matinee game, they did a theme event where all of the Vibes’ employees dressed up as different characters from the Super Mario Brothers video game. At one point all of the staff members raced around the diamond while sporting their costumes.

And then last Friday, the Vibes held their special 4th of July fireworks display after the game. And, the Vibes broke their nine-game losing streak by coming up with a 10-2 victory against the Grand Junction Rockies.

However, during the last two weeks, not only have the Vibes struggled while on the field, it has been a struggle for them to even get out there. During the last nine-game-in-a-row home stand, several of the Vibes’ games were postponed, cancelled, and rescheduled due to rain and lightning.

According to the standings, the Vibes currently are the worst team in their Pioneer MLB partnership league with their 9-26 record. However, the team is much younger on average than pretty much all of the other teams in their league, and it is still early in the season. 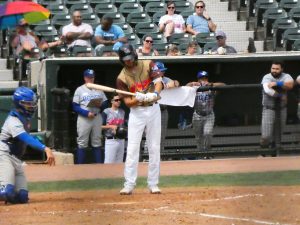 Despite having good batters, the Vibes struggles can mostly be blamed on their pitching. Pitcher Johnatan Lopez has pitched the most games with 15, has a 0-2 record and a 6.05 ERA. The best pitcher statistically so far this year has been Onas Farfan who has pitched seven games, and sports a 1-1 record and an ERA of 4.15.

However, according to the Vibes Public Relations Specialist Aaron Kinnischtzke, the Vibes have recently made some roster changes that should help the team be more successful. “Throughout the home stand, the Vibes saw the emergence of 16 year-old slugger Carlos Tirado,” the PR rep said. “Activated for the first time on Wednesday 6/23, Tirado showed poise at the plate and clubbed two home runs over the six-game stretch. Other notable additions to the Vibes roster included pitchers Heriberto Sanchez, Juan Diego Pineda, and Eduardo Vera, who all pitched well in the series. In a season in which the Vibes staff has struggled to keep opposing hitters at bay, these new arms showed promise.”

This week the Vibes come back home on Wednesday to play a six game home stand against the 24-12 Idaho Falls Chukars. They take next Tuesday off,  and then continue at home with three games against the 18-17 Grand Junction Rockies.