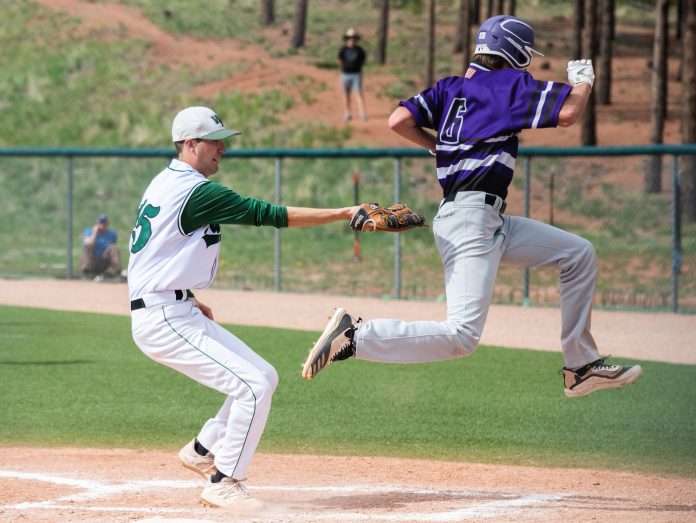 Even though the Panthers didn’t end up with a winning record this season, they still had quite an exciting year filled with ups and downs.

In the beginning of the season the boys looked tough  and made a bid at becoming playoff contenders. But then towards the end of regular season play, they lost some key games that knocked them out of any postseason possibilities.

The Panthers were busy last week as they ended their season playing four games. The matches were piled on at the end of the season due to previous weather cancellations. 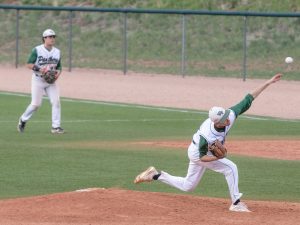 Last Monday, the team battled yet again with Mesa Ridge, but this time on their home field. The game was going back and forth when it was stopped due to lightning. Once play resumed, the Panthers came back and tied the score 9-9. The game resulted in the first tie of the year for the Panthers.

The team played again at home on Tuesday where they won a crazy high-scoring bout against Palmer 24-17. The Panthers then finished their season by playing two games against the tough Canon City Tigers. On Thursday, the Panthers lost 9-7 on the road and then on Friday they encountered a brutal beating, losing 18-0 at home. However, from the outset they faced difficult odds of overcoming the Tigers.

The boys ended their season with a 4-5-1 league record and a 5-7-1 overall record. The Panthers finished fourth in their 4A Colorado Springs Metro South league, sitting behind Mesa Ridge, Canon City  and Coronado. 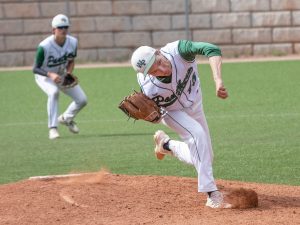 The team was led most of the season by star senior left-handed pitcher Cameron Chase, who ended the season with a 3-3 record and earned a 3.61 ERA (earned run average). Chase also picked up 11 hits, 16 runs and earned a .333 batting average.

Senior catcher Jacob Babin led the team offensively by picking up 17 hits and 14 runs. Babin only missed one game and he earned a .472 batting average for the season.

Senior first baseman Trace Taranto also had a good season as he played in all thirteen games and earned a .325 batting average. He got 13 hits, 17 RBIs, and he was the only Panther to hit a home run this season.

Unfortunately, all of the team’s starters, except junior second baseman Tyler Thime, are seniors.  As a result, the team will be starting from scratch next year. Hopefully, the boys currently playing JV (Junior Varsity) ball will step up and make a successful varsity team for 2022.